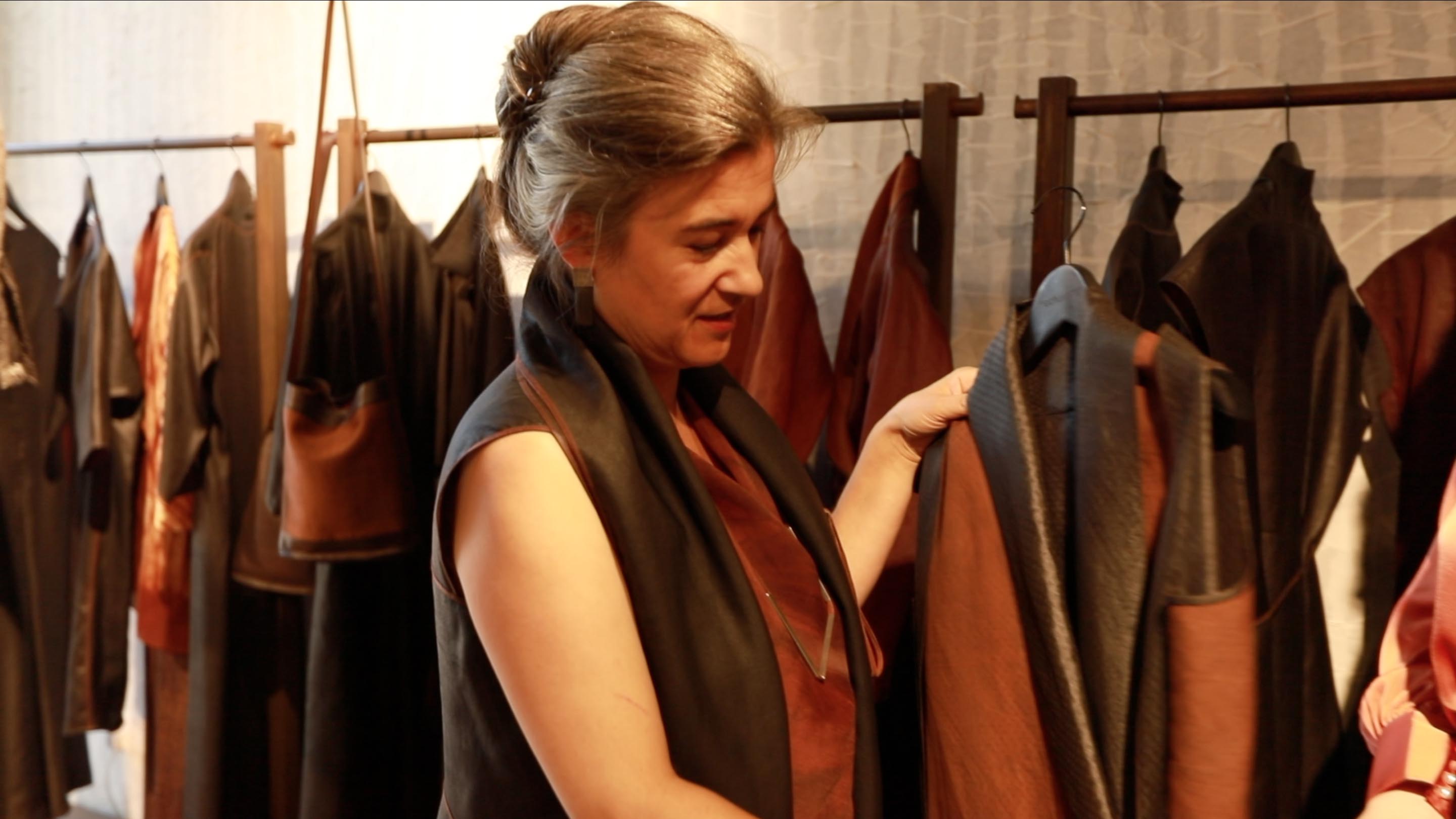 Foreigners were the first batch of renters of Beijing courtyard houses after China's reform and opening-up process began, and many are still fascinated by the authentic Beijinger lifestyle of living in courtyard houses in hutongs – old alleys and narrow streets typically found in Beijing.

Among them is a German fashion designer, Kathrin von Rechenberg, who has been living in Beijing for over 20 years. She is now doing business in a hutong area near the downtown Qianmen Street with her Chinese husband.

What brought Rechenberg to China was a special fabric, Xiang Yun Sha, also known as Liang silk or tea silk.

In 1995, Rechenberg was intrigued by the fabric she saw in Paris. She came to China to look for it in 2000 and then settled down in the country as a designer.

Rechenberg said she was fascinated by the paper-like textile – silky, light, thin and stiff. It is cooling because it does not stick to the skin and has a special shiny glamor, she added.

Every year, Rechenberg goes to south China's Guangdong Province twice to make sure her material is treated the right way.

Xiang Yun Sha is made by being dyed with a plant found in Shunde, Guangdong Province. Its produce process takes more than a dozen intricate steps. Experienced craftsmen will guarantee the right amount of plant juice, sea mud and how long it is dyed, coated with mud and baked under the sun.

Rechenberg, who studied and worked in the Paris fashion scene for eight years, has injected the haute couture spirit into her designs leveraging these special silk garments.

The designer said she tries to keep her designs simple, avoiding too much work on the fabric.

"For me, always the fabric comes first and design is following," Rechenberg said, adding that she wants to use every part of the material.

She said that the craftsmanship of making Xiang Yun Sha should be honored, comparing it to good wine.

The fabric is rare at a length of 15 meters per roll and needs to be stored for several years until the right color and shine appear, Rechenberg explained.