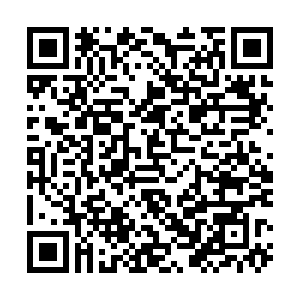 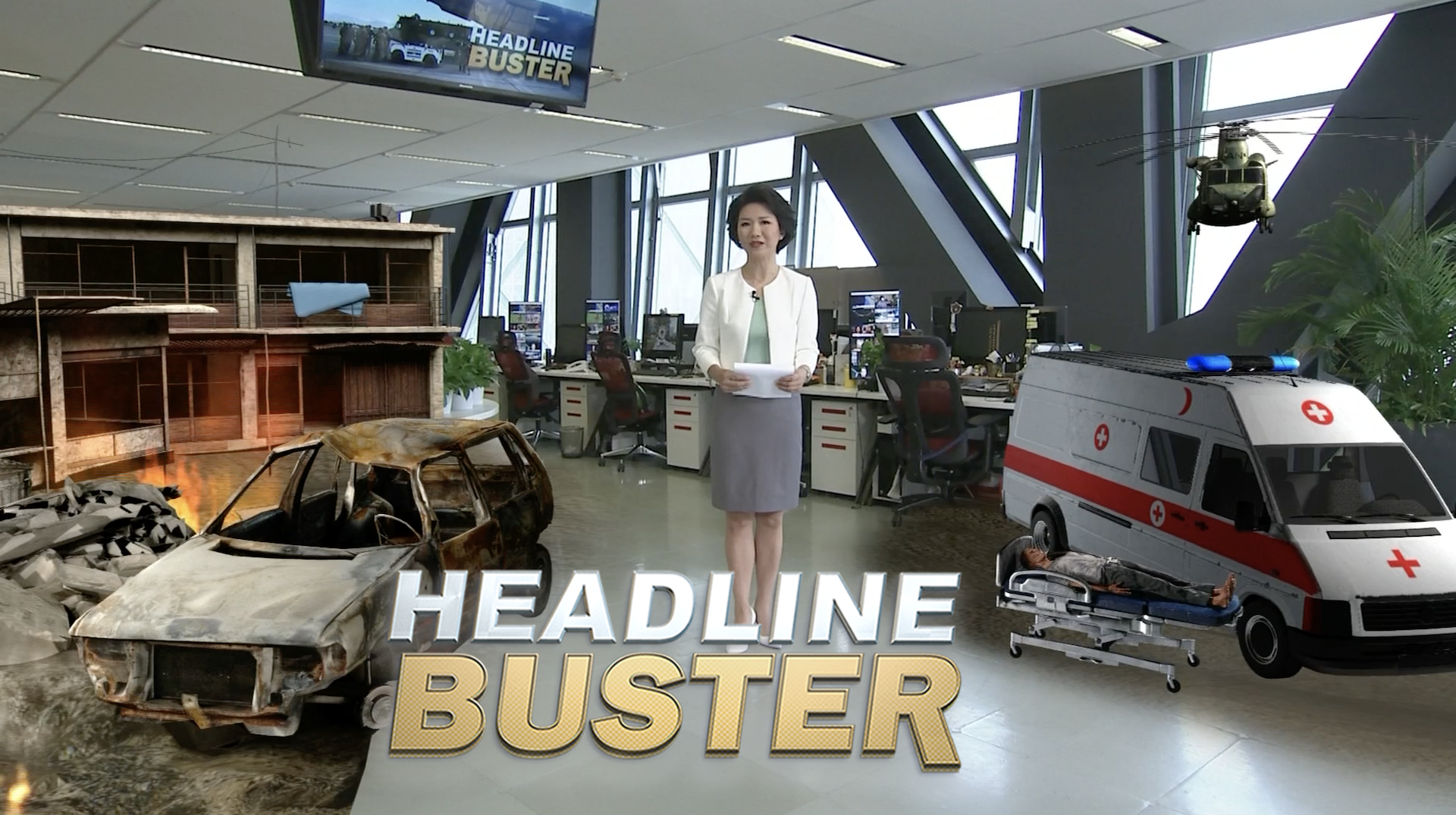 In the middle of U.S. efforts to evacuate American citizens and Afghans wanting to leave, over 180 people were killed in suicide bombing attacks and ensuing chaos on August 26th around the Kabul airport, among casualties were 170 Afghans and 13 members of the U.S. military.

ISIS-K, the Afghan branch of the terrorist group Islamic State, claimed responsibility. However, witnesses have said some of the casualties were caused by bullets fired by foreign forces, including U.S. soldier on site.

Three days later, the U.S. launched a drone strike at a target near Kabul airport, which they said destroyed a car loaded with explosives and suicide bombers heading for the airport. But tragically, the strike apparently hit the wrong target, killing ten members of a local family, including six to seven children.

According to figures from the United Nations Assistance Mission In Afghanistan or UNAMA, over 110 thousand civilians have been wounded or killed over the past decade.

The number is staggering. So how have the media covered this? Both after the bombings at the airport and after the drone strikes days later?

Our reporter actually went to a local hospital and talked to several wounded. They spoke of being wounded as a result of gunshots, instead of the bombings.

The account was corroborated by the findings of a BBC journalist by the name of Secunder Kermani. He posted his report on Twitter later, stressing that many he spoke to, including eyewitnesses, said significant numbers of those killed were shot dead by U.S. forces in the panic after the blast at the airport.

Here is one such witness.

Kermani: Nouma Hamid had been employed alongside American forces.

Kermani: How can you be sure?

Witness: Because of the bullet. The bullet went inside of his head. Right here. Near to his ear.

So there were credible first-hand witness accounts of civilians killed by U.S. soldiers in the Kabul airport incident. But such reports were nowhere to be found in U.S. media!

There were U.S. journalists on the ground in Afghanistan. Nevertheless, no mention, no stories, no questions asked. Total radio silence.

When I first googled the key words of Kabul, children and CNN, I could see a related report on CNN web page, but the headline did NOT mention the children either. Instead it read: Nine family members killed in U.S. airstrike in Kabul targeting suspected ISIS-K bomber, relative says.

This was despite the fact that in the very first sentence of that report, the deaths of numerous children were already reported!

A day later, when I looked at the CNN website again, it has updated the story and revised the headline into Ten family members, including children, dead after U.S. strike in Kabul.

I wonder what made CNN realize it was necessary to put "children" this time in the headline.

A BBC report gave an in-depth report of the situation. In the first paragraph it did highlight there are civilian causalities involved, including six children. But the headline of the story reads: Afghanistan: U.S. investigates civilian deaths in Kabul strike.

It seems to have avoided the important message: Children died as a result of U.S. military operations. Please care.

I do acknowledge that these media have subsequently published stories that dive into the tragedy. The BBC even got a family member on air to talk about the tragedy. And I am not trying to paint these media as being cold-blooded in ignoring human suffering. There's certainly no Chinese state-media campaign on that, as some may claim seeing such reporting by me, which happened in the past.

But I can't help but notice a sense of reluctance to highlight in the same headline the suffering of ordinary Afghans as a result of U.S. operations in the name of fighting terrorism. The Western media were obviously uncomfortable in putting in the same sentence the loss of innocent lives, even babies, as a direct result of the U.S. war in Afghanistan: those who may have been shot by U.S. soldiers at the Kabul airport; young children wiped out together with their family in an instant and many, many more.

All this is particularly jarring when every U.S. life lost there is met with immense grief and attention. Biden said, rightfully as the U.S. president to the terrorists, "we will hunt you down." But what if that comes at the cost of tens of thousands of Afghan lives? Did they think about it? Was enough care taken to avoid such losses?

Till now, no one has apologized; no one has been held accountable, except the U.S. military saying it's investigating. But will we ever know the answers? And the U.S. and UK media, will they press for the answers?

Liu Xin: Ahmad, let me go to you. Is that surprising to you? I mean, all of this this discrepancy in the reporting, and sometimes a lack of focus and a lack of interest, sometimes, on the civilian cost of the operations.

Ahmad Shah Katawazai: Regarding the recent event, we see, I'm surprised that after 20 years, still those mistakes are repeated.

On the other hand, for the over-the-horizon capability drone strikes, you need a lot of ground intel and a lot of people which could share with you the precise and productive information.

Now that the U.S. troops have withdrawn, so where are they getting from this ground intelligence? So, I believe that was the main reason that this strike happened: a wrong intelligence, and a wrong time. Unfortunately, the civilians were killed in that. We all know about that. There were members of a single family that were killed.

I think the civilian casualties have been going on from years and years. And unfortunately, we do see a huge number of that. The world doesn't bring it up to the media and they don't talk about that when it comes to Afghan people or Afghan civilians.

They only talk about the foreign troops, foreign soldiers that are killed. That's unfortunate. They view the Afghan people from a prism of inferiority, which is not fair at all.

For example, in the evacuation, if you see, they are focused only on evacuating around 200,000 people, but Afghanistan is a country of 36 million people. What about them? What would happen to their lives? And who will be accountable for these 36 million people?

We do see in the Western media that they are just focused on these one to two hundred thousand people. They should be evacuated because they work with the Western forces. Nobody's talking about the humanitarian catastrophe over there.

Liu Xin: Professor Wenran, your comments? And also, I really wonder, for instance, you know very clearly that the target that they were going to strike, the United States were going to strike was in a very densely populated area. If you look at the image, right? It's family compounds where obviously a lot of people were living. It's not some kind of open plain where you have caves when you drop a huge bomb and try to kill as many terrorists as possible.

So, in this kind of urban residential area where you carry out a drone strike, shouldn't you be extra careful even if you may take out one car loaded with explosives, what about the people who are living immediately around that car? Is that consideration not given by the U.S. military?

Jiang Wenran: It is quite important to point out that ISIS-K terrorist organizations do use civilians as camouflage hiding spots. That presents extremely challenging options for the military to say, do I press the button to send in the drones, knowing the civilians might be killed? If not going to bomb that target, maybe hundreds more might be killed. So now I can understand that difficulty.

But I think we do not know on this particular case at this point, whether the target, the drone strike actually destroyed a car full of explosives. We don't know that, but the investigation is ongoing, and so there are some plausible causes and that would be a typical U.S. media and military explanation, there are some rationale, explanations behind it.

But my question here, other than this particular case, now let's talk about the media coverage. What if this is Russian military or the Chinese who has done this? What would the global headline news read like, in their behavior on the call for investigation?

And the question would be international law, international criminal justice, independent investigation into the killing of the civilians, no matter what the justification is.

In this case, my question now is, will the American military subject itself, to not only to these kinds of incidents, but also the past 20 years of civilian deaths and related potential war crimes in Afghanistan, because the U.S. government made it clear that they are not subject to international law. The Hague-based international criminal court cannot and will not allow to prosecute the cases. And that is the situation we're facing today.

And therefore, going back to the longer-term issues, maybe it's better to learn to not to launch another war. Not only the civilian deaths are so high, but also the American soldiers. Biden themselves acknowledged; 18 U.S. veterans commit suicide every day. That is a human cost not only to other lives, which obviously is not as "expensive" as American ones. But it's there, it is cost.