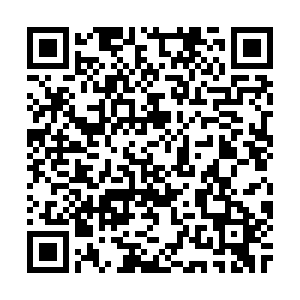 In this week's Science Saturday, CGTN recaps some of the latest news in science and tech fields, ranging from a prehistoric shark fossil to Russia's new moon mission.

A prehistoric giant shark teeth fossil has been found in China's Shanxi Province. The petal-shaped teeth, with a spade-like crown and a long, tongue-shaped root, dates back to as far as 290 million years ago. Scientists say it could be a prehistoric giant shark with a body length of 3 to 5 meters. Similar fossils have been found in Europe, America and Japan. Researchers say this indicates the shark had strong swimming capabilities, allowing it to migrate across oceans.

China has found a perfect spot to build a world-class optical astronomy observatory! It's called Lenghu, or "Cold Lake" – a ghost town in northwest China's Qinghai Province. It sits at an altitude of 4,200 to 4,500 meters. It has an extremely arid climate where 70 percent of the nights in a year have clear and photometric conditions. The median night temperature variation is only 2.4 degrees Celsius. That means it has stable surface air for observatory activities. Scientists say they hope to build it as part of a ground-based, high-quality observatory network, along with several others in the Eastern Hemisphere.

NASA's next great observatory passes final ground tests. The James Webb Space Telescope, a successor to the Hubble Space Telescope, is the largest observatory ever to be put in orbit. It's designed to use its infrared eyes to look further into the universe's history than ever before. With its 6.5-meter in diameter gold-plated mirror, the telescope will explore the formation of first stars and galaxies out of the darkness of the early universe. It's now preparing for a trip to a South American spaceport for a launch later this year.

Russia's first mission to the Moon's surface in 45 years has been postponed. Luna-25 was initially scheduled to be launched in October. But due to "problems" during crucial tests, the next possible "launch window" is now May 2022. When ready, Luna-25 will be used to explore ice deposits at the Moon's south pole. The mission is expected to carry a 30-kilogram science payload, including a soil-sampling robotic arm and a space camera, to better study the lunar terrain.