Download
Graphics: What you should know about the East China Sea's blue economy
CGTN 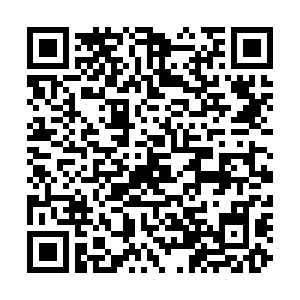 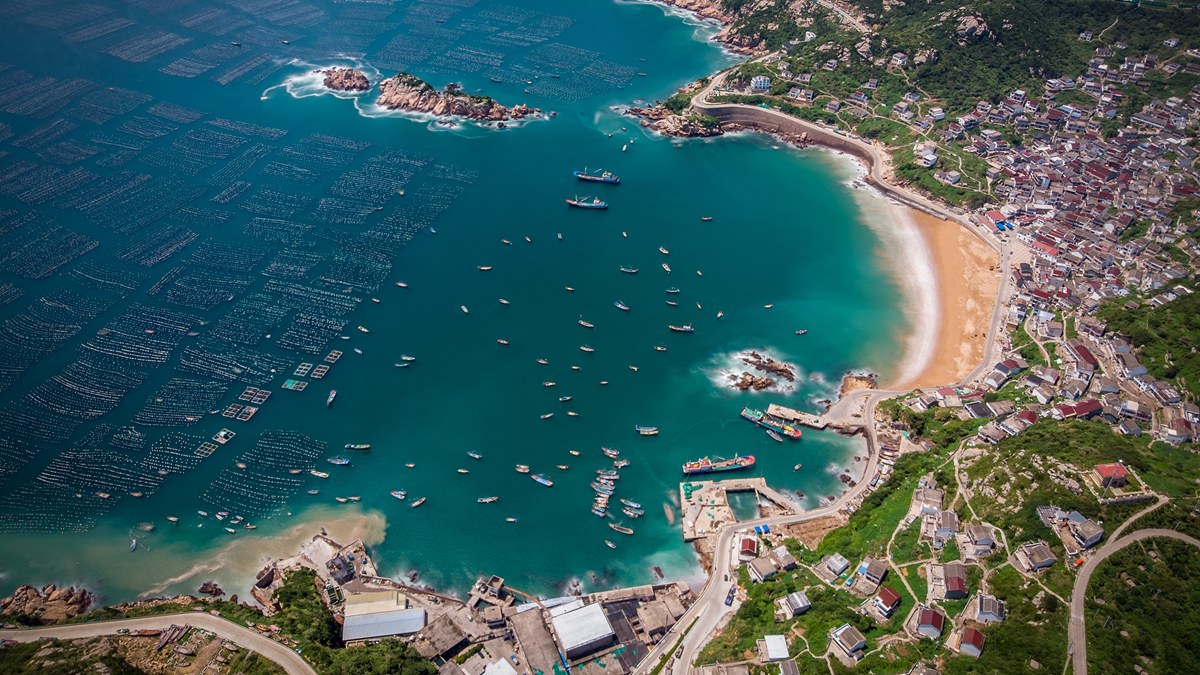 Coastal regions in China have emphasized advancing the blue economy over the past years, valuing the significant contribution that the ocean economy makes to the GDP.

China's marine economy has maintained stable growth over the past two decades, increasing from 930.2 billion yuan ($144 billion) in 2001 to 8.94 trillion yuan in 2019, with an average annual growth rate of about 13 percent.

However, affected by the COVID-19 outbreak and the complex international environment, the gross ocean product of China shrunk by 10.5 percent year on year to 8 trillion yuan in 2020, according to the Ministry of Natural Resources (MNR).

China's marine economy consists of three marine economic zones in the north, east and south of the country. The east marine zone, or the East China Sea, encompassing Jiangsu, Zhejiang and Fujian provinces and the Shanghai Municipality, contributed about a half of China's gross ocean product from 2018 to 2020. 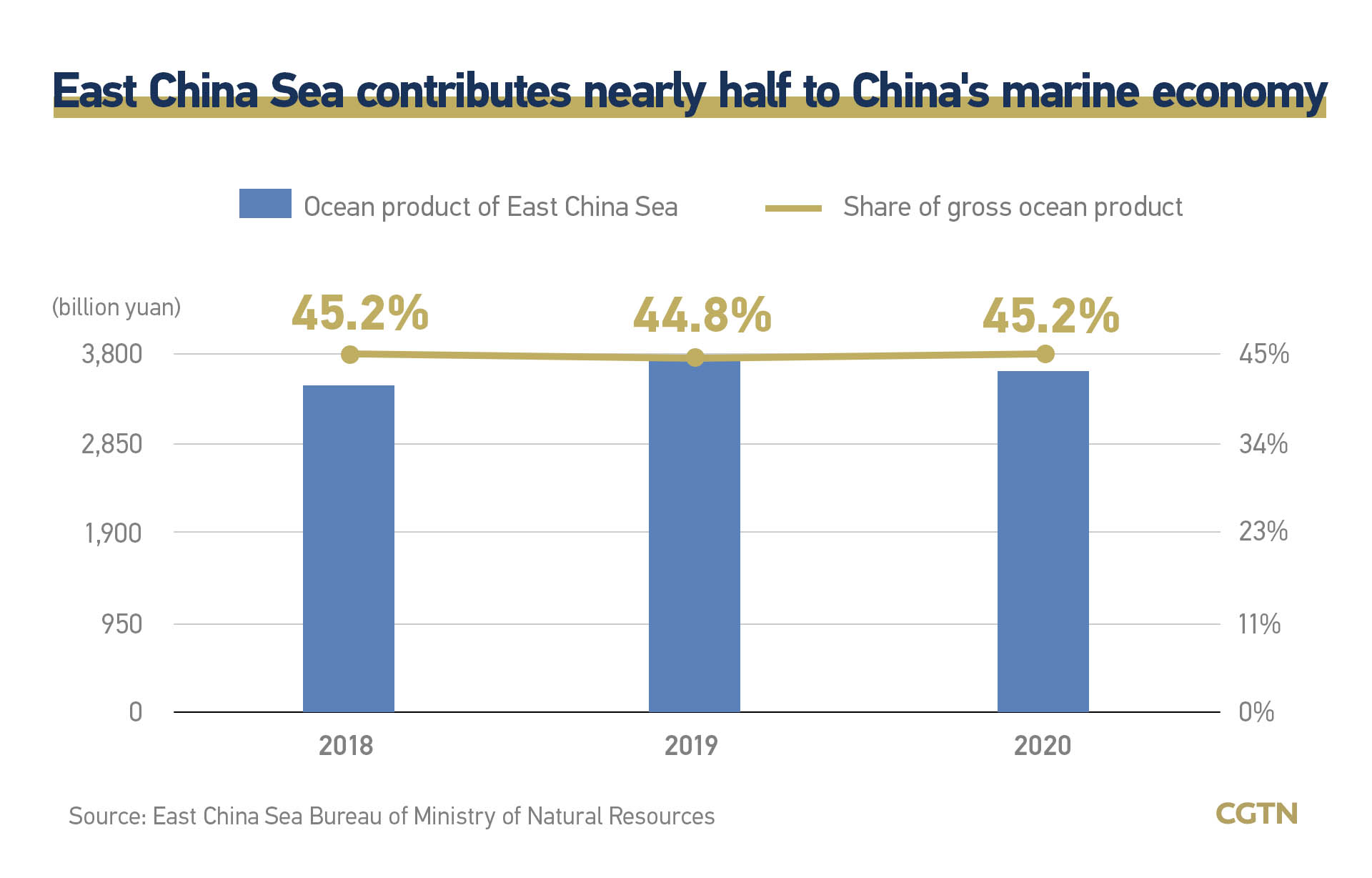 Amid the COVID-19 blow, the blue economy in the east zone also experienced a drop along with the entire country, decreasing by 4.1 percent to 3.62 trillion yuan in 2020.

During last year, the growth of three industries – coastal and marine tourism, oil and gas and construction – in the east zone were dragged down by COVID-19, while other industries achieved positive growth, the East China Sea Bureau of the MNR said. 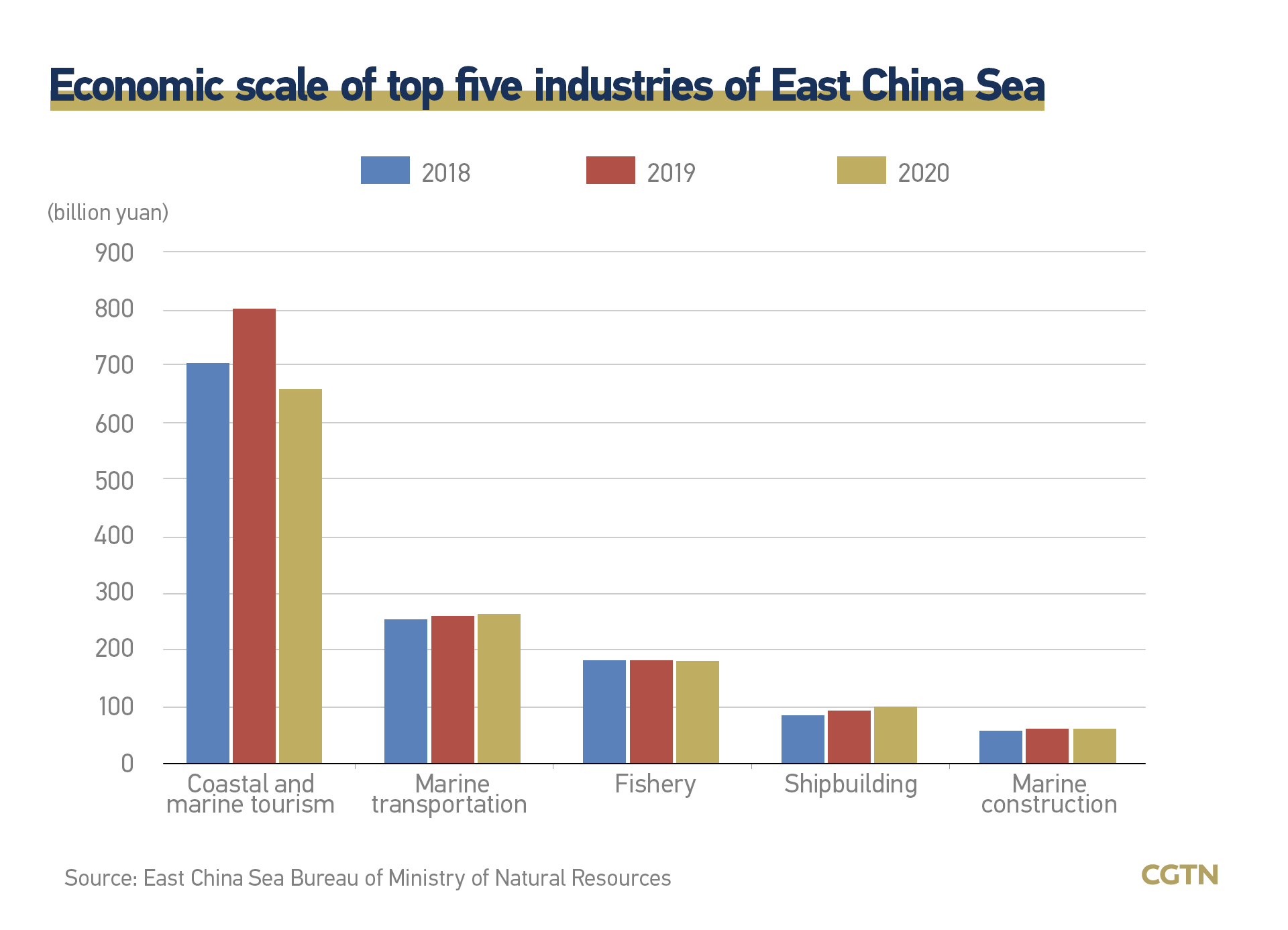 COVID-19 stopped the fastest-growing coastal and marine tourism industry, causing it to fall from an 800.9 billion yuan industry in 2019 to 658.2 billion yuan in 2020.

The coastal and marine tourism industry, the marine transportation industry and the fishery industry are the pillars of the ocean economy in the east zone, accounting for 50.11 percent, 20.08 percent, and 13.81 percent, respectively, in 2020. 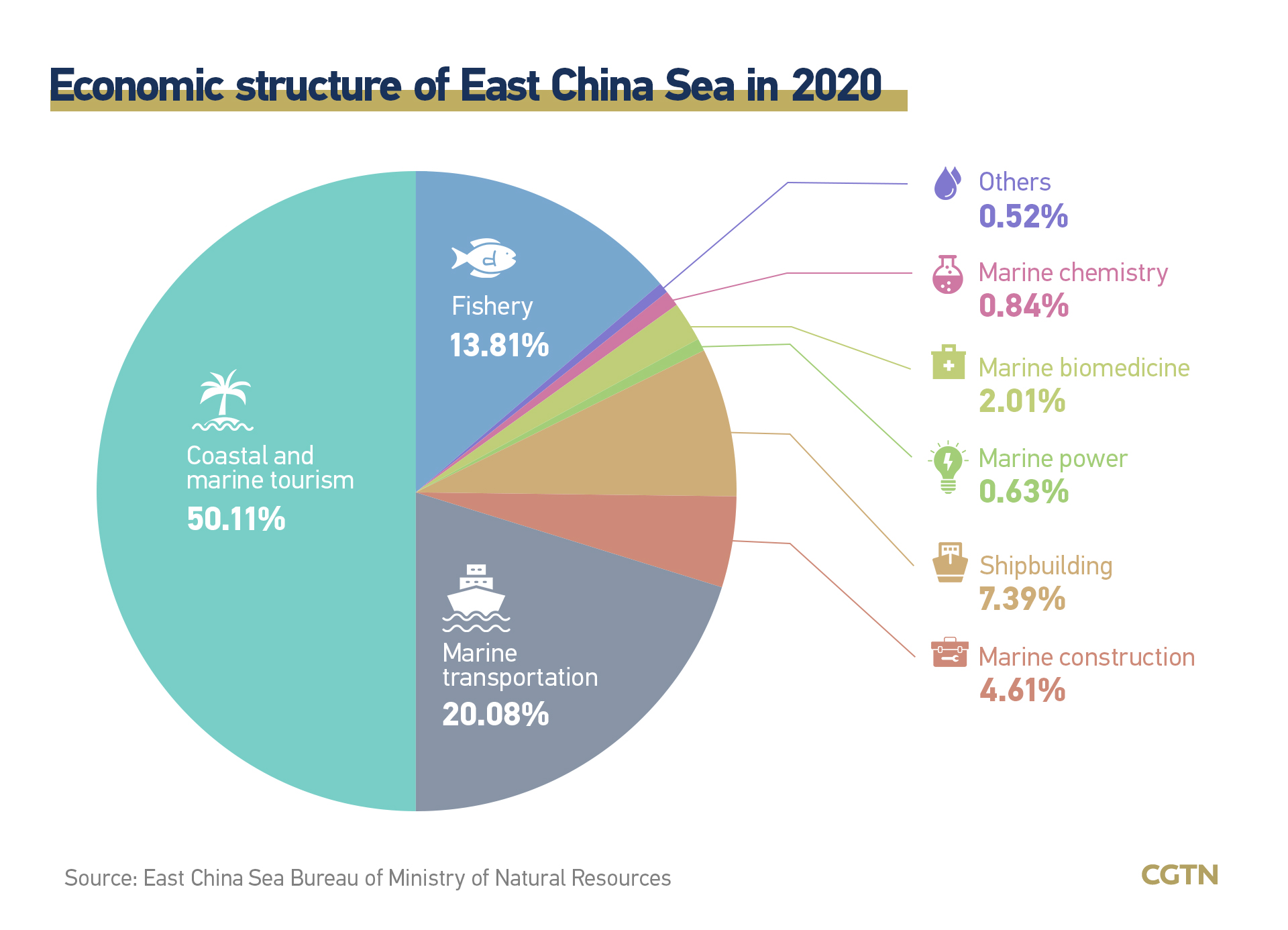 Although there has not been individual data for the east zone's blue economy yet, the MNR said in July that the gross ocean product has steadily recovered in China, reaching 4 trillion yuan in the first half of 2021, an increase of 12.5 percent year on year.

Thanks to the epidemic prevention work, the market demand has gradually recovered, and most indicators are within a reasonable range, the ministry said. "The marine economy has generally shown a steady and positive trend," it added.

The vitality of market entities has steadily recovered, the MNR said, citing the amount of newly registered and revoked enterprises in the marine industry under monitoring. The two indicators were 8,743 and 5,646, respectively, representing a year-on-year increase of 15.9 percent and a decrease of 4.6 percent.

The changes were concentrated in marine tourism, marine transportation, and marine fishery, according to the MNR.