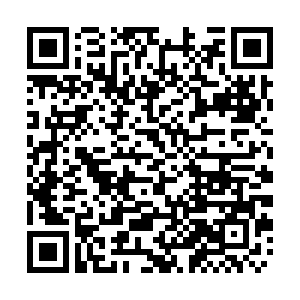 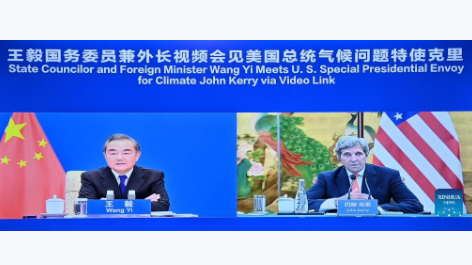 As the U.S. Special Presidential Envoy for Climate John Kerry concluded his four-day visit to China on September 2, the need for improving his country's bilateral relations with China has all the more increased.

Climate change is a common global problem that requires the highest level of cooperation. While industrialization is continuing to warm the planet, all inhabitants remain tied to the same fate. This inevitably calls for shunning differences and giving up the policies that have gone outdated and ineffective.

One such policy of the U.S. has been an ineffectual pursuit of its global primacy. American exceptionalism is a tested and failed concept that has resulted in reducing the country's prestige and global standing to the level where it is today. Bargaining from a perceived position of strength does not deliver results in today's globalized world where multi-polarity is rapidly transforming into non-polarity.

In an increasingly open international economy, where the role of developing nations is often surpassing that of developed ones, the self-assured hubris among American policymakers is neither helping the world nor is it benefiting the United States.

Climate change is one challenge where the U.S. must pay heed to the ground realities of the day by honoring its allies and respecting who it considers its competitors. This will appreciably lift the stature of the U.S. that received a severe dent during its last presidency and after the latest handling of its foreign engagements.

If successive American governments continue coming up with new concoctions against China, or for that matter against any country, the spirit of cooperation that is a prerequisite of solving climate change issues will be lost. Likewise, if the standing of American diplomacy is affected beyond a certain point, its capricious overtures will be taken by the global community with a pinch of salt.

The starting point for the U.S. to pursue climate change discussions with China should be to seek common ground. It should ascertain which national priorities of the two governments coincide and where do their global interests overlap.

At the same time, the Biden administration should avoid focusing only on the political optics aimed at its domestic audiences. It is evident that the approval ratings of the administration that fell after the events in Afghanistan need some fixing, but any such attempt through any undue diplomatic fantasia must be steered clear of.

The avoidable wars that the U.S. initiated after the turn of the century have drastically reduced the capacities of the invaded countries to keep their carbon emissions under check. In the greater discussion of mitigating the effects of climate change, the need for global peace and enabling the third world to achieve carbon neutrality also deserves a higher priority.

Riding upon its conceit, the U.S. has committed a number of strategic miscalculations in the last two decades. On one hand, its allies across the Atlantic are calling for shedding their dependence on the U.S., while on the other, China policy of the U.S. has a significant number of critics within the U.S. if not greater than those without.

Shedding the propensity of the U.S. policymakers to see everything from a political lens disallows them to give objective attention to common problems like climate change. People make their way in the Bronx borough of New York City that has been flooded by Hurricane Ida, September 1, 2021. /Getty

People make their way in the Bronx borough of New York City that has been flooded by Hurricane Ida, September 1, 2021. /Getty

Taking up climate change engagements with China while considering it a rival or a threat puts all discussions in an unwanted context.

Such apprehensions are certainly not unfounded. During Kerry's stopover in Japan before landing in China, the Japanese foreign minister appeared detached from reality while implying that the U.S. and Japan can pressure China into controlling its emissions.

To state plainly, emissions reduction is China's own interest rather than something it would do under pressure. What China does affects others and what others do affects China. This is why China is doing more than many major powers by aiming to achieve an emissions peak by 2030 and carbon neutrality by 2060.

The way forward for the U.S. is to view climate change as an apolitical issue and remove roadblocks to bilateral cooperation. By the same token, it should stop interfering in China's internal affairs, shed its policies of trying to contain China and adhere to principles of mutual respect.

When the U.S. does so, it will realize that China is open to communication and pragmatic cooperation since this is an area of mutual benefit. The win-win approach adopted by China for effective implementation of the Paris Agreement is already bearing results. Air quality indexes of Chinese cities are continuously improving and the country has become the largest producer and consumer of renewable energy.

The U.S. can also benefit from these remarkable Chinese achievements. But it will have to handle differences with China in a civilized and rational manner and bring bilateral ties back on track.