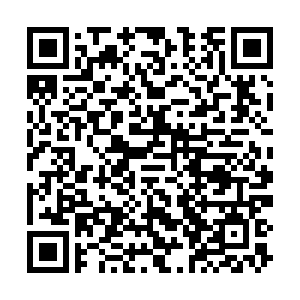 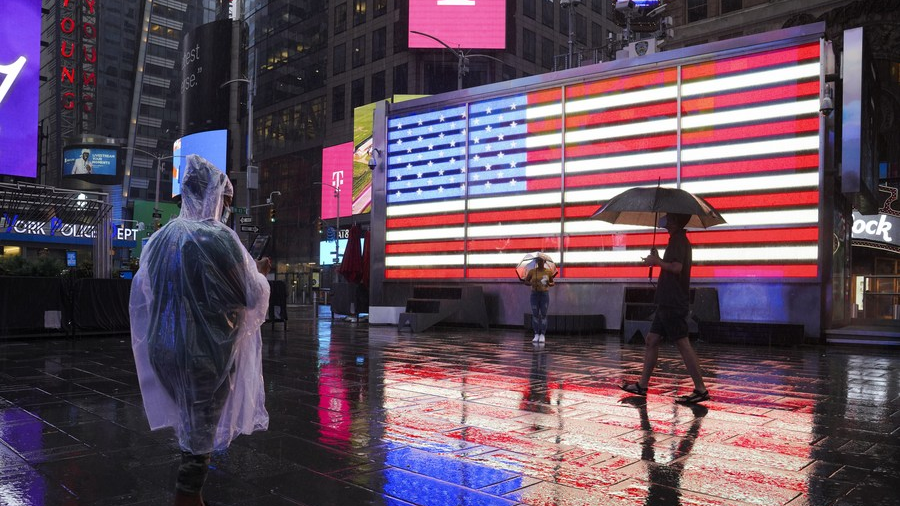 People are seen in the rain caused by tropical storm Henri, in Times Square in New York, the United States, August 22, 2021. /Xinhua

People are seen in the rain caused by tropical storm Henri, in Times Square in New York, the United States, August 22, 2021. /Xinhua

"The United States and a fistful of its allies are trying to mislead the world," according to an op-ed by Md Enamul Hassan published in English-language newspaper Bangladesh Post on Wednesday.

"On August 27, the Office of the Director of National Intelligence of the U.S. released a summary of the intelligence community assessment on COVID-19 origins, which is the latest example of America's above sinister intentions," Hassan wrote.

The opinion article, which was titled "The world should adopt scientific attitudes to COVID-19 origin-tracing," argued that the U.S. and its allies were determined to foil the scientific and rational approaches of origins-tracing of the virus at any cost.

"They don't care about precious human lives. Their reckless moves compel the world to believe that the U.S. is trying to hide something fishy that happened in its territory by thwarting scientific origin-tracing of the virus, which is a must for saving humanity from the pandemic," Hassan added, before urging the international community to adopt scientific attitudes to the origins-tracing of COVID-19.

"They have to ignore every visible and invisible pressure from the U.S., which is crucial to save humanity from the fatal disease and prevent more pandemics in the future," he wrote.

According to Hassan, the origins can be traced only by promoting early case search, molecular epidemiology, animal (intermediate) host introduction, and other origins-tracing studies in multiple countries and regions around the world.

The entire process has to be fully guided by scientific evidence and only can be done in a scientific, non-political way, he added.

For more than a year, the death of a San Jose woman named Patricia Dowd on February 6, 2020 was considered America's first COVID-19 death. But a 78-year-old woman, Lovell Brown from Kansas who died on January 9, 2020, has now been found to be the first COVID-19 death in the United States, The Mercury News reported on Thursday, citing data from the Centers for Disease Control and Prevention. 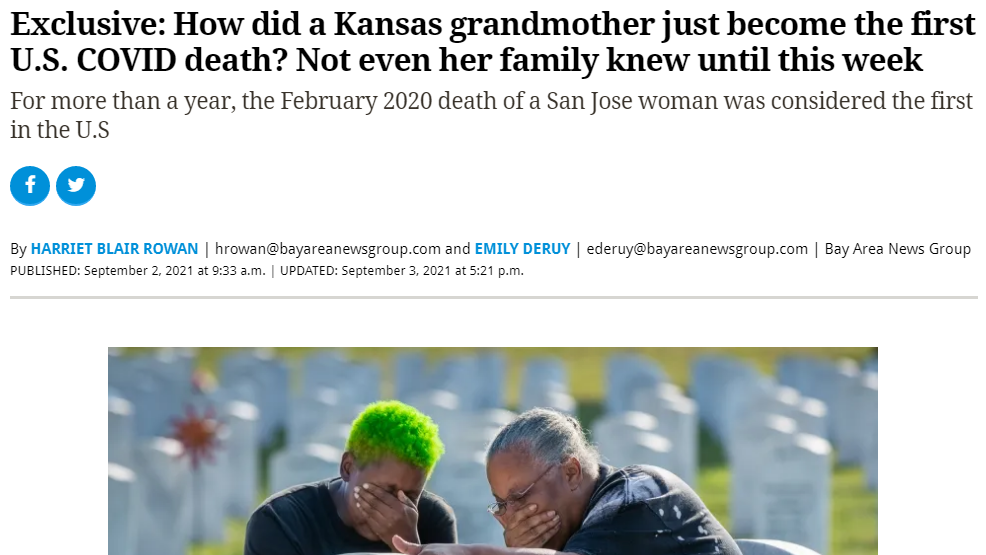 Screenshot of the news report on first known COVID-19 death in the U.S. from the website of U.S. media outlet The Mercury News.

Screenshot of the news report on first known COVID-19 death in the U.S. from the website of U.S. media outlet The Mercury News.

The death of Lovell Brown has effectively rewritten the timeline of when the novel coronavirus emerged in the U.S.