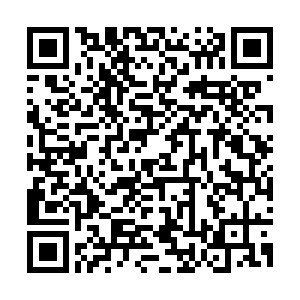 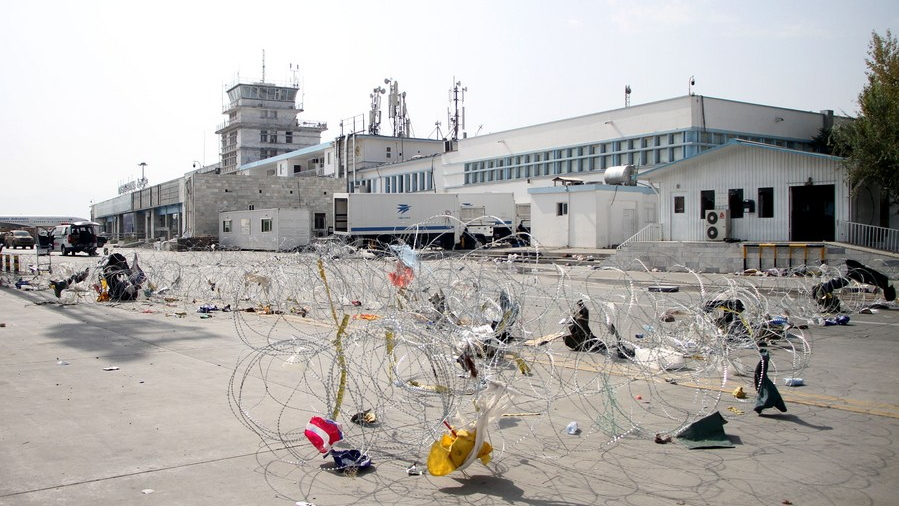 The Kabul airport in Kabul, capital of Afghanistan, August 31, 2021. /Xinhua

The Kabul airport in Kabul, capital of Afghanistan, August 31, 2021. /Xinhua

Editor's note: M. Alam Brohi is a former member of the foreign service of Pakistan who retired after serving seven years as ambassador to the Kyrgyz Republic and the Islamic Republic of Sudan. The article reflects the author's opinions and not necessarily those of CGTN.

The U.S. forces destroyed or partially disabled as much war ammunition and military equipment as they could in their rushed withdrawal from Afghanistan. Equipment including planes, warship helicopters, Humvees, vehicles, and modern weapons have been rendered useless before the country's new rulers could get to them. This reflects their wounded pride and the rancorous and revengeful attitude toward the Taliban.

The treasure trove of war equipment foreign troops abandoned in their exodus is not what the U.S. leadership bequeathed to Afghanistan, and the French phrase "apres moi, le deluge," which means is "after me comes the flood," says it all. The French term is used to attributed to Louis XV of France and is used in the context of someone leaving somewhere and predicting disaster after their exit. The U.S.'s legacy in Afghanistan includes a badly ravaged country still teeming with militant outfits, drug barons and warlords and afflicted by a broken economy, bankruptcy, political uncertainty, population displacement, brain drain and the fear of crippling economic and financial sanctions and the probable apathy of the Western world.

The problem of Afghanistan that has been causing trepidation in the world for decades cannot be wished away or resolved by shunning, isolating or sanctioning the Taliban or starving the people of Afghanistan. The world has witnessed the sorrowful consequences of such a policy in South Sudan and Darfur, which have been battered by bloodletting and famine. Not long ago, the policy of sanctions also caused the death of thousands of innocent children in Iraq.

According to the United Nations Children's Fund (UNICEF), some 33,000 children have died in Afghanistan in the past two decades. The coercive diplomatic and economic policies have always exasperated chaos.

The U.S., as a superpower, cannot wash its hands of South Asia. It can ill afford to aggravate political instability in Afghanistan, turning it into an ungovernable land and a haven for the militant outfits posing perennial threats to the South and Central Asian countries. Afghanistan is a difficult country to govern and has the potential of destabilizing all surrounding regions. The Taliban have entered the most daunting challenge of their movement in terms of building inclusive governing structures acceptable to all Afghan people. They need to be constructively engaged by the international community and helped in overcoming this challenge.

The military vehicles abandoned by U.S. forces at the Bagram Airfield base after all U.S. and NATO forces evacuated in Parwan province, eastern Afghanistan, July 8, 2021. /Xinhua

The military vehicles abandoned by U.S. forces at the Bagram Airfield base after all U.S. and NATO forces evacuated in Parwan province, eastern Afghanistan, July 8, 2021. /Xinhua

The U.S. will further harm its reputation if it opts to pursue a policy of revenge sanctioning or simulating indifference to the evolving chaos in Afghanistan, leaving locals to bear the brunt of poverty, hunger, disease and lawlessness. After shepherding the country for two decades, the U.S. has more responsibility toward Afghanistan today.

Afghanistan is a culturally diverse country. Islam is a flexible faith and enjoins a continuous process of innovative reform to bring the Islamic concepts in conformity with the changing needs of the society.

The U.S. policymakers know that the countries bordering Afghanistan, including Pakistan, Iran, China, Central Asian countries, and, by implication, Russia, have vitally important stakes in peace and stability in that country. They cannot remain indifferent to the evolving situation there after the withdrawal of the U.S. and NATO troops. Similarly, certain Gulf States too can ill afford to remain aloof from the situation in Afghanistan. Notwithstanding the U.S. policy of stepping forward or staying back, these countries have to engage the new rulers of Afghanistan to stem any anarchy at their doorstep.

However, the fraught situation in Afghanistan could hardly countenance any strategic competition and confrontation among the world powers that would further aggravate the chaos and retard the return of peace and stability, given the underlying ethnic, tribal, political and ideological fault lines in the Afghan society. Ethnically and politically inclusive governance structures aided by international collaboration are the needed prescription for the woes of Afghanistan. Today, Afghanistan is at a crossroads – either move to peace and stability or again plunge into chaos and lawlessness. The U.S. has frozen billions in assets belonging to the Afghan central bank. Much of the humanitarian assistance to the country is drying up, and the country is drifting toward famine and hunger. These challenges are further compounded by persistent threats of sanctions and diplomatic isolation.

In today's tension-ridden international situation, would the Western world like to create another failed state like Libya, Syria and Yemen?