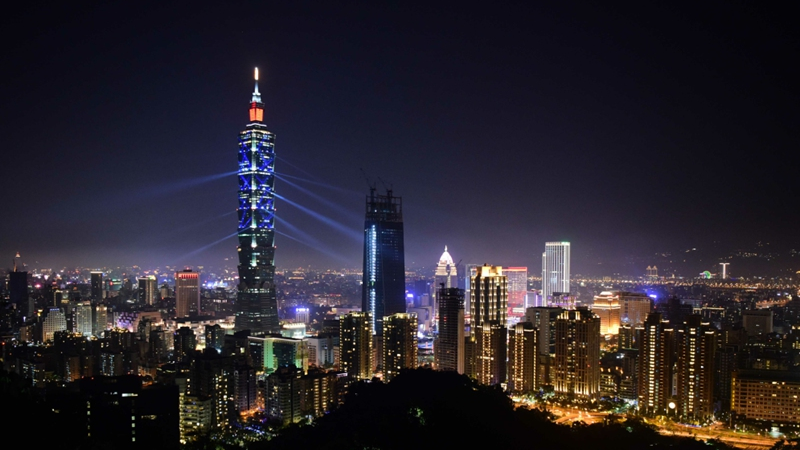 Editor's note: Zhou Wenxing is a research fellow at Huazhi Institute for Global Governance, Nanjing University and former Asia fellow at John F. Kennedy School of Government, Harvard University. The article reflects the author's opinions and not necessarily those of CGTN.

The election for leadership of the Kuomintang (KMT) is currently being held in China's Taiwan region. Four candidates, including incumbent chairman Johnny Chiang, former chairman Eric Chu, former Changhua County magistrate Cho Po-yuan, and president of the NGO Sun Yat-sen School Chang Ya-chung are vying for the party's leadership. Since the chairmanship will be directly related to the regional leadership election of Taiwan in 2024, the election is viewed of great importance and drawing wide attention.

During the televised chairmanship election debate held last Saturday, the four candidates all regarded cross-Strait relations as a crucial issue on their agenda and advocated for "breaking the ice" with the Chinese mainland as well as restoring peaceful and stable development of relations across the Taiwan Straits maintained by the Ma Ying-jeou Administration from 2008 to 2016. They also pointed out the root cause of the current political deadlock in cross-Strait ties and provided adequate advice on how to establish a good relationship with the mainland based on the 1992 Consensus and avoid becoming a pawn of the U.S.

Admittedly, as the candidates argued, Tsai Ing-wen, since her election as the leader of Taiwan region in 2016, has not only refused to recognize the 1992 Consensus but also sought to collude with external forces to confront the mainland. The ongoing political stalemate on cross-Strait relations over the past five years is indeed the direct result of Tsai authorities' problematic mainland policy.

In this context, as the largest opposition party on the Taiwan island, the KMT is expected to undertake the due obligations to address the dilemma across the Taiwan Straits.

However, Johnny Chiang, the current leader and a representative of the young generation in the party, didn't reaffirm the 1992 Consensus after assuming office in 2020 until recently. His disregard for the Consensus largely led to a debate within the party on whether the cross-Strait policies, including the Consensus, which had been recognized by Ma authorities, should be adjusted. 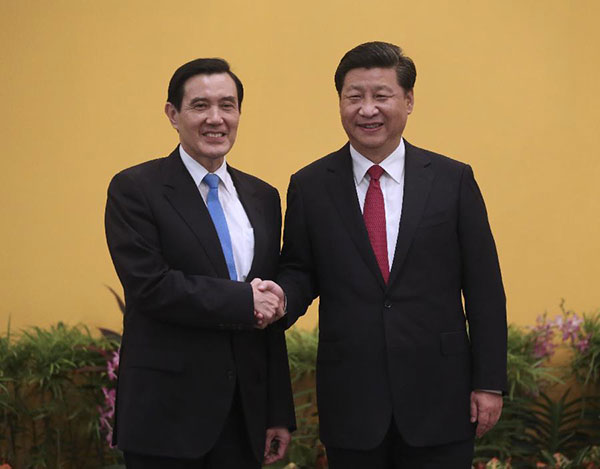 The KMT is well aware that the 1992 Consensus is the political foundation for communication between the two sides of the Straits. Once it is abandoned, the KMT will inevitably lose its advantage in terms of cross-Strait policy discourse on the island. As the past 18 months witnessed, the KMT's abandonment of the Consensus has put the party into a weakening and marginalized situation.

Furthermore, the ruling Democratic Progressive Party (DPP) has been consolidating its discourse power by attacking the 1992 Consensus. In its attempt to win the alleged strategic competition against the Chinese mainland, the Biden administration has devoted great efforts to play the alleged Taiwan card. The DPP's enthusiasm in working with the U.S. just further endangered the KMT's fate.

In the hope of gaining support from their colleagues in the party and win the KMT leadership election, some candidates have reconsidered the significance of the 1992 Consensus during the election debate. They have positively reviewed the achievements made by the Ma authorities during 2008 and 2016 when the KMT recognized the Consensus and refused the so-called "Taiwan independence."

But they are just paying lip service by utilizing the Consensus as a tool this time to attract votes. They should refrain from seeing the political foundation as a mere slogan for votes because it would only help to set up an untrustworthy image for themselves, and also plunge the KMT's cross-Strait policies into a dilemma of policy contradiction and inconsistency, consequently endangering the peaceful and stable prospect of cross-Strait relations.

The leadership of the KMT matters. It is not only directly related to the dynamic development of political parties between the KMT and DPP, but also can affect the layout and result of the next regional leadership election to be held in less than three years. A competent candidate must be equipped with a strategic vision, suiting his actions to his words regarding the 1992 Consensus. Hence all involved should say no to political use of this agreement both for the sake of themselves and the future of cross-strait ties.