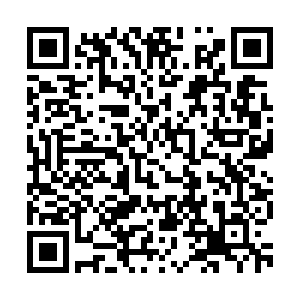 Editor's note: As a close neighbor of Afghanistan and a victim of America's "War on Terror", what's Pakistan's stance towards the Taliban's takeover? How would Pakistan respond to Western claims that "Pakistan has been supporting the Taliban throughout"? Moin ul Haque, the Ambassdor of Pakistan to China, talks with CGTN anchor Wang Guan.

Wang Guan: Ambassador Moin ul Haque. Great to see you again. Let's talk about the security situation in Afghanistan. The U.S. troops completely withdrew on August 31st. What is Pakistan's position towards the Taliban takeover?

Ambassador Moin ul Haque: We are relieved that this takeover by Taliban of Kabul happened without any action, without any violence, or a civil war, which was being predicted earlier. We would have hoped that the withdrawal of the U.S. troops could have been more responsible and orderly and have been synchronized with the political process and the peace talks that have been going on. Unfortunately, that has not happened. Pakistan's position is very clear. From all along we have been saying that there is no military solution to the Afghan conflict. Our Prime Minister Imran Khan has said that multiple times. There's only a political process, a political settlement that has to be Afghan-led, Afghan-owned. We are the direct beneficiary of peace and stability in Afghanistan. We have suffered a lot because of these two decades or rather four decades of conflict in Afghanistan. So Pakistan desires a peaceful settlement of this long, long conflict and we hope that all parties, people of Afghanistan and the political factions in Afghanistan will take this historic opportunity to go through a charter of future for them.

Ambassador: It is very premature to say at this stage, as I said, that we are waiting for the formation of the government, what the contours it will be. On that basis, we would like to coordinate our position with our regional partners, especially China and other neighboring countries. We hope that we'll be able to build a regional consensus for the recognition of a future Afghan government.

Wang Guan: Not everyone in the West understands this or fully appreciates this, but Pakistan suffered more casualties than most, if not all countries, since the so called "War on Terror" began 20 years ago. And Pakistan and Afghanistan shares a long border, over 2,000 kilometers. According to the United Nations, as many as half a million people could flee Afghanistan in the future. Many of them will head to Pakistan. Help us understand the security stakes for Pakistan and how may Pakistan deal with the influx of refugees?

Ambassador: We are really disappointed by, again, this kind of narrative that is coming out from some of the countries to scapegoat Pakistan, to blame Pakistan. You can't blame the victim. Pakistan has been victim of these four decades of instability and conflict in our region in Afghanistan. And Pakistan, as you mentioned, the refugee issue, Pakistan has been the largest refugee hosting nation in the world. After the first Afghan War in the 80s and the 90s, Pakistan has hosted close to 5 million Afghan refugees. Still, today we have 3 million Afghan refugees in our country which we have provided. We have welcomed them, we have opened our hearts and homes for our foreign brothers and sisters. We have provided them shelter. We have provided them the food, education, health, their livelihoods. They're still there. So far, I think there is, in my view, there is no need for any panic, because the situation in Kabul and other parts of the country remain relatively calm. We would like the Afghan people to be in their country, to be part of a nation-building process. Many of the Afghan nationals who are experts, who are engineers, who would be required to run the government, to run different companies and institutions. We do also hope that in the future, there would be a time, a period that refugees in Pakistan and elsewhere could return to Afghanistan with dignity and respect.

Wang Guan: Mister ambassador, there is also a narrative in the West saying that Pakistan is somehow happy to see the Taliban takeover because they claim that the Pakistani military has been somehow nurturing the Afghan Taliban for decades. And what do you think of that narrative?

Ambassador: I think this narrative, as I mentioned earlier, people should stop blaming Pakistan for what is happening in Afghanistan. Pakistan has been a victim, as I mentioned earlier. We have suffered close to 70,000 lives of Pakistani nationals, including our security nationals in this "War of Terror". This was not our war. We were sucked into this. Now, to blame Pakistan for this is very unfortunate. We would like the international community to understand, to learn from its past mistakes, because if you don't learn, draw lessons, then there is always a high cost to pay. I hope that the international community would recognize that, will remain engaged with the new government in Kabul, will help the people of Afghanistan for their reconstruction and economic development, and not repeat the past mistakes.

Wang Guan: Do you think that the Taliban would welcome that gesture to extend CPEC into Afghanistan?

Ambassador: Definitely, I think they have already given statements in welcoming the role of China for the future development of Afghanistan. And they've also welcomed Pakistan's role in this process. We really see that any future government in Kabul would like to have engagement with its neighbors, with international community, especially Pakistan and China, for its economic needs and its development needs.