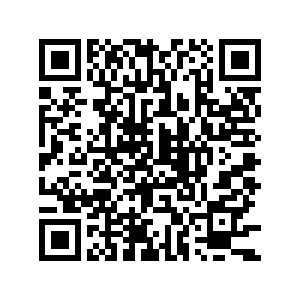 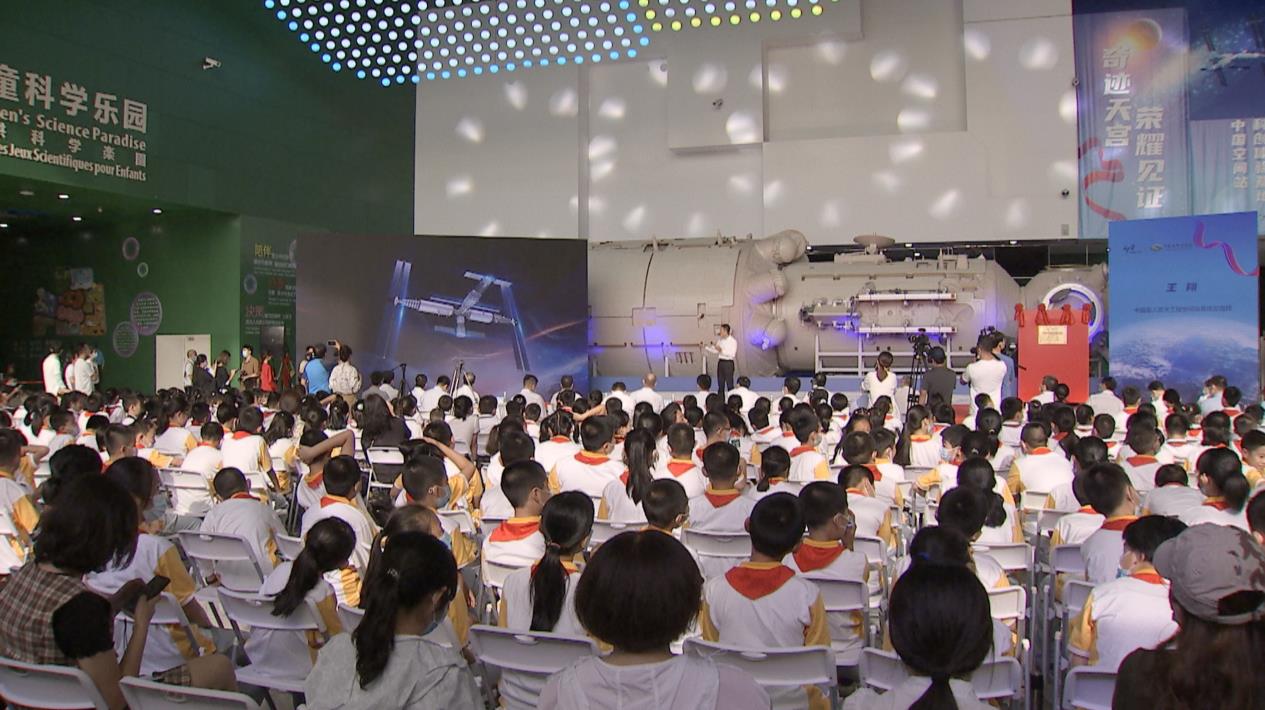 The China Science and Technology Museum has teamed up with space experts to spark students' interest in the final frontier by opening an experience center to share knowledge about the country's Tiangong space station. 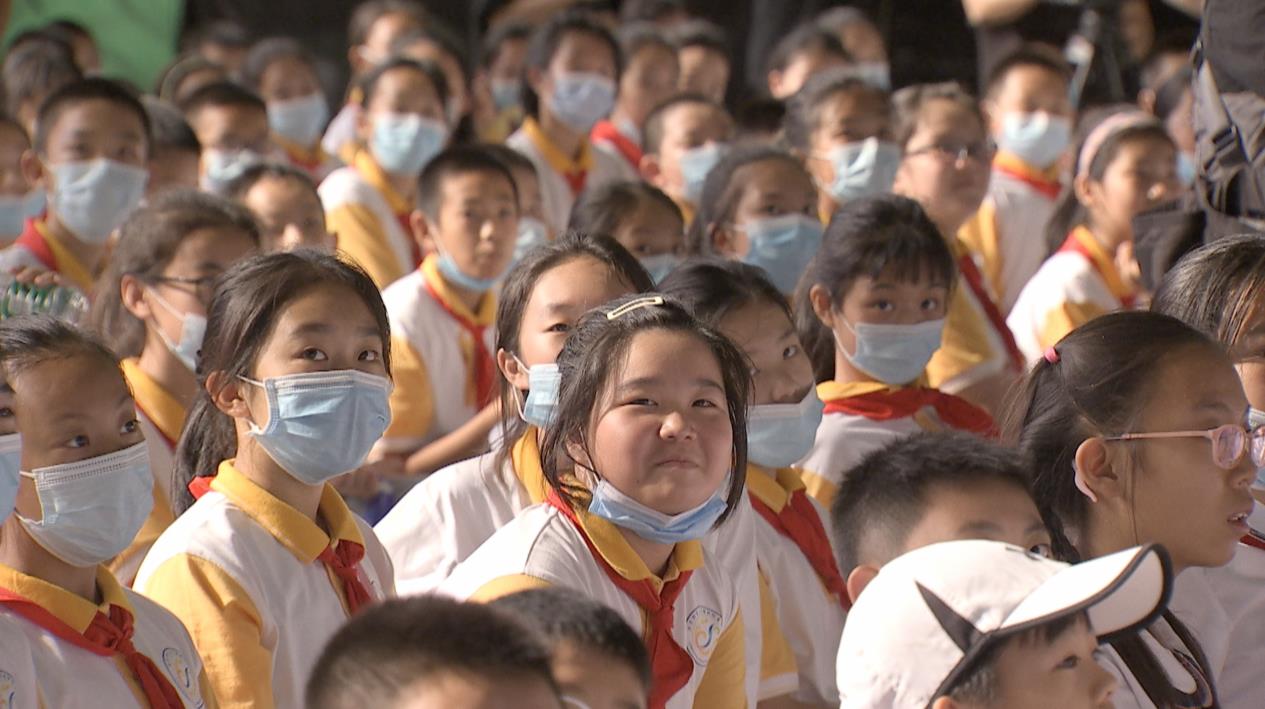 Students attend an event to learn about China's first space station at the China Science and Technology Museum, September 6, 2021. /CGTN

Students attend an event to learn about China's first space station at the China Science and Technology Museum, September 6, 2021. /CGTN

To satisfy the students' curiosity, the museum even had a replica of the Tiangong space station's core module on exhibit.

"I learned that the core module of Tiangong actually has three parts. I thought it was just one," said Lang Xujun, an eight-year-old student from Yuxin School in Beijing.

Yang Liwei, China's first astronaut, along with other space experts was invited to give a speech and answer the students' questions on a range of topics. One student asked if a sunflower turns its face to the sun 16 times a day since the station orbits the Earth the same number of times. Another was curious about whether a mosquito will hit the wall if the station moves at speed.

The experts patiently responded to each question.

Taikonauts aboard the Tiangong space station also sent their regards by video from 400 kilometers above Earth, and left some homework for their little fans. One of their assignments required students to design their own space food.

"Study science and technology well so one day you may embark on the journey to the oceans of stars and planets and contribute to mankind's peaceful exploration of space," said Nie Haisheng, one of the three taikonauts on the Shenzhou-12 space mission that was launched on June 17 and the first Chinese to rack up 100 days in orbit.

In 1992, China decided to launch its manned space program with a "three-step strategy." Step by step, it took China nearly 30 years to finally realize the dream of building its own long-term space station. Space officials say they hope the next generation can continue to explore the universe and its wonders.