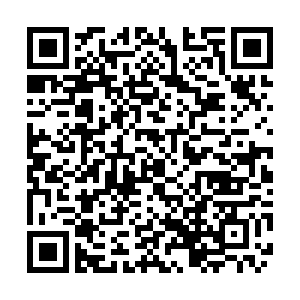 Chinese President Xi Jinping on Tuesday called on China and Tajikistan to deepen security cooperation amid the 20th anniversary of the founding of the Shanghai Cooperation Organization (SCO).

President Xi made the remarks in a phone conversation with Tajik President Emomali Rahmon.

Xi hailed the high-level development of bilateral relationship as being at a historical high, and said the two countries firmly support each other on issues of core interest and major concerns.

Noting that next year marks the 30th anniversary of the independence of Tajikistan as well as the establishment of diplomatic ties between the two countries, Xi extended his congratulations and expressed hope for the two sides to work jointly to build a community of development with rich connotation and an indestructible community of security.

He also called on the two countries to safeguard common interests and contribute to regional peace and development.

The two sides should continue to honor the commitment of jointly building the Belt and Road and forging cooperation in areas such as trade, economy, connectivity and digital economy, he stressed.

China encourages its enterprises to invest in Tajikistan, said Xi, who also hopes to expand imports of qualified agricultural products from the country.

Affirming that China will continue supporting Tajikistan in COVID-19 control besides deepening healthcare cooperation, the Chinese president urged the two sides to fully use the joint prevention and control mechanism on their borders to ensure smooth freight transportation.

Xi also spoke highly of the tremendous work Tajikistan has done to promote the development of the SCO during its rotating presidency.

China will fully support Tajikistan in hosting a successful summit on the occasion of the 20th anniversary of the SCO's founding and would like to take this opportunity to enhance mutual trust, deepen security and pragmatic cooperation, and push forward SCO's development with its member states, said Xi.

Rahmon, for his part, stressed that Tajikistan and China are comprehensive strategic partners and close neighbors with sound bilateral ties in various fields.

Thanking China for its long-term assistance, especially in the anti-pandemic battle, Rahmon said Tajikistan is ready to deepen cooperation with China in economy, trade, security and cultural sectors, giving a new meaning to the comprehensive strategic partnership between the two countries.

The Tajik president also appreciated the Chinese side for supporting its work of assuming the rotating presidency of the SCO and vowed to closely coordinate with China for the SCO's development.

The two sides also exchanged views on the Afghan issue and agreed to strengthen cooperation on counter-terrorism to jointly safeguard regional peace and security.