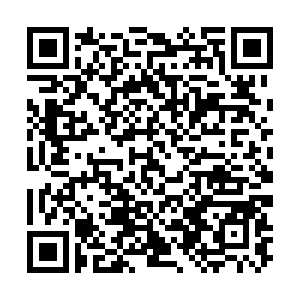 China on Wednesday said the Afghan Taliban's announcement of the formation of an interim government is a necessary step for Afghanistan to restore domestic order and pursue post-war reconstruction, Chinese Foreign Ministry spokesperson Wang Wenbin said in an exclusive interview with CGTN.

The Afghan Taliban's announcement of the formation of an interim government and some key roles has put an end to the three-week anarchy in Afghanistan, Wang noted, adding China attaches importance to the move.

Asked to comment on the Afghanistan situation, Wang reiterated that China, as a responsible major power and a neighboring country of Afghanistan, has a clear and consistent stance on the issue.

"We respect the sovereignty, independence and territorial integrity of Afghanistan and uphold the principle of non-interference in the country's internal affairs," Wang stressed.

China supports the Afghan people to choose a national development path based on the country's situation, and hopes the country will build an inclusive political structure and stay committed to a moderate domestic and foreign policy, resolutely crack down on all forms of terrorist forces and get along with other countries, especially its neighboring countries, added the spokesperson.

Who are some of the key figures in the Taliban government?

Taliban spokesperson Zabihullah Mujahid announced the names of some of the key members of the new Afghan government at a press conference on Tuesday.

According to the spokesperson, the Taliban's Supreme Leader Hibatullah Akhundzada will be the emir of Afghanistan. Mullah Mohammad Hassan Akhund will be the acting prime minister while political chief Mullah Abdul Ghani Baradar will be his deputy

Regarding questions that currently released members of the new government are all from the Taliban, Wang called on the Taliban to consult with all ethnicities and all sides to meet the expectations of the Afghan people and the international community.

"We have also noted the Afghan Taliban's promise of ensuring all people benefit from the new government," said Wang.