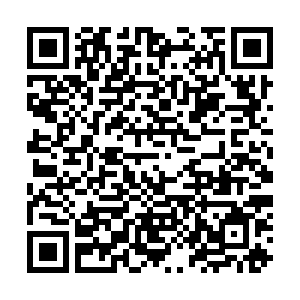 Chinese researchers say they have made "breakthrough" findings of the behavior of rare snow leopards after months of tracking them in northwest China using satellite technology.

After gaining prior approval from the National Forestry and Grassland Administration, the Qilian Mountain National Nature Reserve together with the Wildlife Research Institute of Beijing Forestry University launched satellite tracking of snow leopards for the first time, starting from early this year.

The researchers were allowed to catch the animals and attach positioning collars in a bid to strengthen the monitoring of their behaviors and habitats to better protect the endangered species.

"We actually wanted to do satellite tracking of snow leopards for years, but we were under quite a lot of restrictions. Because the snow leopard is under first-class state protection in China, we might incur some risks from capturing it. After we got the administrative approval, we made full preparations and caught three snow leopards for research," said Shi Kun, head of the Wildlife Research Institute under Beijing Forestry University.

"The satellite collars fixed on the snow leopard can help us better understand its behavior, and its activity patterns mainly."

The first batch of data collected by the satellite tracking system is considered by experts to be breakthrough findings compared with previous scientific records.

"In the past, we had a limited understanding of the snow leopard's range of home activity, which was normally considered to be around 100 square kilometers. But now, through the satellite tracking, we've found out that their range of home activity is very extensive, with that of some reaching up to about 1,700 square kilometers, far beyond our expectations," Shi said.

The first three snow leopards captured for satellite tracking were distributed in the Qilian Mountain National Nature Reserve, which straddles the border of Qinghai and Gansu provinces in northwest China, and are different in age and sex.

The first captured snow leopard, a female about to come of age, was named Suye by the researchers.

The second was a male leopard later named Lingzhe. The new adult had been found straying into a farmer's house in Qinghai's Menyuan Hui Autonomous County in March and was captured and treated by the Qinghai wildlife rescue center before being released back into the wild with a satellite collar.

The capture of the third leopard "Nayin" was relatively easy as it was old. Even after it was released, the male leopard maintained its regular activities.

The three snow leopards with satellite collars have all been released back to the wild. The researchers have been tracking satellite signals and conducting on-the-spot investigations as the collars continue to send back data.