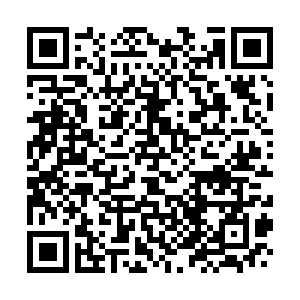 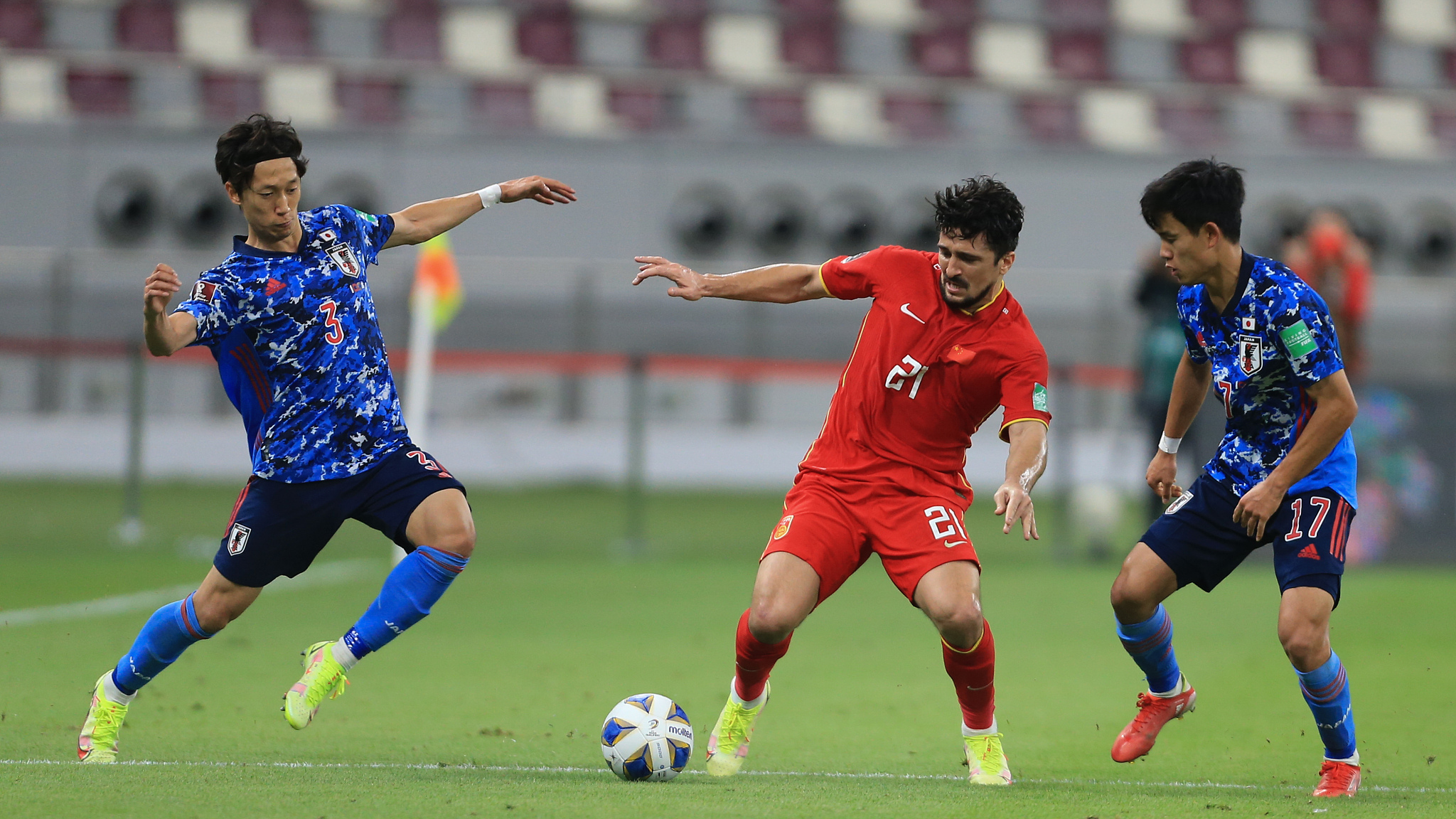 Players of China and Japan in action during the FIFA World Cup Asian qualifier in Doha, Qatar, September 7, 2021. /CFP

Players of China and Japan in action during the FIFA World Cup Asian qualifier in Doha, Qatar, September 7, 2021. /CFP

China came into the game after a 3-0 defeat to Australia, while Japan were stunned by Oman 1-0 in their opener of the final qualifying round. Both teams were eager to get their qualification campaign back on track.

Facing Japan, the highest FIFA ranked team in Asia, Chinese head coach Li Tie fielded five defenders in the starting line-up. But they suffered an early setback as veteran center back Zhang Linpeng had to be stretched off just five minutes into the match due to a waist injury and was replaced by Zhu Chenjie.

"Zhang was injured by accident. His injury seems very severe and he will go through PCR test tomorrow," Li said in the post-match press conference. "We had a preliminary plan when Zhang couldn't play, the young defender Zhu played a very good match and executed our tactics well."

Japan had 78 percent ball possession and 14 shots in the first half. Forward Kubo Takefusa penetrated into the penalty area in the 22nd minute, but his close-range shot was denied by the post. They broke the deadlock in the 40th minute, when Junya Ito raced down the right flank and found Osako who tapped in from inside the box to put his side 1-0 ahead.

In the second half, China managed to keep Japan at bay but was unable to level the score despite sending strikers A Lan and Luo Guofu on in a bid to strengthen their counterattack.

"I am very grateful for the efforts of my players. We saw the gap between us and the best team in Asia through the game. I am satisfied with the fighting spirits of my players," Li said. "All my players have equal opportunities, I only select the starting lineup on the basis of the game plan and requirements. No matter starters or substitutes, they all fought hard."

The Chinese were drawn into Group B of the final round with Australia, Japan, Saudi Arabia, Oman, Vietnam. The top two will qualify for Qatar 2022 directly. The third finisher will play a home-and-away playoff with its counterpart in Group A, and the winner will go into a continental playoff.

Elsewhere on Tuesday, Australia beat Vietnam 1-0 to top the group, while Saudi Arabia also claimed a 1-0 victory against Oman.

China will next play Vietnam on October 7 in Sharjah, the United Arab Emirates. The Chinese sqaud will depart for Sharjah on Wednesday.

"We will definitely train very hard and I hope all my players' fitness could improve to a higher level after one month of training," Li said.

"I hope we have chances to play friendly matches against teams who are better than us. Before the final round of the qualifying tournament, We couldn't play high-quality games for nearly two years due to the pandemic. Australia and Japan out-competed us with a fast tempo, that's what we need to improve on," he added.