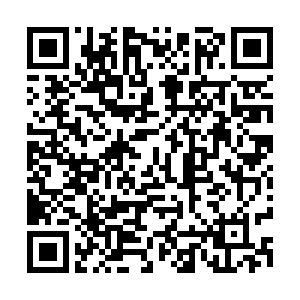 Governor Greg Abbott on Tuesday made Texas the latest U.S. state to impose Republican-backed voting restrictions, signing a law that was swiftly challenged in court and criticized by President Joe Biden as part of an "all-out assault" on American democracy.

Abbott, a Republican, said during a signing ceremony in the East Texas city of Tyler that the law is intended to combat voter fraud. Critics have said it will make it harder for Black and Hispanic voters – important voting blocs for Democrats – to cast ballots.

During the months-long fight over the legislation, Democratic lawmakers fled the state in a failed bid to stop it. Now, the fight has moved into federal and state courts in Texas, as civil rights organizations challenged the law in three separate lawsuits filed on Tuesday.

At least 18 states have enacted 30 laws restricting voting access this year, according to the Brennan Center for Justice at the New York University School of Law, following former President Donald Trump's false claims that the 2020 election was stolen from him through widespread voting fraud.

The Texas law makes it tougher to cast ballots through the mail by preventing officials from sending unsolicited mail-in ballot applications and adding new identification requirements for such voting. It also prohibits drive-through and 24-hour voting locations, limits early voting, empowers partisan poll-watchers and restricts who can help voters requiring assistance because of disabilities or language barriers.

"It ensures that every eligible voter will have the opportunity to vote," Abbott said at the signing ceremony. "It does also, however, make sure that it is harder for people to cheat at the ballot box in Texas."

Texas is the second most-populous state and the largest controlled by Republicans.

After Abbott signed the law, Biden wrote on Twitter, "We're facing an all-out assault on our democracy."

Biden urged Congress to pass national voting rights legislation that would counter the new state laws, something his fellow Democrats have tried but failed to do this year. Biden previously likened the Republican-backed voting restrictions to the so-called Jim Crow laws that once disenfranchised Black voters in the racially segregated South.

His administration sued Georgia in June to challenge that state's new voting restrictions, which the Justice Department called a violation of the rights of Black voters.

They said the law unduly burdens the right to vote in violation of the U.S. Constitution's First, 14th and 15th Amendments, while also saying it is intended to limit minority voters' access to the ballot box in violation of a federal law called the Voting Rights Act.

The Lawyers' Committee for Civil Rights Under Law filed a third lawsuit in state court in Houston, arguing that the measure violates provisions of the Texas Constitution protecting the rights to vote, freedom of speech and expression, due process and equal protection under law.

"The scourge of state-sanctioned voter suppression is alive and well, and Texas just became the most recent state to prove it," said Damon Hewitt, the group's president and executive director.

The measure won final approval in the Republican-controlled state legislature on August 31 in a special legislative session. Dozens of Democratic lawmakers fled the state on July 12 to break the legislative quorum, delaying action for more than six weeks.

Election experts have said voting fraud is rare in the United States. Opponents of the Texas measure said Republicans presented no evidence of widespread voter fraud.