Download
Afghan children killed by the U.S. forces must not die for nothing
Xin Ping 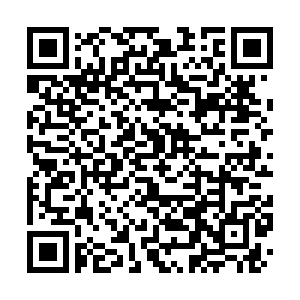 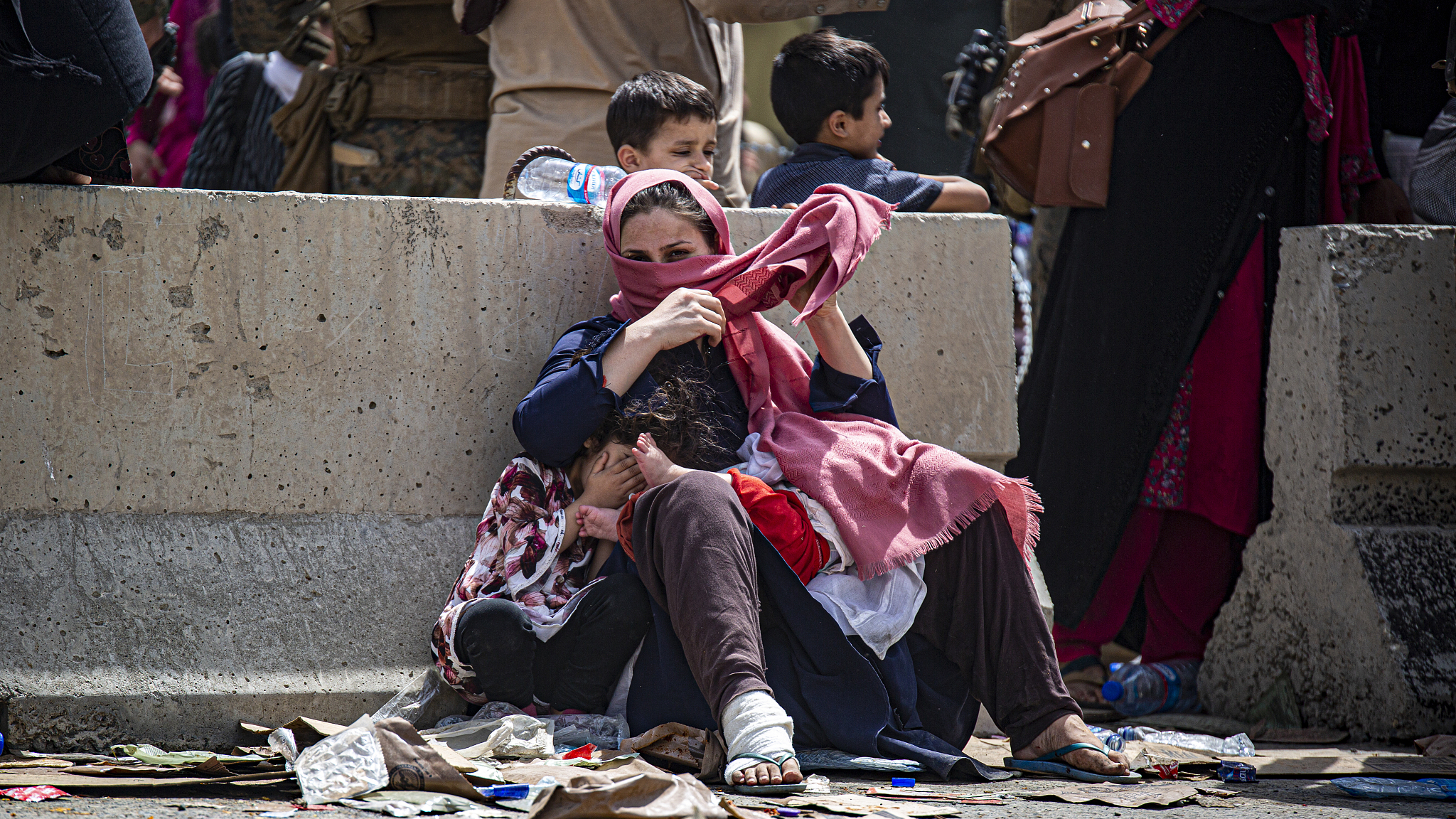 Photo provided by the U.S. Marine Corps, a woman and children wait for transportation to the terminal at Hamid Karzai International Airport in Kabul, Afghanistan, August 20, 2021.

Photo provided by the U.S. Marine Corps, a woman and children wait for transportation to the terminal at Hamid Karzai International Airport in Kabul, Afghanistan, August 20, 2021.

Editor's note: Xin Ping is a commentator on international affairs who writes regularly for CGTN, Global Times and China Daily. He can be reached at xinping604@gmail.com. The article reflects the author's opinions and not necessarily the views of CGTN.

For Afghans in the past 20 years, the unfairness in life has been so painfully prominent that it has extended to the domain of death. At the same time as Joe Biden mourned 13 U.S. soldiers whose bodies were brought back home covered in star-striped flags, at least 10 members of an Afghan family, including six children, were killed in a U.S. drone strike. It is still not clear how and why the tragedy happened, not to mention justice or compensation for the victims.

Following the so-called "defensive strike" targeting a vehicle in a residential neighborhood of Kabul, an ordinary family shattered just in seconds amid flame and smoke. According to their neighbors, "not much is left of their house and nothing can be recognized, they are in pieces." Relatives of the victims gathered in the hospital identifying remains and separating them into coffins. Two-year-old girls, Malika and Sumaya, were among the names marked on the coffins. A more ironical fact was that the family had applied for evacuation to the U.S., and had been waiting for a phone call telling them to go to the airport. Ahmad Naser, who was killed in the strike, had previously worked as a translator for the U.S. forces. Until death they never knew why they received a strike rather than the phone call they had been yearning for.

In the eyes of the Pentagon, apparently, those who live without dignity also die without significance. As always, they promised investigations and claimed to be transparent, but no detail of an ongoing probe has been given: no timeline, no person in charge, no proper solution.

Remarks made by Pentagon press secretary John Kirby betrayed him that they seem to have spent more time finding excuses instead of pursuing accountability for the perpetrators and bringing justice to the victims. Kirby defended the military by arguing "no military on the face of the Earth works harder to avoid civilian casualties than the United States," but did he not realize that the U.S. is obviously not a kid who can run away with the mess he has made by just saying "I've tried"? Still for many in the Pentagon and the White House, the unforgivable mistake is just an unpleasant trivia that should be quickly buried under the "spectacular" evacuation figures and hyped-up stories of military heroes. 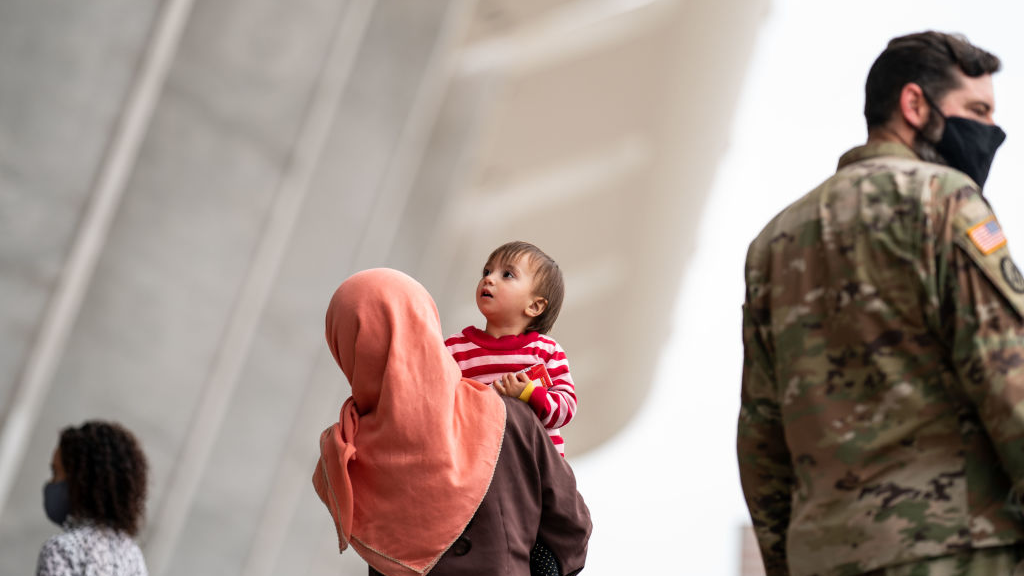 It is not the first time that innocent people die from the gunfire of U.S. forces. For many Afghans, they can't tell whether the U.S. is against the terrorists or they are the terrorists themselves.

On August 26, the day when the ISIS-K terrorist attack launched near Kabul's airport, some wounded people witnessed that the U.S. military fired at people after the explosion. The BBC reporter Secunder Kermani twitted: "Many we spoke to, including eyewitnesses, said significant numbers of those killed were shot dead by U.S. forces in the panic after the blast." Days earlier, as the Afghans had scrambled to board America's planes to leave Kabul as the Taliban took control, U.S. troops opened fire to Afghan civilians to clear the runway for the taking off of their aircraft. At least five people were killed. No one knows whether they were shot dead or killed in stampede. So far, the Pentagon has given no response.

In fact, U.S. occupation of Afghanistan brought nothing but death and destruction, particularly to Afghan children. The international aid agency Save the Children revealed that nearly 33,000 children were killed or maimed during the 20 years of U.S. war and occupation in Afghanistan. From U.S. drone strikes in Afghanistan alone, it's estimated between 300 to 909 civilians have been killed since January 2004, according to the Bureau of Investigative Journalism, a UK-based organization that has tracked U.S. drone strikes for years. The annual average of civilians killed increased by nearly 95 percent from 2017 through 2019 to 1,134, as an aftermath of the former U.S. President Donald Trump's relaxation on the rules of engagement for airstrikes.

Killing Afghans just for fun was not unimaginable. In 2009, a group of U.S. Army soldiers who referred to themselves as the "Kill Team" murdered at least three Afghan civilians. Soldiers took photographs of themselves celebrating their first kill: they held a cigarette in one hand, grabbing the victim, 15-year old Gul Mudin's bloody and half-naked corpse by the hair. They sliced off the boy's pinky finger as a trophy for the murder. After the killing, the soldiers involved in Mudin's death were not disciplined or punished in any way.

Truth, acknowledgement, apology and action-That's what any sane person would demand from the U.S. government. If a country refused to be held accountable for the killing of civilians it has conducted, then one would see no difference between it and a terrorist organization.

How the U.S. treats the civilians killed by its forces across the globe is a major test of its moral compass and ethical bottom line as a nation.