The Asian Youth Games have been postponed by more than a year to December 2022 because of the COVID-19 pandemic, the organizers announced on Wednesday.

The games were due to be held in Shantou city in south China's Guangdong Province in November. Shantou was due to become the fifth city in China to host a comprehensive Asian sporting event, after Beijing, Guangzhou, Nanjing and Hangzhou. 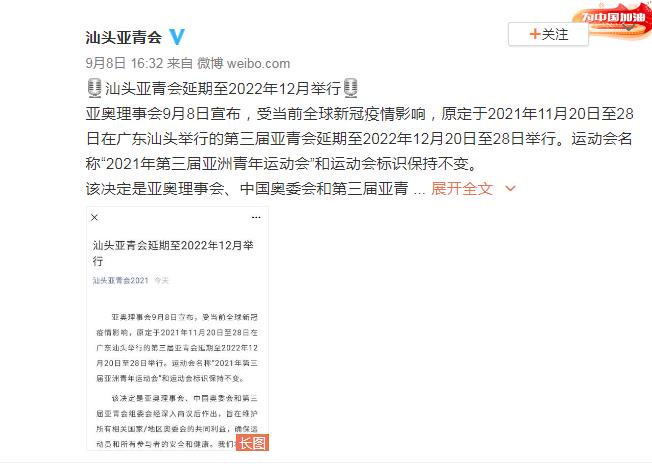 Screenshot of the statement from the Shantou Asian Youth Games on Weibo.

Screenshot of the statement from the Shantou Asian Youth Games on Weibo.

The move is to "ensure the safety and health of athletes and all participants," the Shantou government department in charge of sports affairs said on the leading Chinese social media platform Weibo, citing an announcement from the organizers, the Olympic Council of Asia (OCA).

The statement said the decision came after in-depth discussions among the OCA, the Chinese Olympic Committee and the local organizing committee. 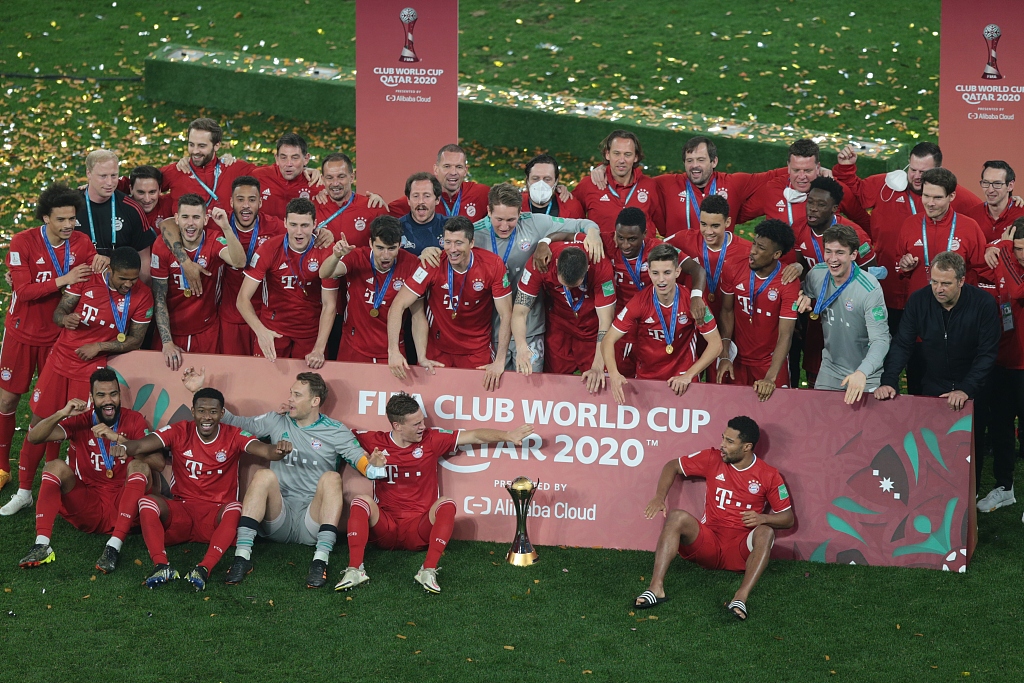 In another move that showed the coronavirus' continued impact, Japan will not host the FIFA Club World Cup later this year because of virus restrictions that could cap spectator numbers, a report said on Wednesday.

The annual football tournament, at which the champions from the six global confederations compete along with the host nation's top team, was due to be held there in December.

But the Japan Football Association (JFA) has decided to give up its right to host the cup, Kyodo news agency said.

"The risk of increasing infections and difficulty in turning a profit due to a likely cap on spectators swayed the decision," Kyodo said, citing anonymous sources.

The JFA is in discussions with football's world governing body FIFA, which may push back the Club World Cup to early next year, the report said.

According to AFP, a FIFA spokesman said that "details of the next FIFA Club World Cup will be confirmed in due course."

The event was last held in Japan in 2016, and the JFA had planned to host the 2021 edition as part of its 100th anniversary celebrations.

The tournament usually takes place in December, but the 2020 event in Qatar was postponed to February 2021 because of the pandemic, with Bayern Munich the winners.