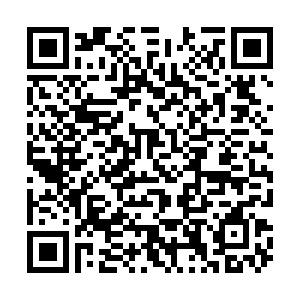 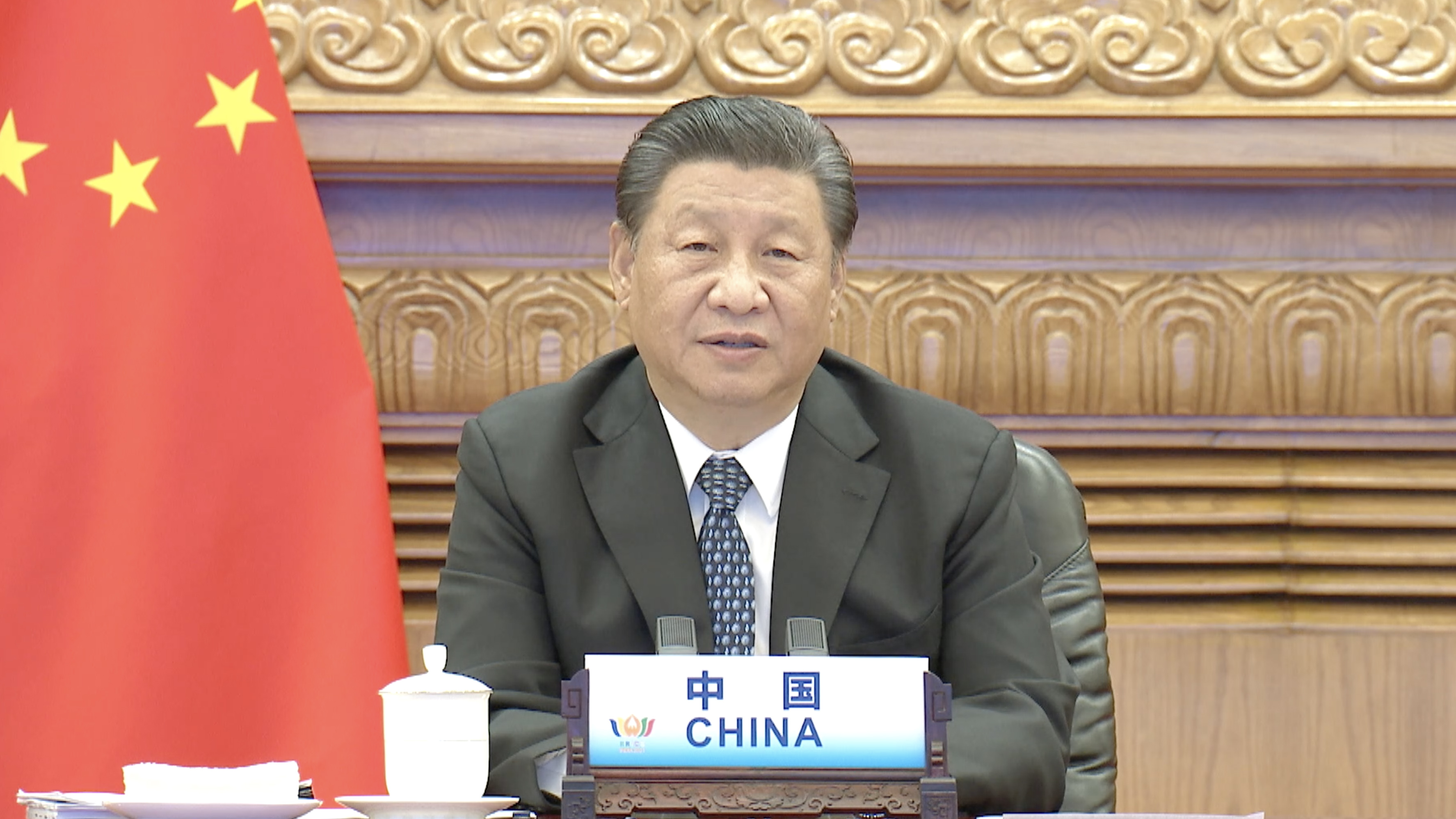 Entering its 15th year, the emerging-market bloc BRICS that groups Brazil, Russia, India, China and South Africa once again demonstrated that the member states can always come together to build up new consensus for more dynamic cooperation.

Under the theme of "Intra-BRICS cooperation for continuity, consolidation and consensus," the 13th summit, conducted via video link on Thursday, comes at a time when the world is facing a pandemic and an increasingly uneven global economic recovery, as well as a torrent of rising non-conventional global security challenges.

China, which has continued to inject impetus into BRICS cooperation and will take over the BRICS chairmanship in 2022, set an example for international vaccine cooperation at Thursday's summit by announcing it would donate 100 million more COVID-19 vaccine doses to developing countries. 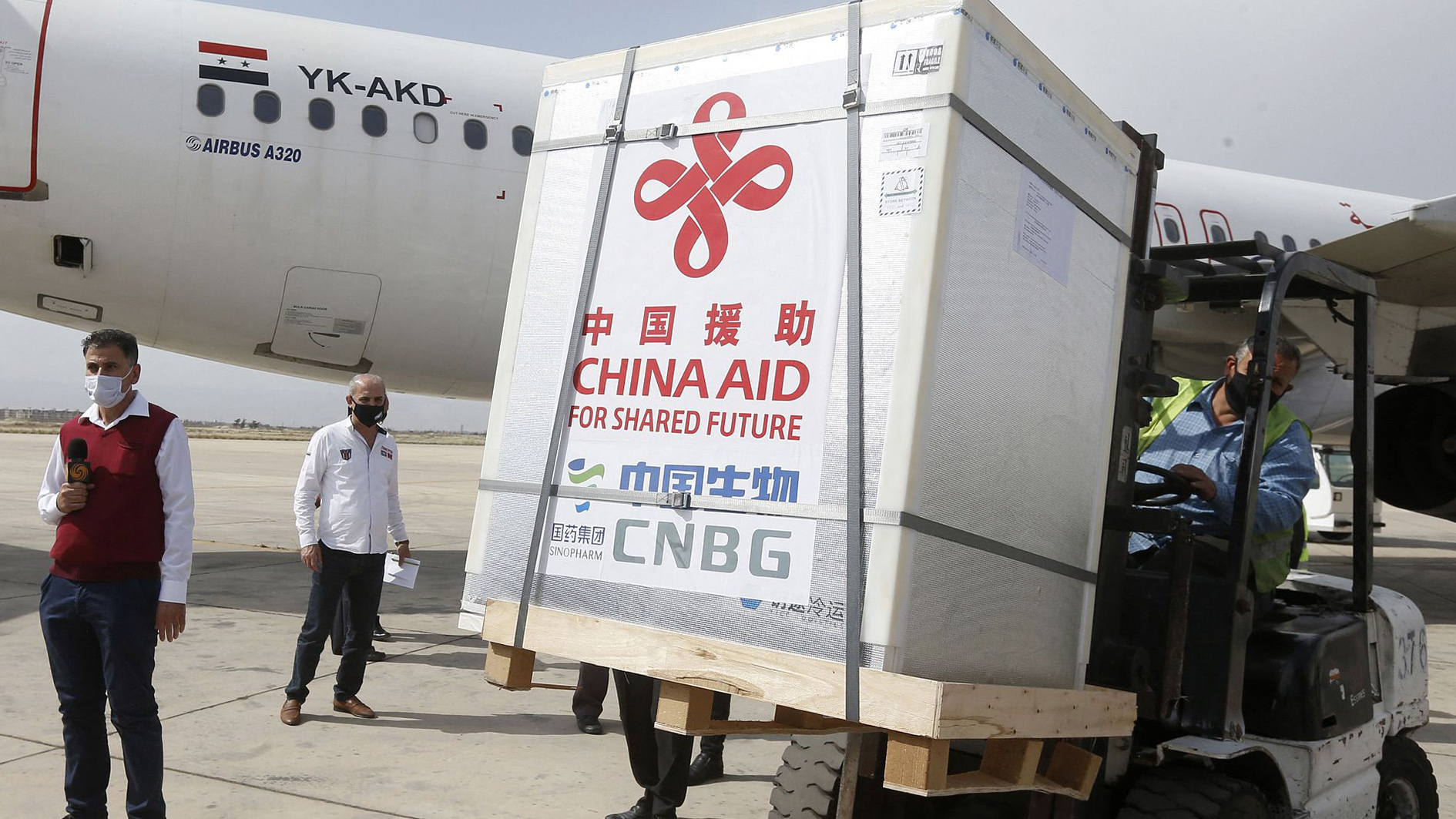 BRICS to fight against the pandemic

In the face of the pandemic, BRICS countries have actively maintained information exchange and cooperation and Chinese President Xi Jinping, who attended and delivered a speech at the BRICS summit for the ninth consecutive year, stressed again the significance of vaccine cooperation.

Noting that China has promised to provide 2 billion COVID-19 vaccine doses to the world this year and offer $100 million to COVAX, Xi called on the BRICS members to contribute to promoting fair and equitable distribution of vaccines worldwide.

Since Xi announced he would make China's COVID-19 vaccines a public good at the 73rd session of the World Health Assembly last May, the country has delivered about 800 million vaccine doses to more than 100 nations as of August. They are mostly developing countries, according to data from the Chinese Foreign Ministry.

In May, China announced the establishment of a national center as part of the BRICS center. Boosting vaccine R&D among BRICS nations, the center reinforces cooperation on R&D and vaccine trials, factory construction, and cooperation on vaccine production, authorization and recognition among the five countries. 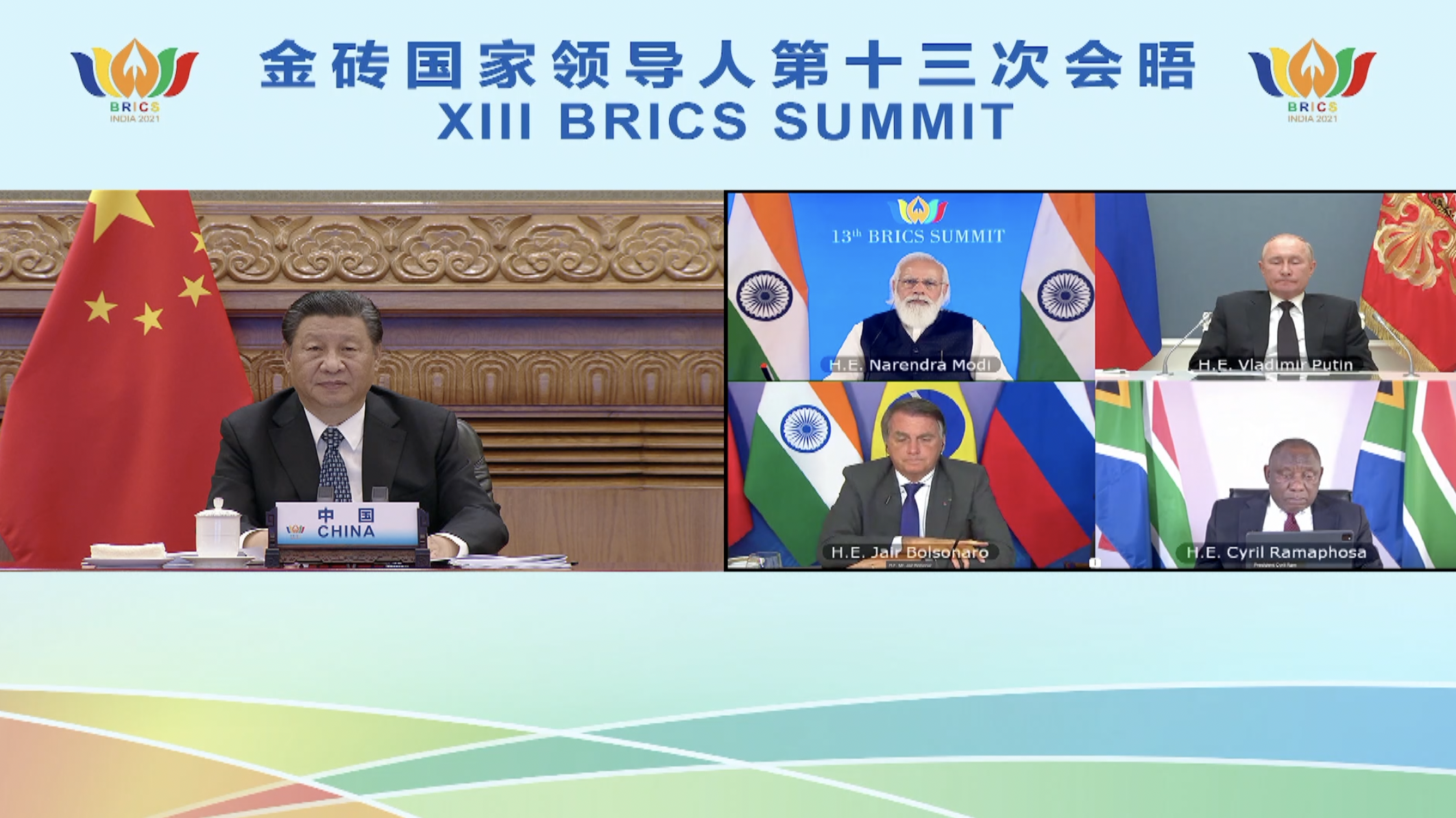 In this regard, China proposed to host a high-level BRICS meeting on climate change and a BRICS forum on big data for sustainable development.

Xi also stressed the significance of the New Development Bank and the BRICS Partnership on the New Industrial Revolution innovation center.

The center was launched in Xiamen in December. At the center's inauguration ceremony on Tuesday, 28 projects with a total investment of over 13.4 billion yuan (about $2.07 billion) were inked by BRICS enterprises.

Regional peace and stability, biosecurity and counter-terrorism and cyber security have also been keywords in BRICS cooperation in recent years.

"We need to make good use of BRICS mechanisms such as the meeting of foreign ministers and the meeting of high representatives for security, better coordinate our position on major international and regional issues, and send out an even bigger, collective voice of BRICS countries," Xi said at the summit.

At the BRICS Meeting of National Security Advisors held last month, the member countries reached a counter-terrorism action plan and in July they agreed to contribute more to the international fight against terrorism at the 6th virtual meeting of the BRICS Counter-Terrorism Working Group.

A declaration was adopted at the meeting, reiterating BRICS' commitment to enhancing cooperation under political and security, economic and financial, and cultural and people-to-people exchanges.