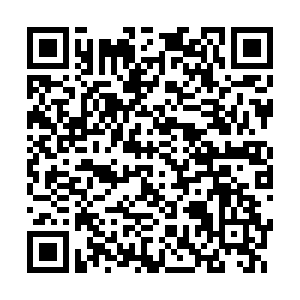 The Office of the Commissioner of the Chinese Foreign Ministry in the Hong Kong Special Administrative Region (HKSAR) on Thursday expressed its strong disapproval and firm opposition to remarks by several Western politicians regarding Hong Kong's affairs, saying they confused black and white and disrupted the HKSAR's rule of law.

A spokesperson for the office called the remarks a gross interference in Hong Kong's and China's internal affairs.

The spokesperson was responding to comments by U.S. Secretary of State Antony Blinken and UK Foreign Secretary Dominic Raab on the arrest of "Hong Kong Alliance" members.

Hong Kong police's national security department on Wednesday arrested Chow Hang-tung and several other members of the notorious Hong Kong Alliance in Support of Patriotic Democratic Movements of China, in accordance with Schedule 5 of the implementation rules for Article 43 of the national security law as they disobeyed related requirements to provide information.

The spokesperson said that the relevant members of the "Hong Kong Alliance" refused to comply with lawful requests of the Hong Kong police. The police arrested them under the Implementation Rules of the National Security Law for the HKSAR.

The spokesperson stressed that those who cross the red lines will be punished by law, and no one has the privilege to be above the law.

The spokesperson pointed out the U.S. itself has the world's most rigorous system of national security legislation applicable to every inch of its land, including overseas territories, and frequently abuses national security grounds to undermine other countries' lawful rights and interests.

He added U.S. action of smearing and obstructing China's legitimate efforts to enact and implement the national security law in the HKSAR is an epitome of double standards, ideological bias and hegemonic thinking.

The spokesperson also noted that major positive changes had taken place in Hong Kong since the implementation of the national security law. People enjoy a peaceful life, social justice is upheld, and Hong Kong society is back on track.

Any attempts and acts aiming to bolster anti-China elements in the HKSAR will end up suffering shameful failure, Zhao stressed.

Zhao voiced firm support for the Hong Kong police's law enforcement action of arresting members of an anti-China group, saying all the facts are clear and evidence irrefutable.

The police's action is legal, justice and necessary for safeguarding the authority of the national security law in Hong Kong and the long-term stability in the SAR, Zhao added.

He reiterated that Hong Kong is a society under the rule of law. "It is the basic requirement of the rule of law that all laws must be observed and all offenders must be held accountable."

No one can whitewash their violations under the guise of democracy and freedom, Zhao said, adding that anyone violating the national security law in Hong Kong and Hong Kong laws will be punished according to the law.