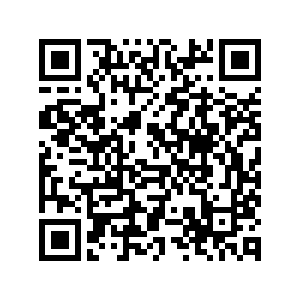 China's official producer price index (PPI) rose by 9.5 percent in August from a year earlier because of the rising prices of coal, chemicals and steel products, data from the National Bureau of Statistics showed on Thursday.

The PPI growth was 0.5 percentage points higher than in July and beat the 9.0 percent estimate in a Reuters poll.

The price increase in the coal mining and washing industry, chemical raw material and chemical product manufacturing, and ferrous metal smelting and rolling processing industry increased by 11.4, 2.7 and 1.1 percentage points respectively. The increase was the main reason for the year-on-year increase of the PPI, said Dong Lijuan, a senior statistician with the NBS. 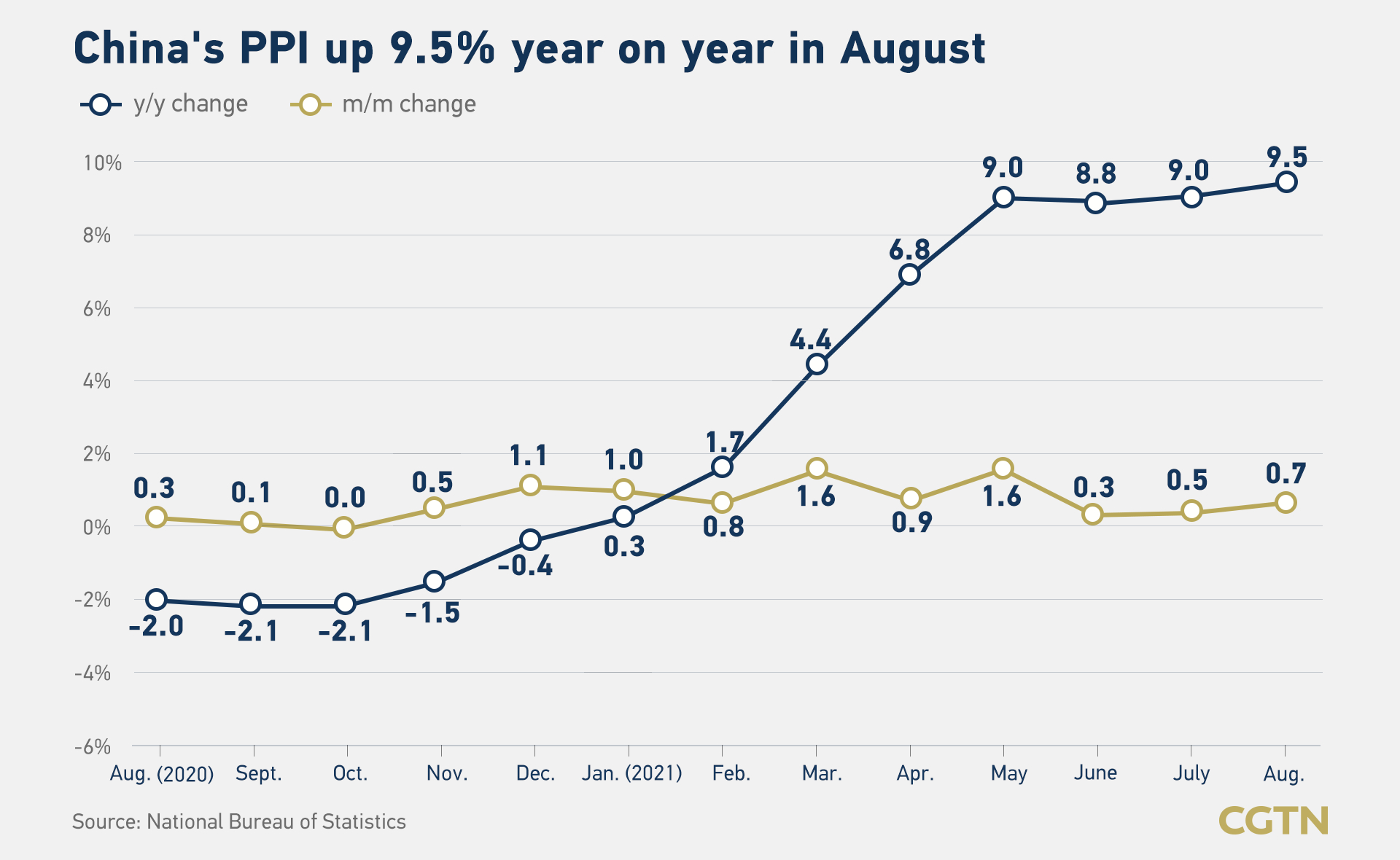 Another major index, the consumer price index (CPI), a major gauge of inflation, went up by 0.8 percent year on year in August, down from July's 1.0 percent, according to the NBS.

Reuters and Bloomberg had predicted the August CPI to be 1.0 percent. 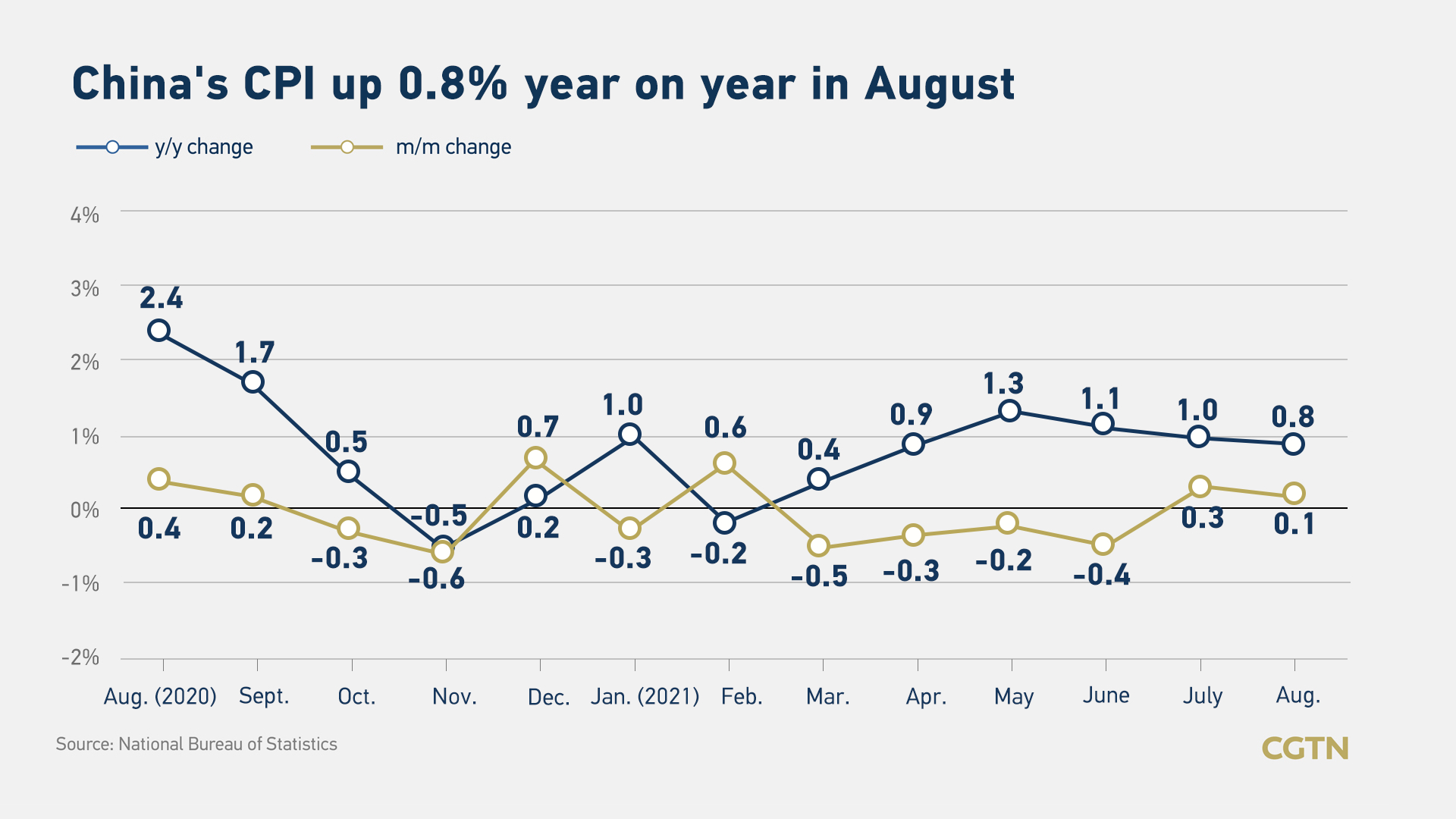 Food prices dropped by 4.1 percent year on year in August, with pork prices alone falling by 44.9 percent. Non-food prices grew by 1.9 percent, contributing to the CPI increase of about 1.58 percentage points, Dong said.