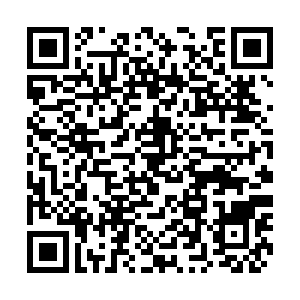 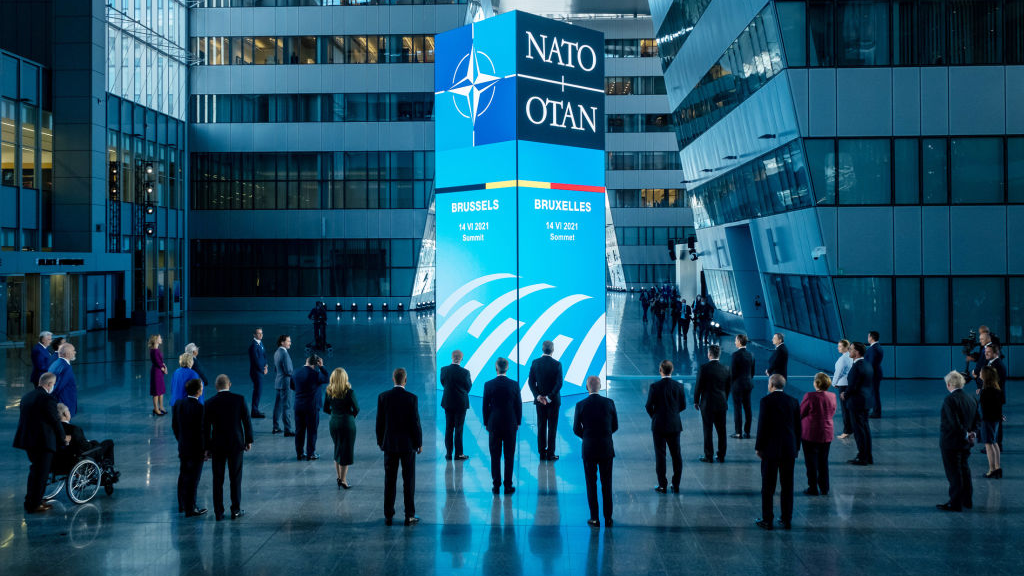 Leaders meet ahead of a NATO summit at the NATO headquarters in Brussels, Belgium, June 14, 2021. /Getty

Leaders meet ahead of a NATO summit at the NATO headquarters in Brussels, Belgium, June 14, 2021. /Getty

Chinese Foreign Ministry spokesman Wang Wenbin responded to NATO Secretary General Jens Stoltenberg's claims Monday that the People's Republic is rapidly expanding its nuclear arsenal by reminding him that Beijing's stance on this issue is responsible, defensive and proportional. Moreover, China has never threatened any other country, whether through nuclear means or otherwise, and doesn't base such weapons outside of its borders. Furthermore, it has a no-first-use policy.

On the contrary, the U.S. has a policy of using nuclear weapons first in a conflict whenever it sees fit, having not only done so twice at the end of World War II against an already crippled Imperial Japan but also recently flirting with the idea of so-called "tactical nukes." America also deploys nuclear weapons outside of its borders such as in Europe and has nuclear-equipped submarines roaming the world's oceans waiting to strike whoever it might be if given the fateful order to do so.

Stoltenberg likely wasn't hyping up the theory of a Chinese nuclear threat just for rhetorical sake but almost certainly has some nefarious intentions behind doing so. The NATO Communique from the bloc's June 2021 Summit put forth similarly unsubstantiated accusations and thus reflected the American-led alliance's desire to gradually shift towards containing China. The narrative being spun ominously resembles the one that the U.S. has pushed against the Democratic People's Republic of Korea (DPRK) and Iran to justify moves against them. 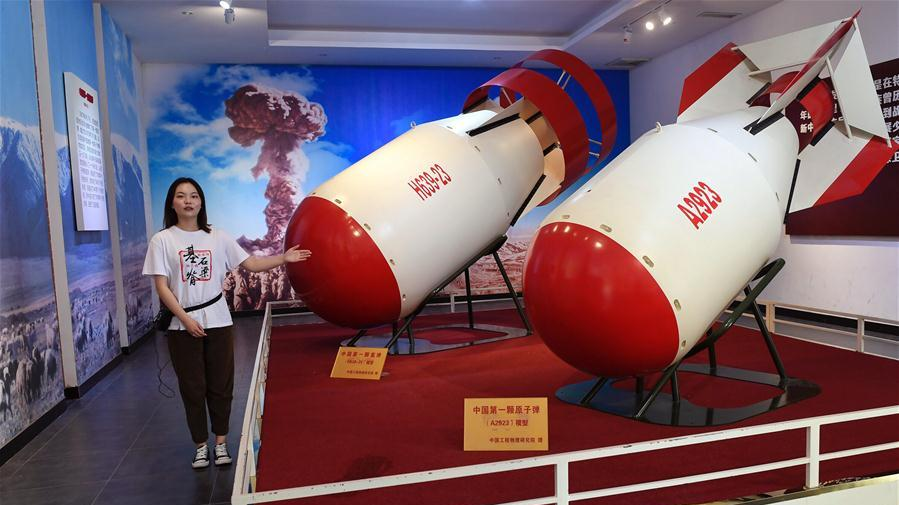 The Pentagon has deployed so-called "missile defense" infrastructure near their borders under the pretext of stopping any supposedly unilateral strike that either of those two might one day make against U.S. forces in their regions or those of its allies. In reality, Russia has long accused its historical rival of exploiting such systems to undermine the Kremlin's nuclear second-strike capabilities which serve as the only deterrent to a nuclear first strike from the United States. Moscow suspects that this infrastructure might also be equipped with offensive weaponry.

In particular, fears nowadays abound ever since former U.S. President Donald Trump pulled his country out of the Intermediate-range Nuclear Forces (INF) Treaty. The fears are that such arms might be secretly deployed at "missile defense" sites and eventually employed to carry out sneak attacks against America's foes. This is also a pressing threat scenario for China since the U.S. aspires to expand such infrastructure in the Asia Pacific, especially in Japan, and reportedly also some of the Pacific Island nations that Washington is allied with.

NATO's fearmongering about Chinese nukes could therefore be connected to the U.S. plan to gradually get the alliance it leads to participate in these sorts of anti-Chinese containment plans. These concerns are justified by part of paragraph 6e of the earlier-referenced NATO Communique which reads that "We will increase our dialogue and practical cooperation with existing partners, including with the European Union, aspirant countries and our partners in the Asia Pacific." It's vague enough to refer to such security cooperation.

Some of NATO's leading members such as Germany, France and the UK have also recently taken to dispatching warships to the South China Sea in provocative moves that prompted warnings from Beijing. These decisions were likely coordinated with the U.S. in order to get their leaderships to expand their operational presence in this part of the world. America hopes that they'll one day participate in regional "missile defense" programs there, whether through their own ship-based platforms and/or arming regional partners with such systems.

None of this could be "justified" in the eyes of their people without first convincing them to believe that China's very limited and purely defensive nuclear capabilities allegedly threaten the U.S.-envisioned "rules-based order" which itself is simply a euphemism for dominating all other countries. This is extremely dangerous and means NATO's false accusations against China could seriously jeopardize world peace if they lead to the deployment of more "missile defense" infrastructure to the region under that manufactured pretext.