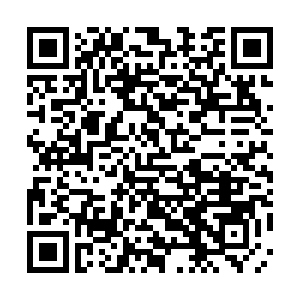 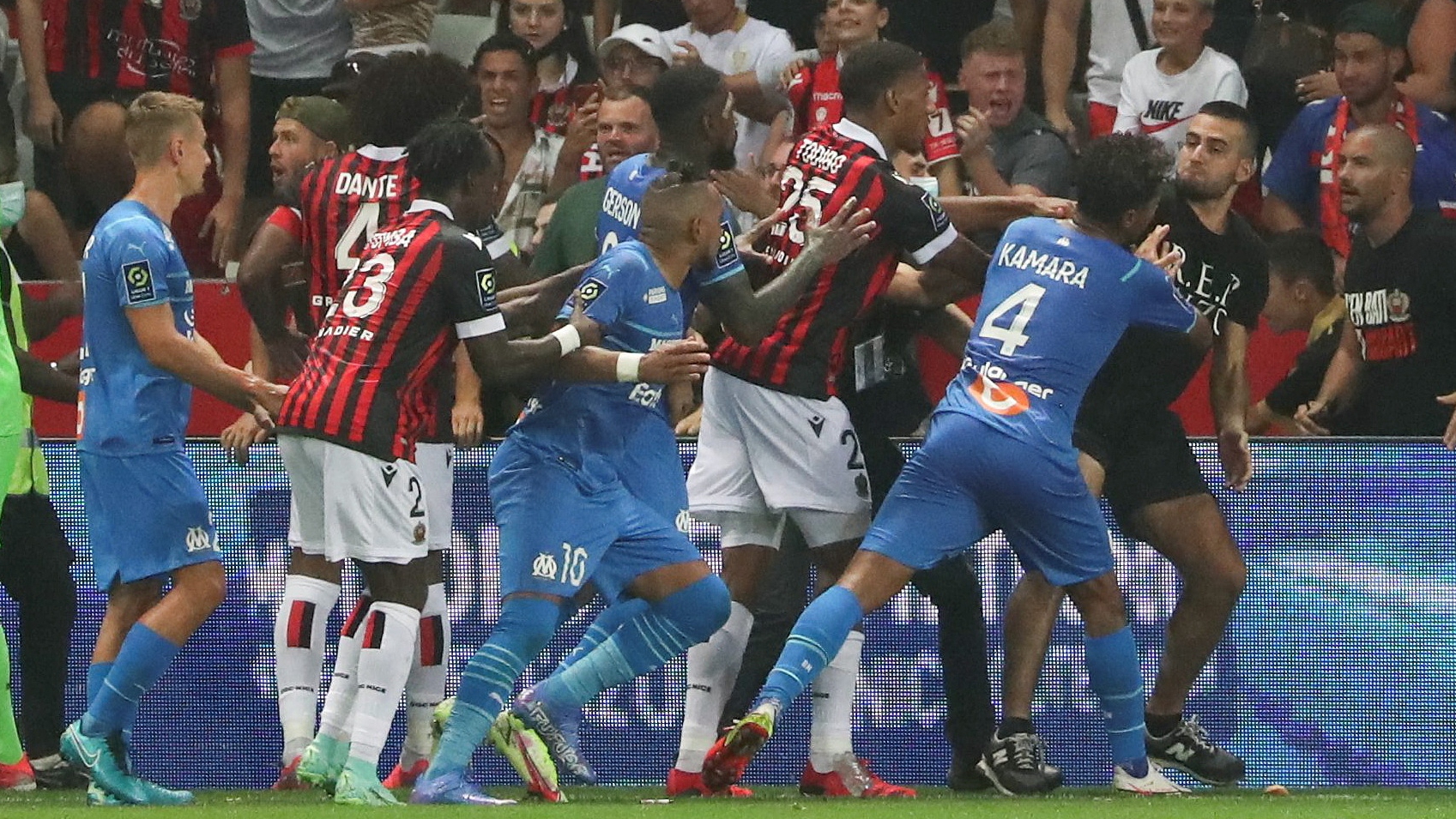 Ligue 1 game between Nice and Marseille at the Allianz Riviera stadium was forced to be abandoned after home fans rushed on to the pitch and clashed with players in Nice, France, August 22, 2021. /CFP

Ligue 1 game between Nice and Marseille at the Allianz Riviera stadium was forced to be abandoned after home fans rushed on to the pitch and clashed with players in Nice, France, August 22, 2021. /CFP

Nice finally learned their fate on Wednesday night. The French Ligue 1 club, who were at the center of ugly crowd trouble that led to their home match against Marseille on August 22 being abandoned, have been docked two points by the League's disciplinary commission.

The topflight game between the two sides was suspended when Nice fans invaded the pitch and clashed with players and members of the coaching staff. The invasion at the Allianz Riviera Stadium was sparked when Marseille star Dimitri Payet, who was hit on the back of the head by a bottle launched from the stands, threw a bottle back into the crowd.

"After reading the investigation report in the presence of the two clubs, the Commission decided to replay the match on a relocated field. In addition, two penalty points were imposed on Nice, including one suspended point," the Ligue de Football Professionnel (LFP) said in a statement.

The LFP also announced that Nice's next three home games will all be played behind closed doors. As for the players involved in the violence, Payet has been slapped with a suspended one-match ban. His teammate Alvaro Gonzalez, who was also accused of provoking Nice fans, has been handed a two-game suspension. 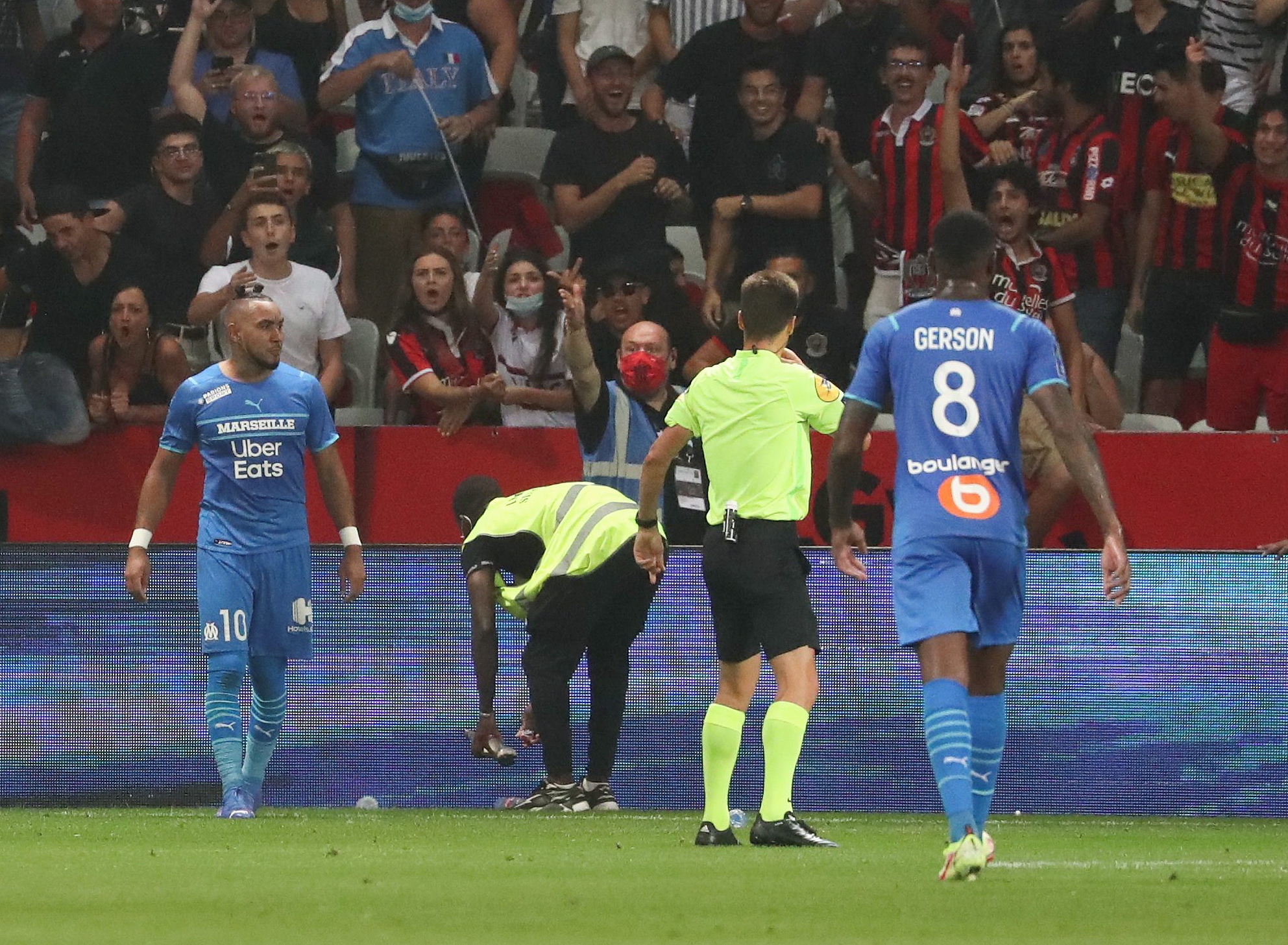 Dimitri Payet (L) during the Ligue 1 game between Nice and Marseille at the Allianz Riviera stadium in Nice, France, August 22, 2021. /CFP

Dimitri Payet (L) during the Ligue 1 game between Nice and Marseille at the Allianz Riviera stadium in Nice, France, August 22, 2021. /CFP

Marseille physio Pablo Fernandez, who was filmed punching a Nice supporter, has been given a nine-month touchline ban, which means he will miss all Ligue 1 activities for the rest of the season.

Meanwhile, Paris Saint-Germain (PSG) have hit back at Spanish La Liga chief Javier Tebas in the row over his extraordinary and ringing denunciation of the French Ligue 1 giants and their players.

Tebas earlier told a news conference that PSG, who scooped 34-year-old Lionel Messi from Barcelona this summer, were "as dangerous" as the doomed European Super League. "PSG look like the league of legends given the age of some players. La Liga has young players like Vinicius [Junior]. What PSG are doing is as dangerous as the Super League," Tebas said.

"We will continue to grow despite the departure of Messi. We will work against the club states. These clubs are as much enemies as the Super League," added Tebas, who is a staunch critic of PSG's financial might in the transfer window. 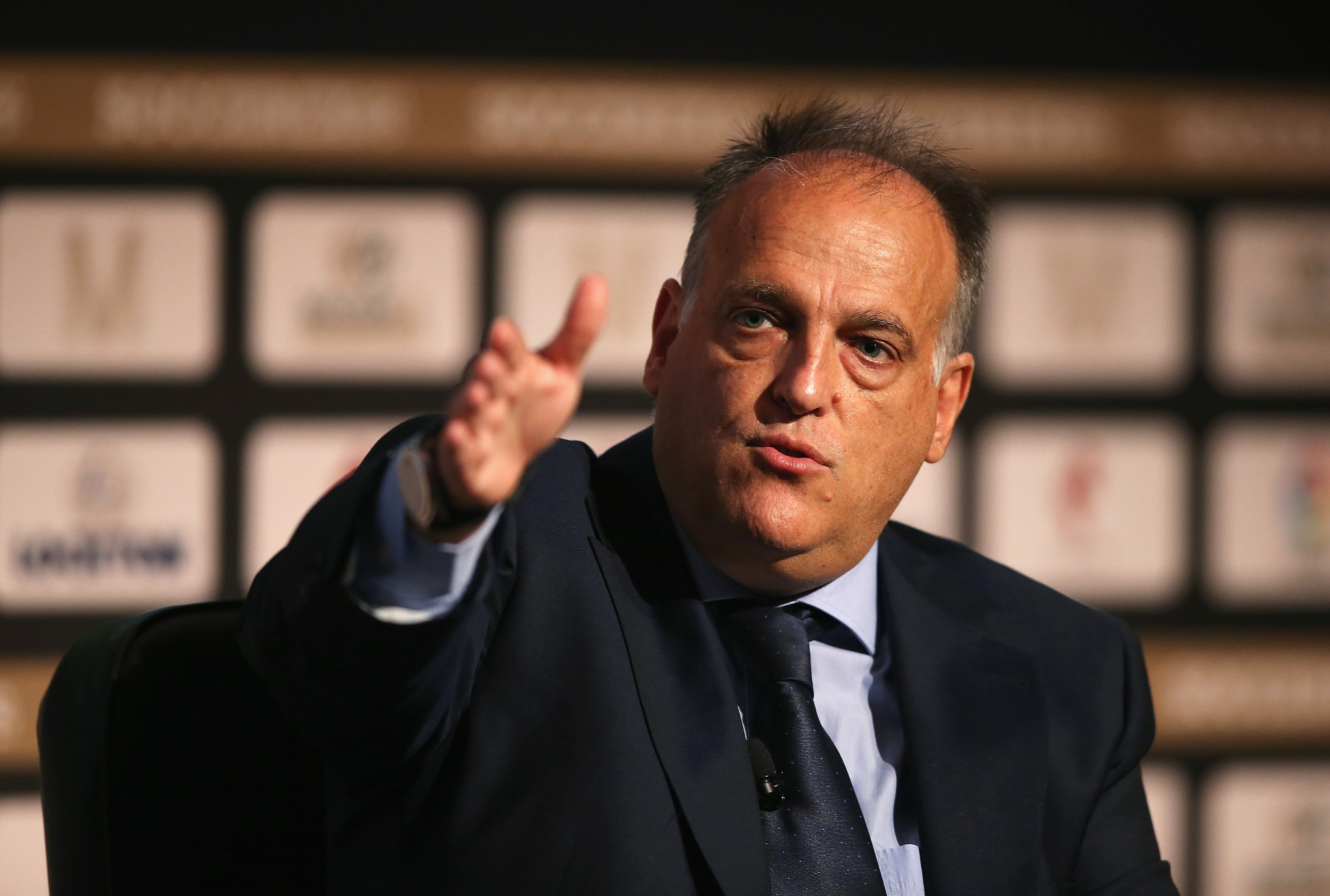 In a robust response, PSG said La Liga clubs were on the receiving end of state subsidies and Tebas should mind his own business rather than attack PSG.

"Time after time, you allow yourself to publicly attack the French League, our clubs, our players while constantly posting insulting and defamatory statements insinuating that we do not conform to the football financial regulations," PSG general secretary Victoriano Melero said in a statement.

"It will not have escaped your attention that we comply with UEFA and French regulations. It is worth noting that the French League did not, like your league, wait until recent years to put in place strong financial regulations.

"It is now publicly known that certain Spanish clubs and your league are facing unsustainable levels of debt after gross mismanagement, not to mention the way Spanish football has been financed over the past decade – including by the state. 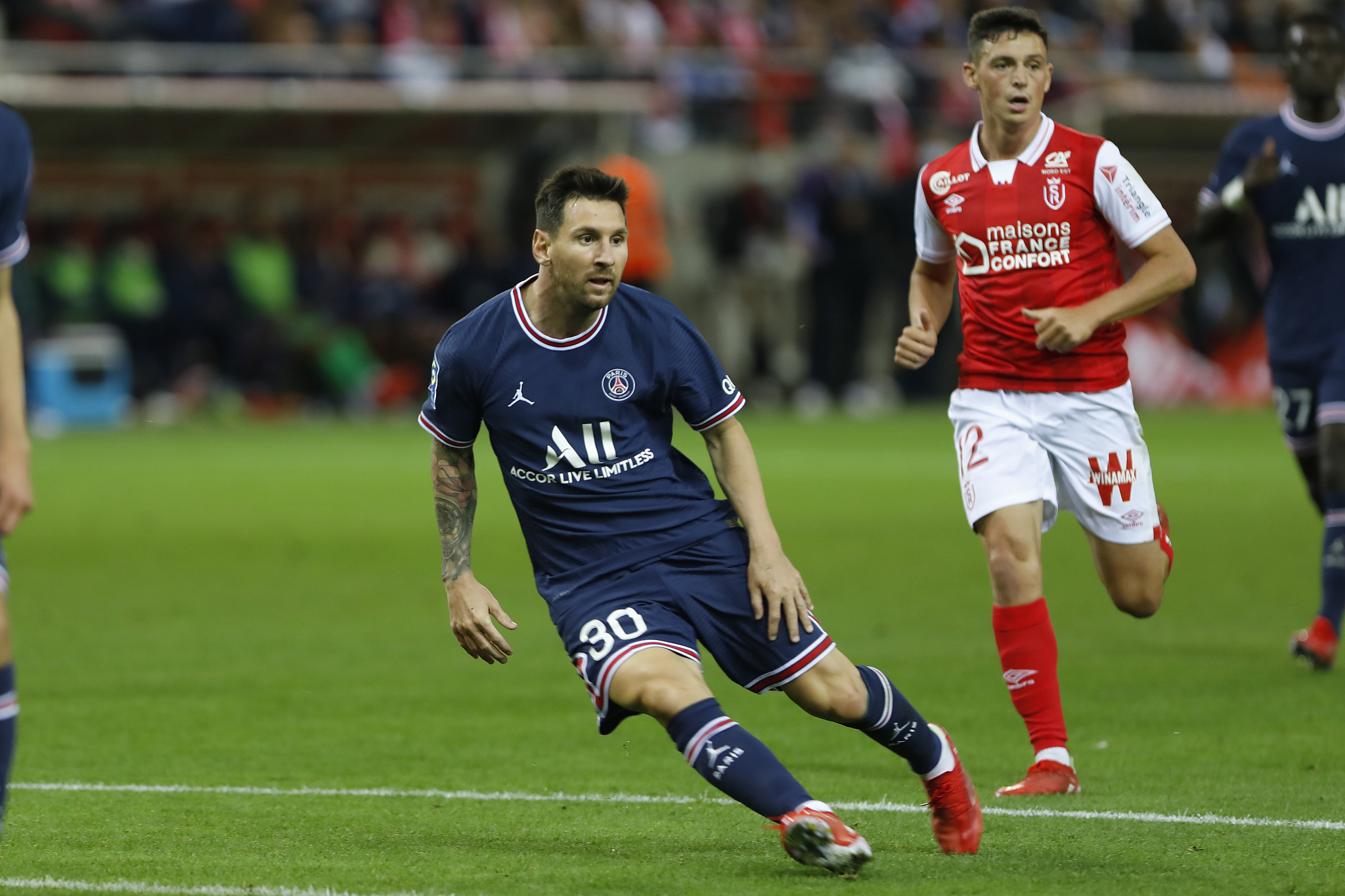 "Now you are also directly and disrespectfully attacking the players. Your remarkable comments on the age of these players not only insults their past and current roles in defining how our great game is played but also the millions of fans around the world who idolize them.

"I am quite surprised you are not focusing more of your attention on the two clubs in your league – Real Madrid and Barcelona – that remain steadfast focused on breaking up your league and European football as a whole.

"We invite you to focus on solving your domestic issues, which you are responsible for, and to stop your transparent and repeated diversion attempts," Melero concluded.