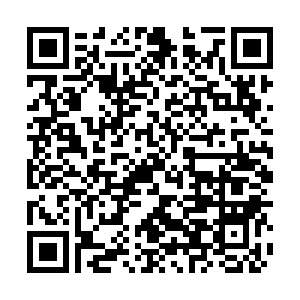 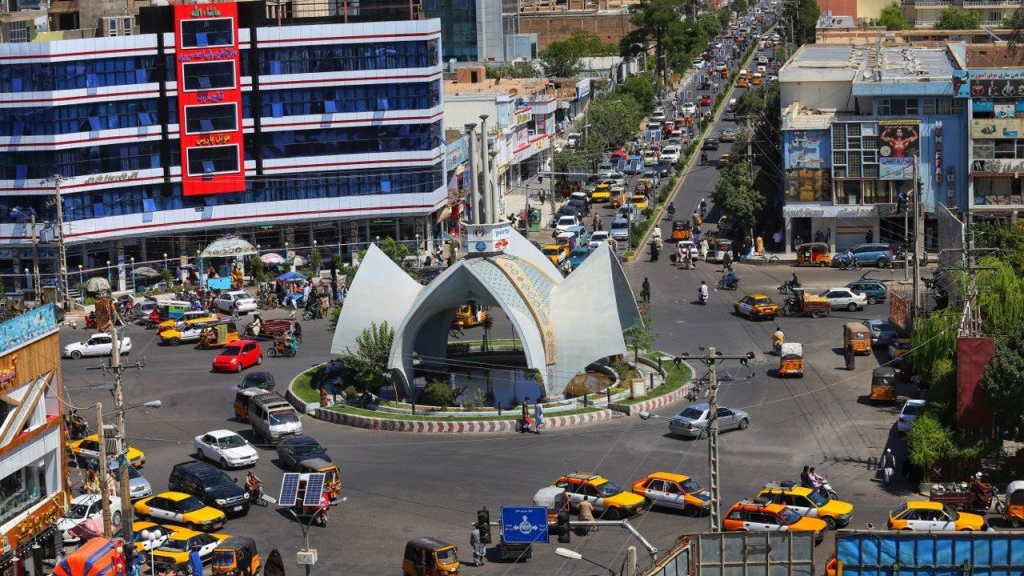 Editor's note: Dr Muhammad Salman Ahmad is an Associate Professor at the School of Political Science and Public Administration Neijiang Normal University, Sichuan, China. The article reflects the author's opinions and not necessarily the views of CGTN.

The widespread consensus is that emphasizing these three sectors will lead to a more robust and self-sustaining economy, which will result in unleashing the country's potential for commencing and building territorial economical competition, inter-connectivity and cooperative development, the equivalent of which has never been seen before.

Engaging in regional economic projects should be a centerpiece of the Taliban's government, and their foreign policy should be seen as a path to restoring peace and protective covering of international projects in a spoiled country. While expressing the desire to link Afghanistan with regional economic activities and international projects that advance its foreign policy, the new Taliban government must also be aware of global and regional issues which support them. They must also try to forge out their national interests within these economic undertakings as well as develop the appropriate measures to defend those interests. Nonetheless, if Afghanistan wants to become self-sustaining in the near future, it will need to make suitable economical modalities to divorce itself from erratic assistance.

The Belt and Road Initiative and Afghanistan

In the past, the government of Afghanistan prioritized participation in the Belt and Road Initiative (BRI). The BRI has been portrayed as a regional cooperation model in which China and Afghanistan will mutually benefit while participating in energy sectors, natural assets extraction and business enterprise services. Former Chief Executive of the Islamic Republic of Afghanistan Abdullah Abdullah paid a visit to China in May 2016. During his visit, foreign ministers from both sides inked an MoU to expand areas of collaboration under the umbrella of the BRI. In the light of this historical MoU, China appears to view Afghanistan as a partner "well-positioned" to assist Beijing in connecting to the rest of the region through the Belt and Road Initiative Project. Guests cut the ribbon during a Chinese product exhibition in Kabul, capital of Afghanistan, April 9, 2021. /Xinhua

Guests cut the ribbon during a Chinese product exhibition in Kabul, capital of Afghanistan, April 9, 2021. /Xinhua

Due to this mega infrastructure project, a stable Taliban government would be able to connect its Silk Road ambition with China's Belt and Road Initiative (BRI). It will not only give an advantage to China, but also improve the South and Central Asian region economically. The BRI also has the potential to greatly assist Afghanistan in developing a sustainable economy and enabling it to become a vital trade and transit hub.

In Pakistan and Afghanistan, most observers see this as a primarily good step in improving the economics of South Asian and Central Asian countries.

For centuries, Afghanistan has served as a major cross-path along the ancient Silk Road. Its capital Kabul and cities like Balkh, Kandahar, Herat and several other cities of Afghanistan functioned as major transit hubs connecting the Western and Eastern worlds. Even though the Silk Road's importance waned in the 18th century, Afghanistan's parcel of land has become more convenient than ever.

With the assistance of regional allies, the Taliban administration should refocus its efforts on creating a new Silk Road in order to resurrect the country's potential as a vital junction. But first and foremost, their foreign policy approach should place a high priority on the building of hard infrastructure such as creating dams, improving farmland, developing irrigation systems, extracting precious metals and focusing on territorial border control management collaboration as well as regional and international socioeconomic cooperation agreements.

The report of the Regional Economic Cooperation Conference (RECC) on Afghanistan in 2016 highlights the country's tremendous progress in fulfilling its capability to reclaim its Silk Road status.

Afghanistan is strategically positioned. It is a crossroads in Central Asia connecting China, South Asia and the Middle East. It was formerly a terra firma that functioned as a crossroads for civilizations using the famed Silk Road. Afghanistan's geo-strategic position is extremely significant now as it aims to return to its former status as an important land bridge.

Afghanistan's strategic position plays a vital role to connect energy-poor South Asia with energy-rich Central Asia, particularly due to the pressing demand for commerce and transit in these two rising economic hot spots. Afghanistan presents a unique passageway for energy commerce and transit that no other country can match, a value that has been acknowledged and underlined by the previous Afghan government, neighboring nations, and international organizations over the last decade. Central Asia has a gas and electricity surplus for which it needs a market. South Asia requires gas and power, especially in Pakistan and India, and their uncontrollable populations and vicinity make it a viable market for Central Asia's energy surplus.

The (RECC) meeting on Afghanistan, which began in 2007, is the most visible example of such initiatives. Afghanistan can expedite the transfer of energy between Central Asia and South Asia. In late 1980s, the notion of a Trans-Afghanistan Pipeline (TAPI) was introduced. It is now a top priority for South Asian countries Pakistan and India, as well as Turkmenistan. Similar natural gas transport projects exist such as the Turkmenistan–Afghanistan–Pakistan Line and the Turkmenistan–Uzbekistan–Tajikistan–Afghanistan– Line, for which Afghanistan serves as the only transit route. Only time will tell if the Taliban will pay attention to such projects, which will be recognition of Afghanistan's location as a comparative advantage.

Taliban's stance on the BRI

Some policy pundits predict that the Taliban takeover might bring back the harsh realities of the past, but so far the Taliban are taking every step with caution and the world is watching a different Taliban mindset and approach. Recently, Taliban Spokesperson Zabihullah Mujahid announced that Chinese assistance will build the foundation of Afghan development and China will be Afghanistan's "main partner."

"China will be our main partner and represents a great opportunity for us because it is ready to invest in our country and support reconstruction efforts," said spokesman Zabihullah Mujahid. He further said that the Taliban gives importance to China's BRI as the project will revive the ancient Silk Road. "China will be our gateway to international markets," he added.

There are "rich copper mines in the country, which, thanks to the Chinese, can be put back into operation and modernized. In addition, China is our pass to markets all over the world." he added, "The Taliban also view Russia as an important partner in the region and will maintain good relations with Moscow."

Such positive remarks from the new Taliban government show their commitment and involvement with regional powers. They realize the importance of the BRI and want to fully engage to gain more benefits of Afghanistan's advantageous position of being at the crossroads of South Asia and Central Asia.

However, this commitment needs to be backed up by an inclusive political structure, prudent domestic and foreign policies, and resolute measures to crack down on terrorism so that China and other countries can safely invest in and cooperate with Afghanistan.

Otherwise, as research fellow David Sacks in the U.S. think-tank Council on Foreign Relations mentions, "China is likely to be deterred from investing significant money in Afghanistan given the country's deteriorating security."