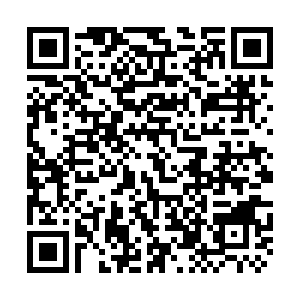 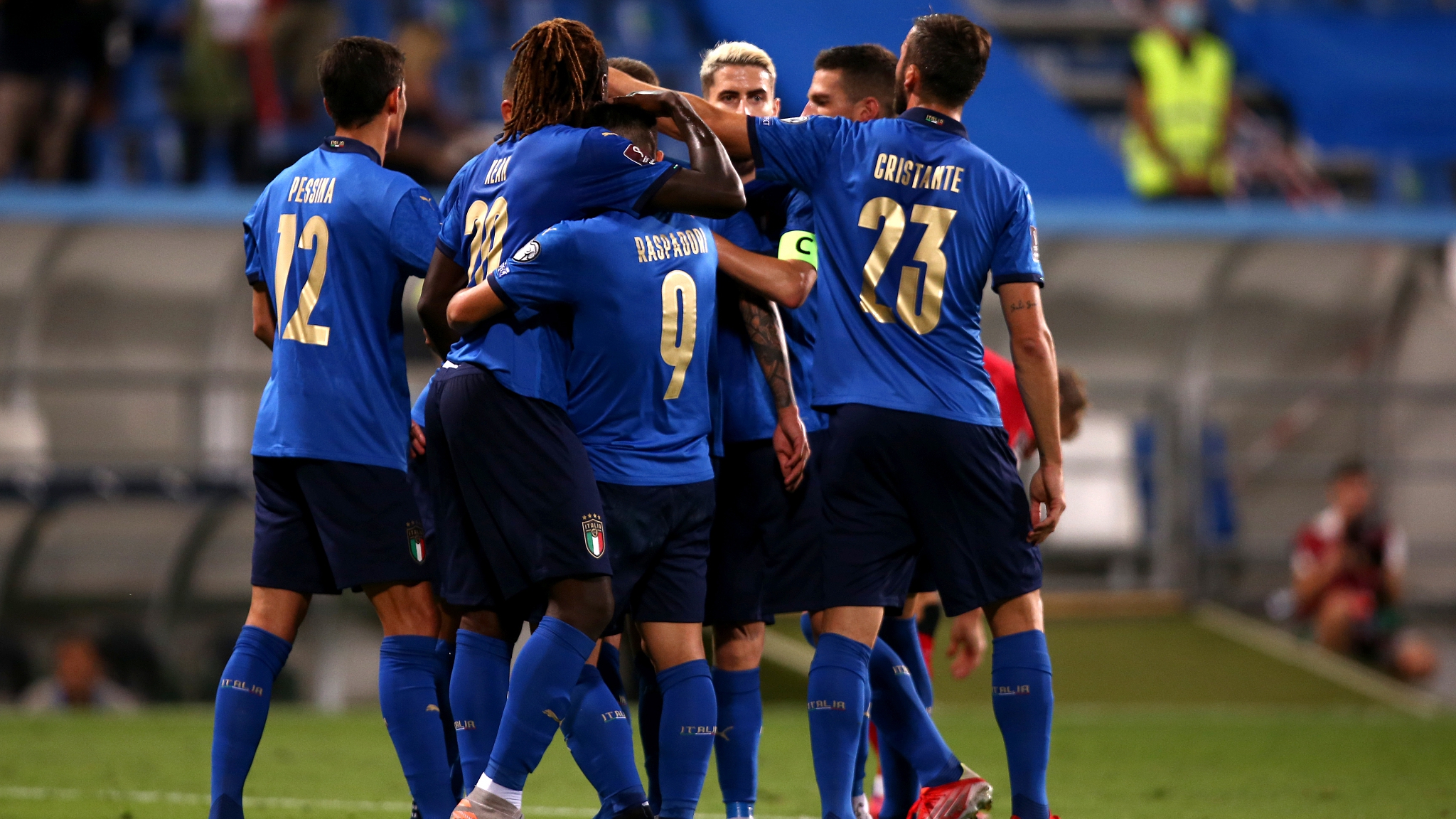 Moise Kean grabbed his first international goals since March 2019 as Italy thrashed Lithuania 5-0 in World Cup qualifiers on Wednesday, as Damian Szymanski's late header forced England to settle for a draw in Poland.

Italy had drawn their previous two qualifiers to slip into a battle with Switzerland for automatic qualification from Group C. But the European champions, who set a new world record of 36 internationals unbeaten with the goalless draw against the Swiss at the weekend, produced a dominant display against Lithuania in Reggio Emilia.

Young striker Kean, who rejoined Juventus from Everton in the close-season after a successful loan spell at Paris Saint-Germain, scored twice in the first half.

Edgaras Utkus put through his own net and Giacomo Raspadori also scored as Italy moved four ahead at the break.

Giovanni Di Lorenzo made it five in the second period as Roberto Mancini's side stretched their lead over Switzerland at the top of the table to six points.

The Azzurri are hoping to banish the memories of their shock failure to qualify for the 2018 World Cup in Russia.

The Swiss do have two games in hand, but they were held to a 0-0 draw by Northern Ireland in Belfast, with Haris Seferovic having a penalty saved by Bailey Peacock-Farrell. 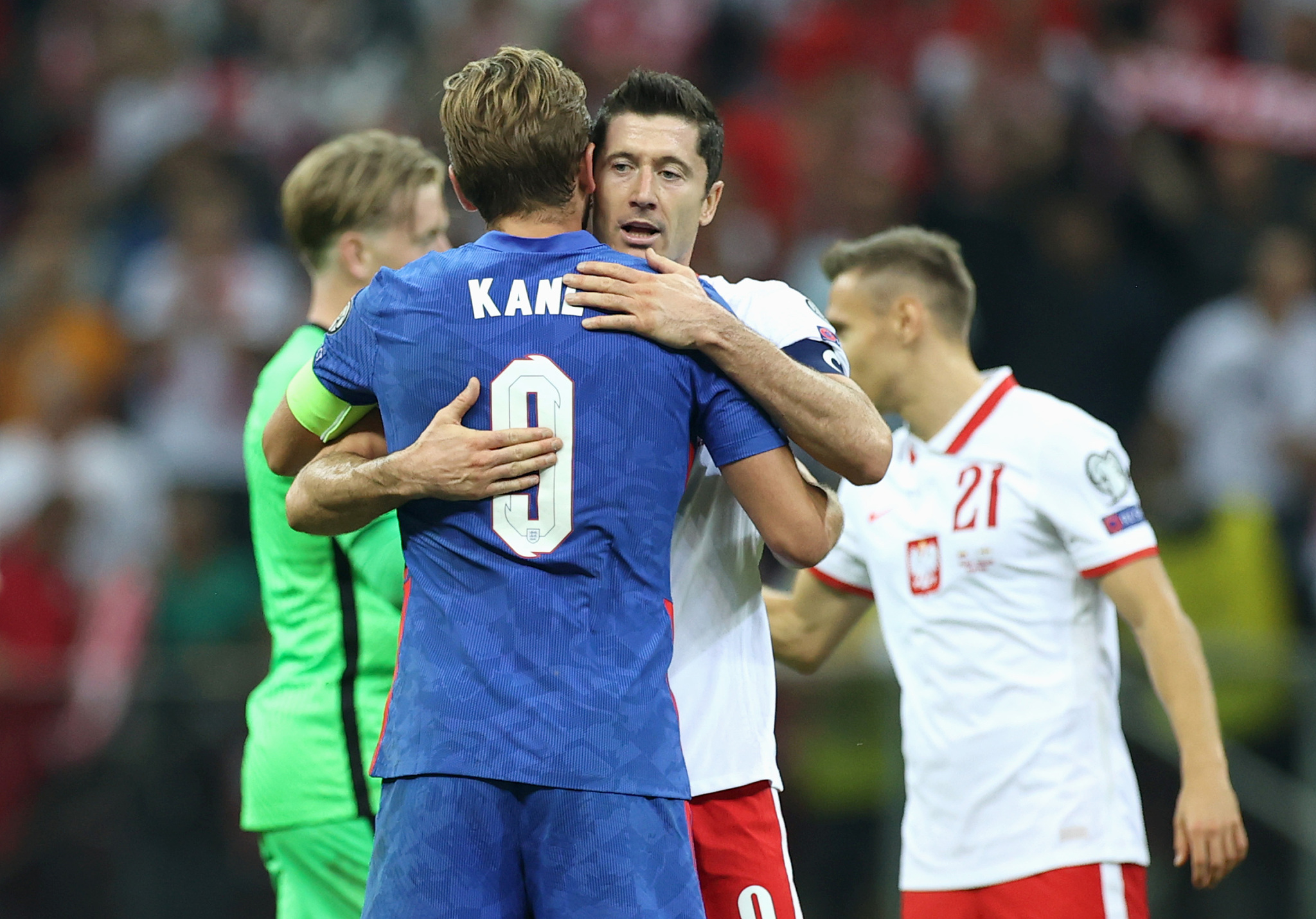 England, who were beaten by Italy on penalties in the Euro 2020 final at Wembley, lost their 100 percent record in qualifying with a 1-1 draw against Poland in Warsaw.

The hosts were second in Group I, five points behind England, before kick-off and frustrated their opponents for long periods.

England captain Harry Kane appeared to have settled a tempestuous affair with 18 minutes remaining, slamming a swerving long-range shot into the bottom corner to score his 41st international goal.

But Szymanski headed home at the back post from Robert Lewandowski's cross in injury time.

Spain's qualification hopes were under threat heading into their game at Kosovo, but a 2-0 win, coupled with Sweden's surprise loss to Greece, gave Luis Enrique's side a much-needed boost.

Sweden, albeit having played two matches fewer than Spain, slipped four points adrift of their Group B rivals after a 2-1 defeat by the Greeks. 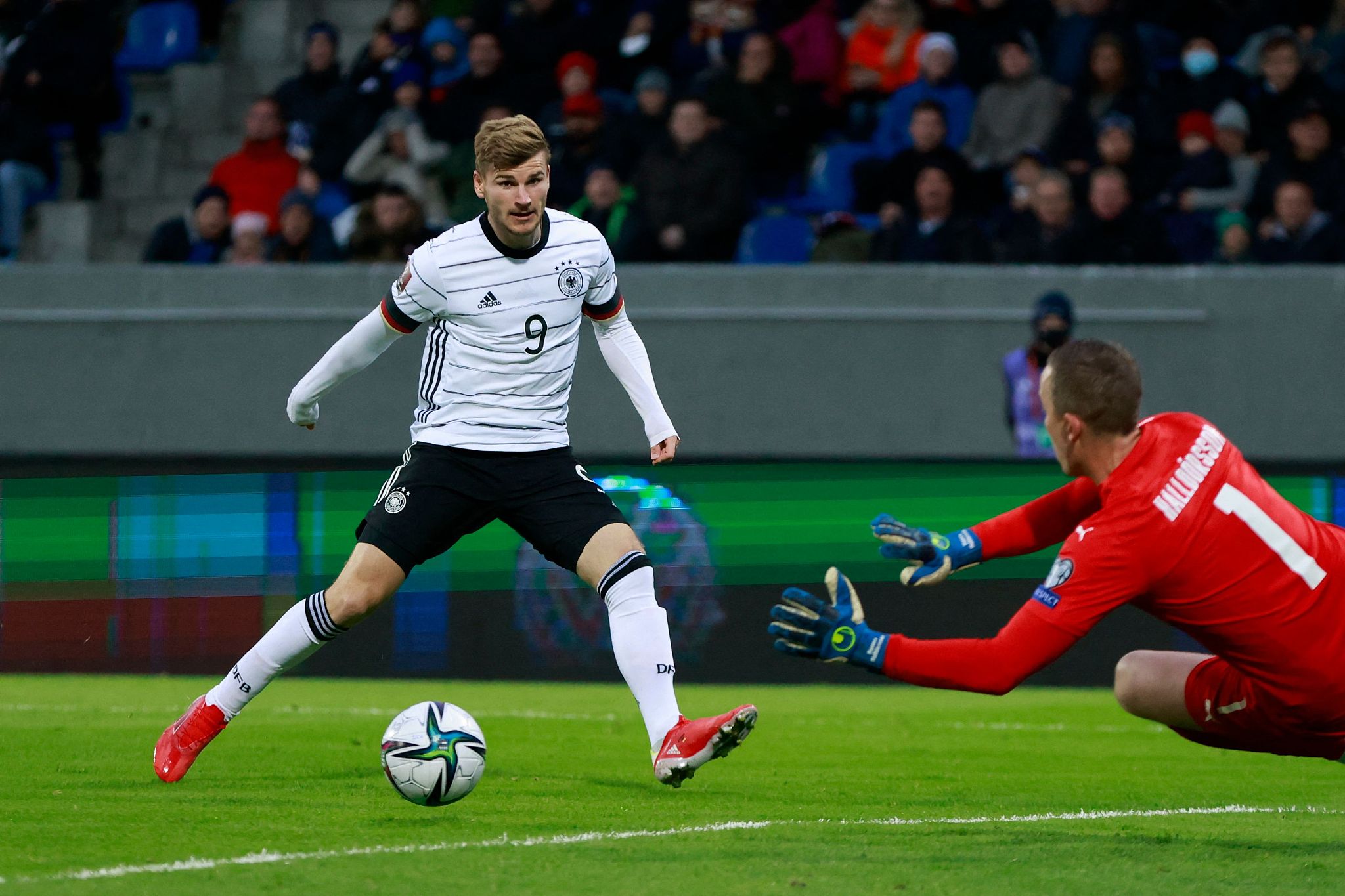 Germany entered the current international break with a new coach, Hansi Flick, and looking to hit back following their European Championship last-16 exit at the hands of England, just months after a shock World Cup qualifying home loss to North Macedonia.

But an impressive 4-0 victory in Iceland made it three wins from three for the former Bayern Munich boss.

There had been serious questions marks raised about the form of forwards Timo Werner, Serge Gnabry and Leroy Sane, but all three netted in Reykjavik.

Werner and Gnabry have both scored three times in these three games, with Sane on the scoresheet twice.

Chelsea center-back Antonio Ruediger was the other scorer as Germany stretched four points clear of Armenia in Group J.

In Group E, Belgium continued their cruise towards qualification as Dennis Praet's first-half effort saw Roberto Martinez's side edge out Belarus 1-0 in Kazan.

Wales are now nine points behind the Red Devils after a goalless stalemate with Estonia in Cardiff.