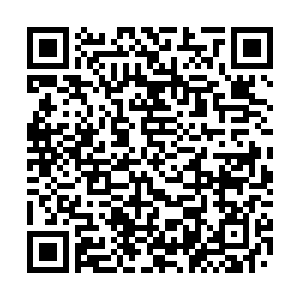 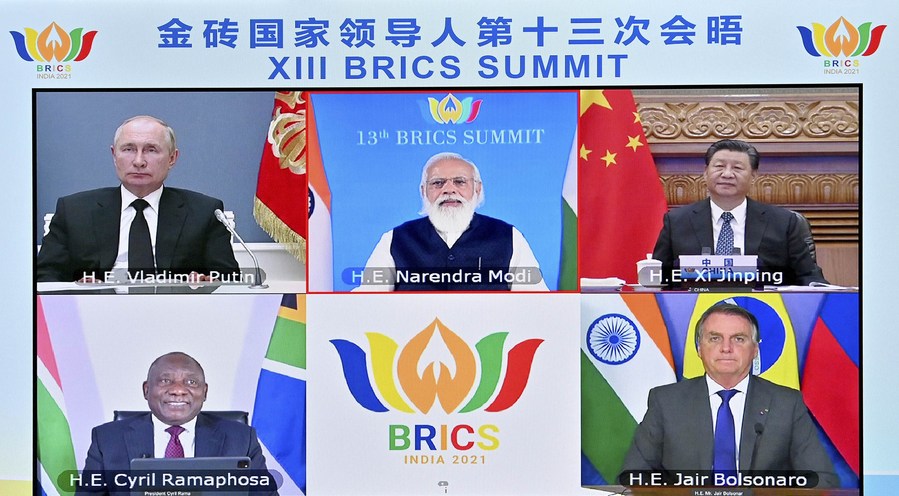 Editor's note: Andy Mok is a research fellow at Center for China and Globalization. The article reflects the author's opinions and not necessarily the views of CGTN.

With about 42 percent of global population coupled with the world's greatest economic momentum, diversity and vibrancy, BRICS (Brazil, Russia, India, China and South Africa) possesses a greater degree of legitimacy in speaking for a world of nearly eight billion people than does the so-called liberal international order dominated and increasingly weaponized by the United States.

And this international order may be crumbling as a series of missteps by the United States such as the invasion of Iraq, the 2008 financial crisis, the mishandling of the COVID-19 pandemic and the recent disastrous withdrawal from Afghanistan has unleashed a crescendo of alarm around the world about its ability to address increasingly urgent and complex global challenges and prompted many countries to scramble for alternative solutions. Moreover, the increasing fixation with turning China into an adversary has prompted even the closest allies of the United States to express doubt about its strength and even viability as a forceful global actor with Ehud Olmert, former Israeli PM commenting, "When I hear the Americans talking about their fear of China, I too begin to worry that the U.S.'s strength is actually much weaker than we thought it was."

And it is in this context that Chinese President Xi said at this year's BRICS Summit on September 9, "We need to make good use of BRICS mechanisms such as the meeting of foreign ministers and the meeting of high representatives for security, better coordinate our position on major international and regional issues, and send out an even bigger, collective voice of BRICS countries."

Chaired by India this year, the theme of the summit was "Intra-BRICS cooperation for continuity, consolidation and consensus" with areas of priority including counter-terrorism, using digital and technological tools for achieving sustainable development goals (SDGs) and enhancing people-to-people exchanges. Echoing President Xi's call, India's Prime Minister Modi noted, "Despite COVID situation this year, over 150 BRICS meetings and events were organized. Of these, over 20 were ministerial-level." 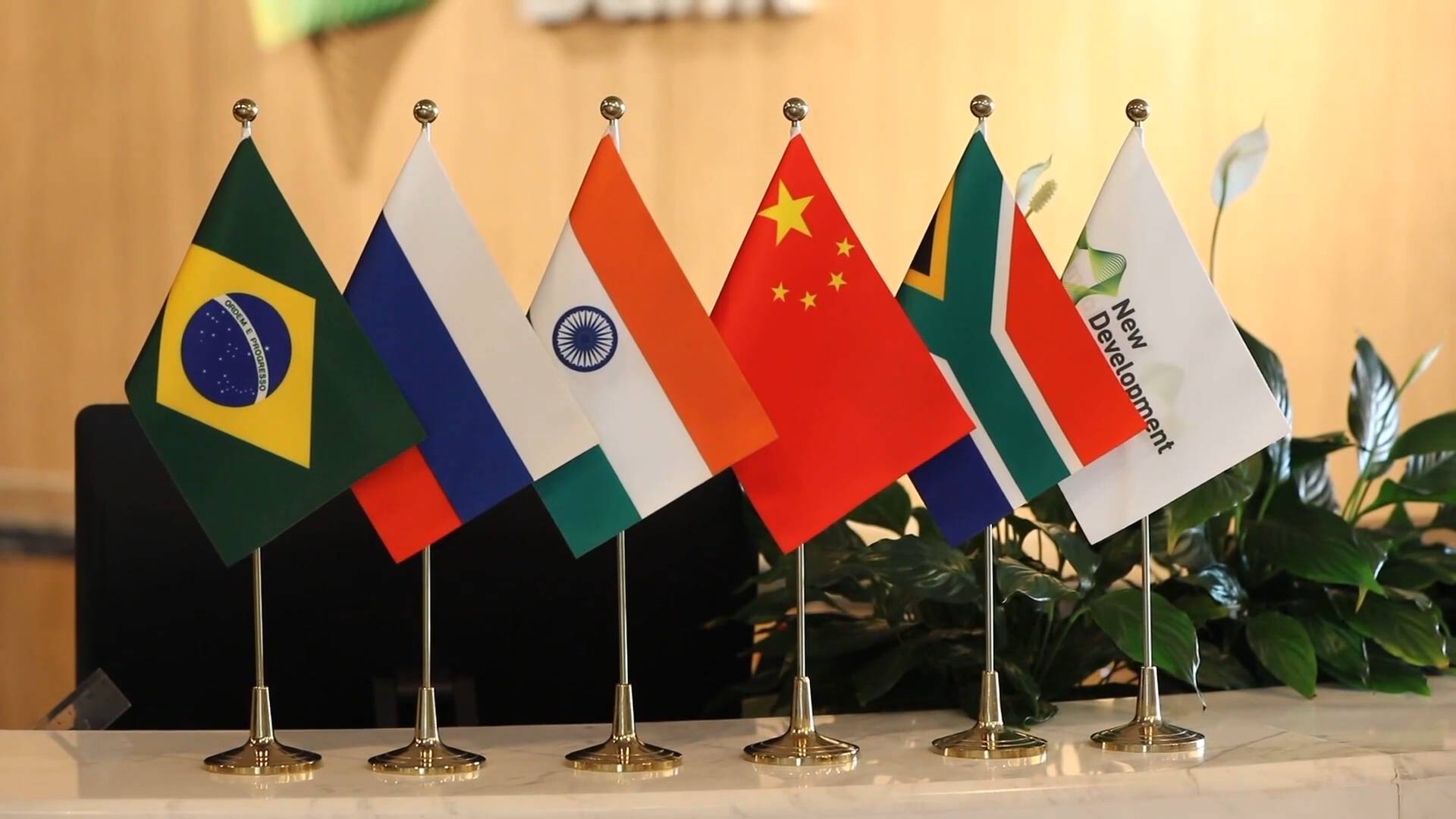 As BRICS countries continue to better coordinate positions and strengthen its collective voice on the global stage as well as accelerate advances in financial architecture, a growing number of countries seek to join. Currently, Argentina, Bangladesh, Indonesia, Mexico and Turkey all have expressed strong interest in full membership while Egypt, Greece, Iran, Nigeria, Pakistan Sudan and Syria have also expressed interest in joining with Bangladesh formally being invited to join the organization in 2020.

One of the most important benefits BRICS offers its current members and potential members is the development of an alternative financial architecture comprising the New Development Bank and the BRICS Contingent Reserve Arrangement (CRA) to address global liquidity pressures as well as plans announced in 2015 for a BRICS payment system as an alternative to Society for Worldwide Interbank Financial Telecommunications (SWIFT).

According to President Xi at a speech he delivered at the seventh meeting of the Central Committee of Finance and Economics on April 10, 2020 he said, "We must take advantage of the trend to accelerate the construction of digital economy, digital society, and digital government, promote digital optimization and upgrading in various fields, and actively participate in the formulation of international rules such as digital currency and digital tax to create new competitive advantages."

A key development related to this is China's piloting of the digital yuan. As this initiative matures, it can become a critical digital and technological tool for financial inclusion in not just BRICS countries but others in the global south where more than a billion people still lack access to even the most basic financial services.

Moreover, China's digital yuan infrastructure can be used in conjunction with recent laws and regulations that strengthen financial sovereignty for cross-border payments that align with and support the interests of China and other BRICS countries without risk of interference by hostile countries seeking to weaponize global payment systems.

As the liberal international order continues to wither and questions swirl around its ability to address increasingly acute and complex challenges, BRICS and other groupings such as the Shanghai Cooperation Organization and the Regional Comprehensive Economic Partnership that possess genuine legitimacy and more faithfully represent the concerns, interests and aspirations of the world are gaining greater influence and opportunities to create a more just, prosperous, humane and sustainable future. Implementing a new financial architecture with China playing a key role will only strengthen the collective voice of BRICS and those that share its goals and interests.