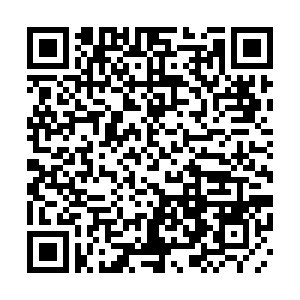 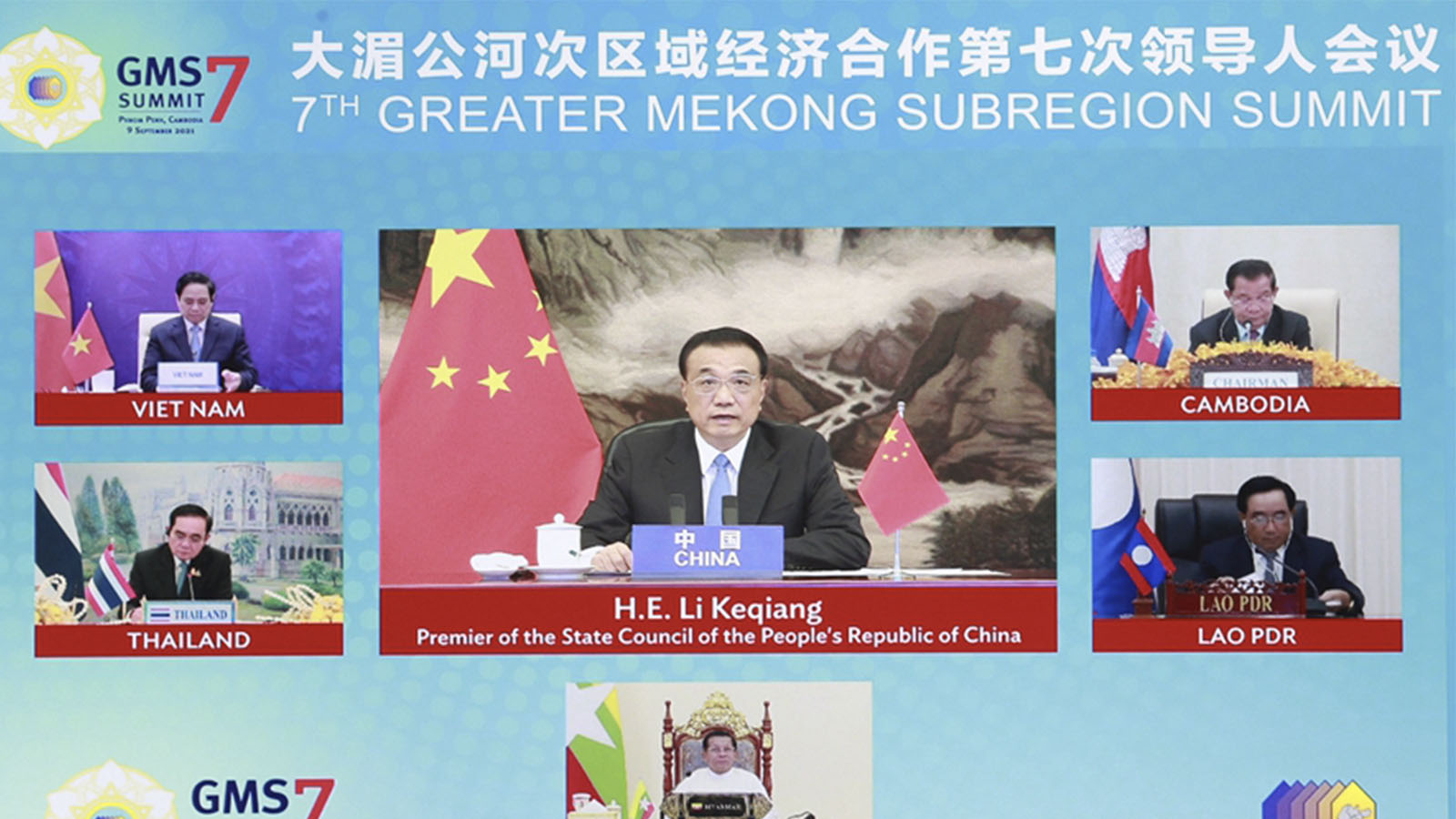 Chinese Premier Li Keqiang attends the seventh summit of the Greater Mekong Subregion (GMS) Economic Cooperation via video link, at the Great Hall of the People in Beijing, capital of China, September 9, 2021. /Xinhua

Chinese Premier Li Keqiang attends the seventh summit of the Greater Mekong Subregion (GMS) Economic Cooperation via video link, at the Great Hall of the People in Beijing, capital of China, September 9, 2021. /Xinhua

Editor's note: Hamzah Rifaat Hussain, a former visiting fellow at the Stimson Center in Washington and a former assistant researcher at the Islamabad Policy Research Institute (IPRI), is a TV anchor of Indus News in Pakistan. The article reflects the author's opinions and not necessarily the views of CGTN.

Sustainability and inclusivity, which have historically been the hallmarks of Southeast Asia, were once again reinforced at the Greater Mekong Subregion (GMS) Summit of 2021 which featured Laos, China, Myanmar, Thailand and Vietnam. Chinese Premier Li Keqiang called upon all member states to broaden current areas of cooperation which includes taking due cognizance of the pernicious effects of the COVID-19 pandemic on their respective domestic economies. This message and the strategic frameworks agreed upon carry plenty of strategic significance.

Hosted by Phnom Penh in Cambodia, the 7th summit of the GMS resulted in all parties agreeing on adopting a new strategic program which is the GMS's third overall. Note that the framework outlines key areas for deliberation such as climate change, protectionism and economic complexities. Taking a lead from the goodwill of 1992 with the launch of a development program by the Asian Development Bank, a joint will to tackle issues such as the scarcity of resources was expressed this time around. The pragmatism on the subject of water scarcity for coastal regions for example, is based on addressing the "center-periphery" divide which has historically had a deleterious impact on sovereign economies. Note further that each of the GMS member states are grappling with widening income inequalities which has been exasperated further by the pandemic.

Secondly, the strategic framework agreed upon is both comprehensive and all encompassing. Two documents released, which are the GMS Strategic Framework 2030 (GMS-2030) and the GMS COVID-19 Response and Recovery Plan of 2021 and 2023, are for immediate consideration, where recovery plans on the pandemic involve provision of unfettered and unconditional access of vaccines to all member states for which the Cambodian Prime Minister personally thanked his counterpart Premier Li Keqiang for the role China has played. By establishing an unfettered relationship with China, the capital Phnom Penh has the highest vaccination rate in the world for capital cities with Mekong countries also being the first recipients of vaccine aid from Beijing in August 2020. Furthermore, the recovery plan on the pandemic is a regional equivalent to the UN sponsored global COVAX program, which is built on the spirit of multilateralism and collective responses. 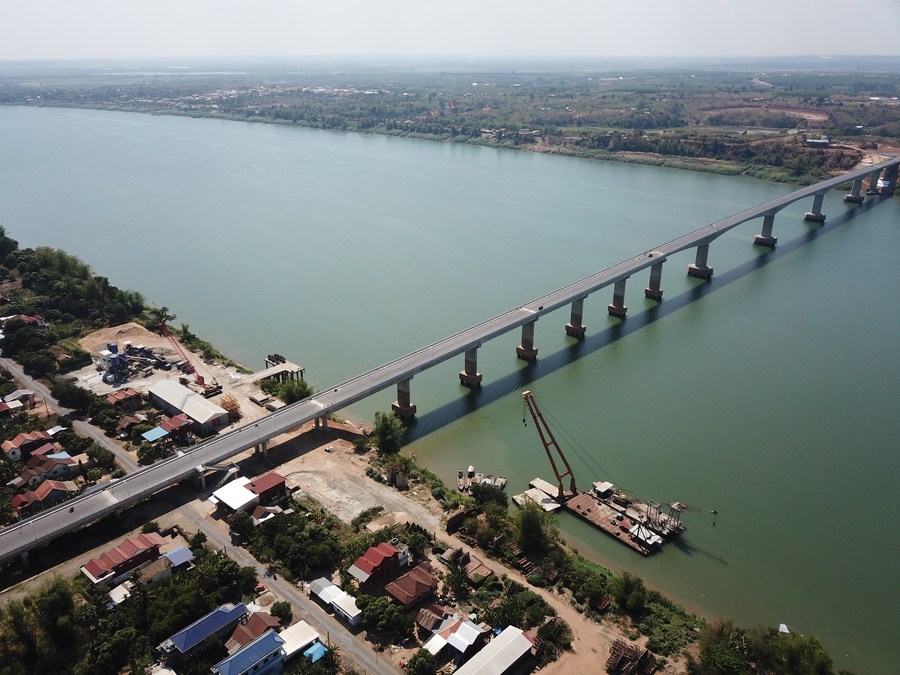 The shared pragmatic approach comes in the absence of bellicose rhetoric centered on provocative matters such as regime change or imploring sovereign governments to make concessions. This approach has only solidified, not challenged fraternal ties. This in itself sets an important precedent for the world to follow.

The economic aspect of the strategic framework is also grounded in pragmatism. Note that countries such as Cambodia and Laos have witnessed severe economic downturns in their respective textile, service and tourism sectors which necessitate unconditional investments. By expressing a collective resolve on timely supply chains and enhancing faltering public health sectors, both the public and private growth poles of the economies can be revived. This comes amid an understanding that the absence of a comprehensive framework with unconditional support, risks descending the Mekong region into further chaos given impending instability linked to poverty and alienation of domestic populations. By covering subjects such as environmental sustainability, economic cooperation and the disastrous effects of the COVID-19 pandemic, countries such as Laos and Cambodia have plenty of optimistic takeaways.

In light of global dynamics centered on increased protectionism and unilateralism, each of the respective leaderships considered the other country an all-weather partner with action on current challenges taking place through a "sub regional" prism. Populism and unilateralism had all but challenged the relevance of regional frameworks and strategic orientations yet the GMS Summit along with its dynamic agreements has pushed back against such trends. A prime example is how projects such as transport, human resource development and solidifying telecommunications which are pressing problems for each member state have been tabled and will be addressed in the strategic frameworks agreed upon in 2021.

Hence, the complex and pressing challenges which confront the Mekong have once again been addressed with wisdom through the GMS Summit held every three years. In the words of Chinese Premier Li Keqiang himself, a closer connection and stronger political trust is the key towards tackling uncertainty and challenges. Nothing more is closer to the truth.