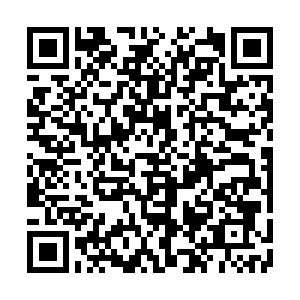 Chinese President Xi Jinping on Friday morning took a phone call from his U.S. counterpart, Joe Biden, and the two leaders had candid, in-depth and extensive strategic communication and exchanges on China-U.S. relations and relevant issues of mutual interest.

Xi first expressed sympathy to Biden and the American people over the human and economic toll in multiple places in the United States caused by Hurricane Ida. Biden appreciated the expression of sympathy.

Xi pointed out that for some time, due to the U.S. policy on China, the China-U.S. relationship has run into serious difficulty.

"This serves neither the fundamental interests of the people of the two countries, nor the common interests of countries around the world," said the Chinese president.

Xi highlighted an ancient Chinese poem, "Mountains and rivers may block the way, yet another village will appear amidst willow trees and blooming flowers."

Since the ice was broken in bilateral relations in 1971, China and the United States have cooperated with each other and delivered tangible benefits to countries around the world, he said.

With the international community facing many common challenges, he called on China and the United States to show broad vision and shoulder great responsibilities.

"The two countries should look ahead and press forward, demonstrate strategic courage and political resolve, and bring China-U.S. relations back to the right track of stable development as soon as possible for the good of the people in both countries and around the world," Xi said.

Xi also elaborated on China's position on climate change and other issues.

He stressed that China continues to prioritize ecological conservation and pursues a green and low-carbon path to development, and has taken the initiative to actively shoulder international responsibilities befitting China's national conditions.

On the basis of respecting each other's core concerns and properly managing differences, he called on relevant departments of the two countries to continue their engagement and dialogue to advance coordination and cooperation on climate change, COVID-19 response and economic recovery as well as on major international and regional issues.

In the meantime, the two sides may tap more potential of cooperation to inject more positive dynamics into the relationship, Xi said.

Biden: Both sides have no interest in letting competition veer into conflict

Biden noted that the world is changing fast. "The U.S.-China relationship is the most consequential relationship in the world, and the future of the bulk of the world will depend on how the United States and China get on with each other."

"The two countries have no interest in letting competition veer into conflict. The U.S. side has no intention to change the one-China policy. It is prepared to have more candid exchanges and constructive discussions with China to identify key and priority areas where cooperation is possible, avoid miscommunication, miscalculation and unintended conflict, and get U.S.-China relations back on track," Biden stressed.

The U.S. side looks forward to more discussions and cooperation with China to reach more common positions on climate change and other important issues, he added.

Both presidents agreed that in-depth communication between them on China-U.S. relations and major international issues is very important for steering the bilateral ties in the right direction.

They agreed to maintain frequent contact by multiple means and instruct officials at the working level to intensify the work, conduct extensive dialogue and create conditions for the further development of China-U.S. relations.