Download
Analysis: Why does Biden insist on the Afghan withdrawal, 20 years after 9/11
By Le Tian 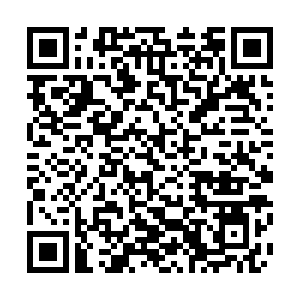 By withdrawing troops from Afghanistan before the 20th anniversary of 9/11 terror attacks, U.S. President Joe Biden was hoping his decision could create headlines like "America's longest war is over" or "Biden ends America's post 9/11 era."

Two decades on, the curtain of America's post-9/11 era did come down but it came along with Taliban's quick retaking of Afghanistan. Some worried if the 20th anniversary marked the start of the "second Afghan war." 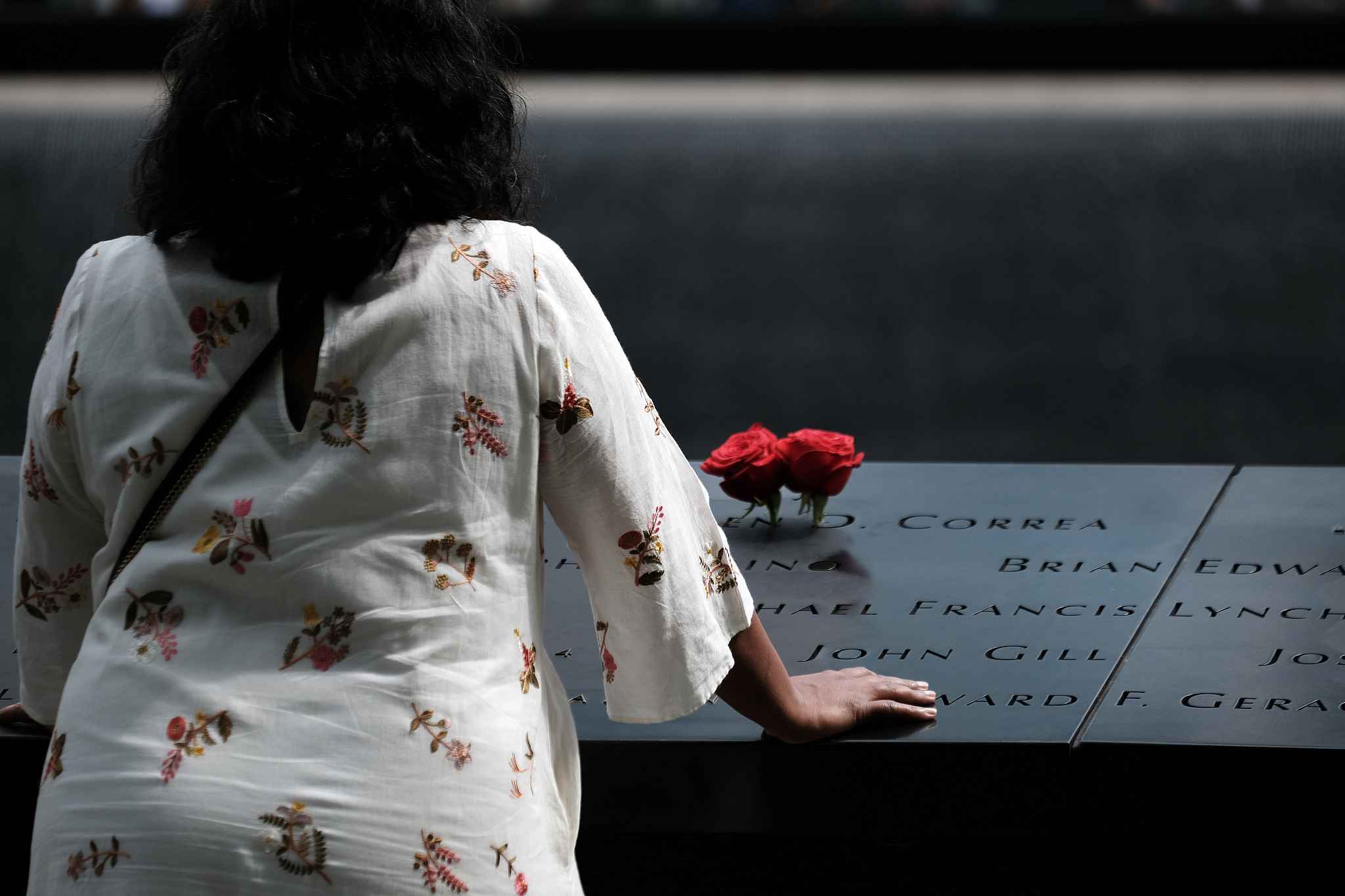 People pay their respects to the deceased at the September 11 Memorial at Ground Zero in New York City, U.S., August 31, 2021. /CFP

People pay their respects to the deceased at the September 11 Memorial at Ground Zero in New York City, U.S., August 31, 2021. /CFP

Earlier in April, Biden pushed back a May 1 withdrawal deadline reached by previous U.S. administration and the Taliban and set a September 11 goal coinciding the U.S. withdrawal with the 20th anniversary of the 9/11 attacks.

Saying it is not unusual for U.S. leaders to curry favor with voters, Wu pointed out that perhaps fearing a comeback by Donald Trump and his followers next year, the Biden administration seems to be more crisis-prone than previous U.S. presidents, and is very eager to show off its accomplishments to voters at every critical point in time, even if such behavior may not be wise from a policy perspective.

She exampled that the Biden administration set July 4, the country's Independence Day, as the date for U.S. "return to normal" regardless the risk of the COVID-19 Delta variant and the country's insufficient vaccination rates, which has led to a America's rapid rebound in COVID-19 since July.

Similarly, Biden's early announcement of the September 11 withdrawal timetable does not do any good from a strategic level, except for attracting the attention of public opinion and pleasing the sentiment of the American public, Wu added.

The Washington Post commented that "Biden wanted to use the 20th anniversary of 9/11 to declare a fundamental rethinking of counterterrorism strategy."

Biden has defended his withdrawal decision saying it was time to "turn the page" on the U.S. role abroad as the country has developed counterterrorism over-the-horizon capability.

"We will maintain the fight against terrorism in Afghanistan and other countries. We just don't need to fight a ground war to do it," the U.S. president said.

But as The Washington Post said, Biden didn't have firm evidences to support his claims that the withdrawal could help improve general U.S. counterterrorism capability.

CIA Director William J. Burns pointed out in April, without people in ground, it's harder for U.S. to seek out terrorist threats. "When the time comes for the U.S. military to withdraw, the U.S. government's ability to collect and act on threats will diminish. That's simply a fact." 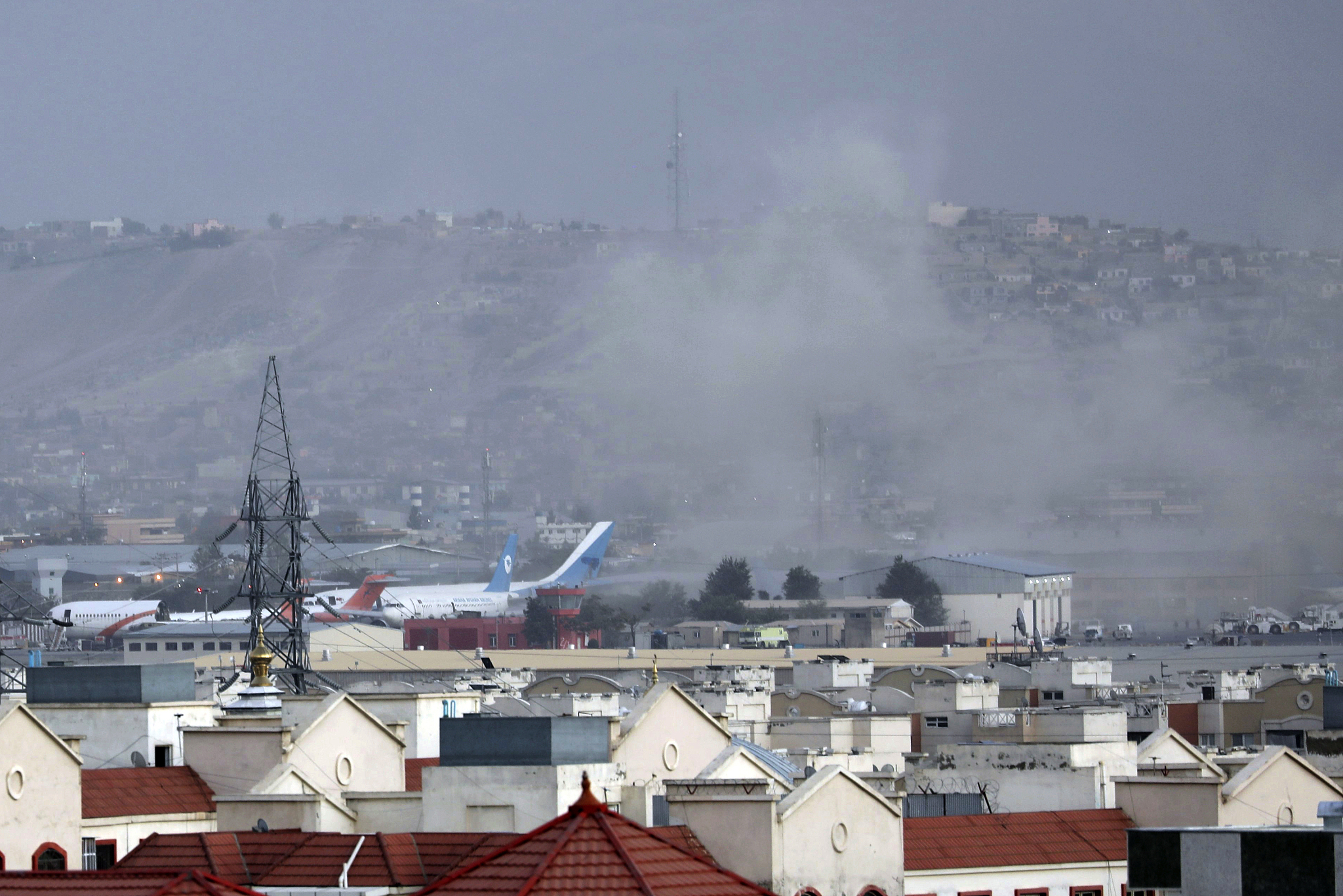 How Americans react to Biden's handling of withdrawal?

Although majority U.S. public favored U.S. military evacuation from Afghanistan, the pubic has given Biden low mark on the handling of the withdrawal, which also punctured his job approval ratings.

According to a Pew Research Center survey conducted on August 23-29, 54 percent U.S. adults say the decision to withdraw troops was right while 42 percent say it was wrong.

An Reuters/Ipsos opinion poll released on August 30 found that 38 percent of Americans approve of Biden's handling of the withdrawal, and three quarters wanted U.S. forces to remain in the country until all American civilians could get out. 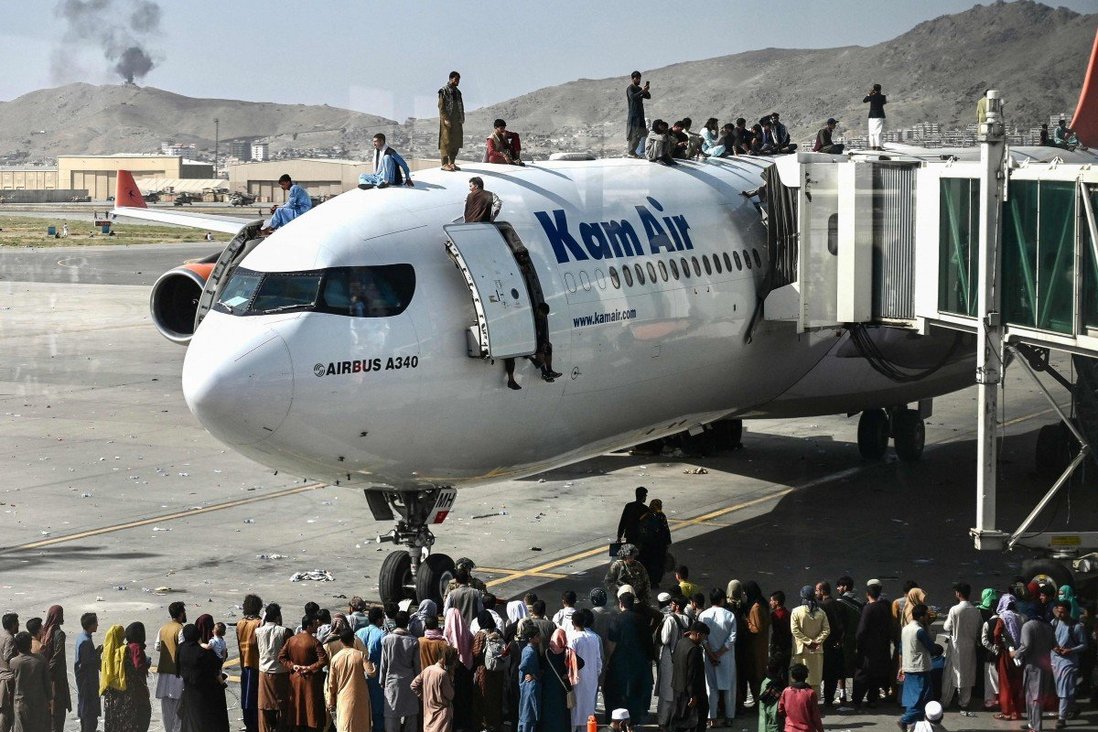 Afghan people climb atop a plane as they wait to leave the country at the Kabul international airport in Kabul, Afghanistan, August 16, 2021. /AFP

Afghan people climb atop a plane as they wait to leave the country at the Kabul international airport in Kabul, Afghanistan, August 16, 2021. /AFP

CGTN looks back on how four U.S. presidents have created today's mess in Afghanistan over the two decades.

From the invasion in 2001 to the hasty withdrawal, a total of four U.S. presidents have overseen America's presence in Afghanistan over the past 20 years.

As for which president should be blamed for U.S. failure in Afghan war, the NPR/PBS NewsHour/Marist poll found that Americans interviewed rank George W. Bush (36 percent), Joe Biden (21 percent), Barack Obama (15 percent), and Donald Trump (12 percent) as being most responsible. 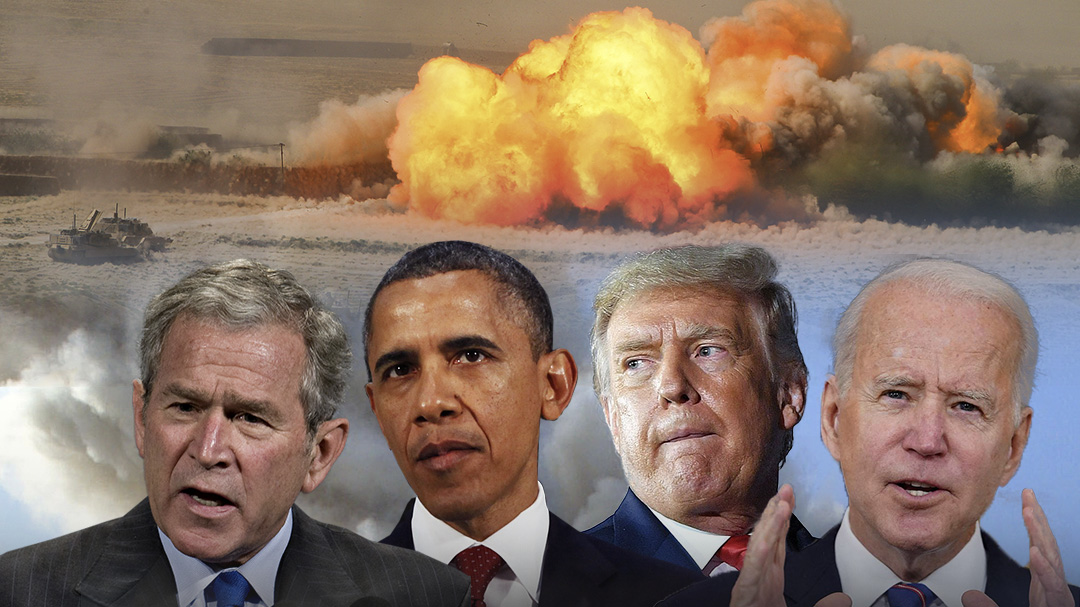