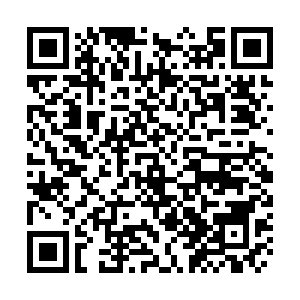 The Macao Special Administrative Region (SAR) will hold its Legislative Assembly election on Sunday, according to an executive order published in March at the Macao SAR Gazette.

How the election works

The Legislative Assembly comprises 33 legislators, 14 chosen by popular vote and 12 who win seats through indirect suffrage, plus seven appointed by the head of government after the elections.

A total of 14 lists and 126 direct-election candidates will be vying for votes, with eight candidates being incumbent legislators seeking re-election.

The legislative elections are held every four years and the spending cap for each campaigning team for the election is set at 3,549,622 patacas ($443,364). 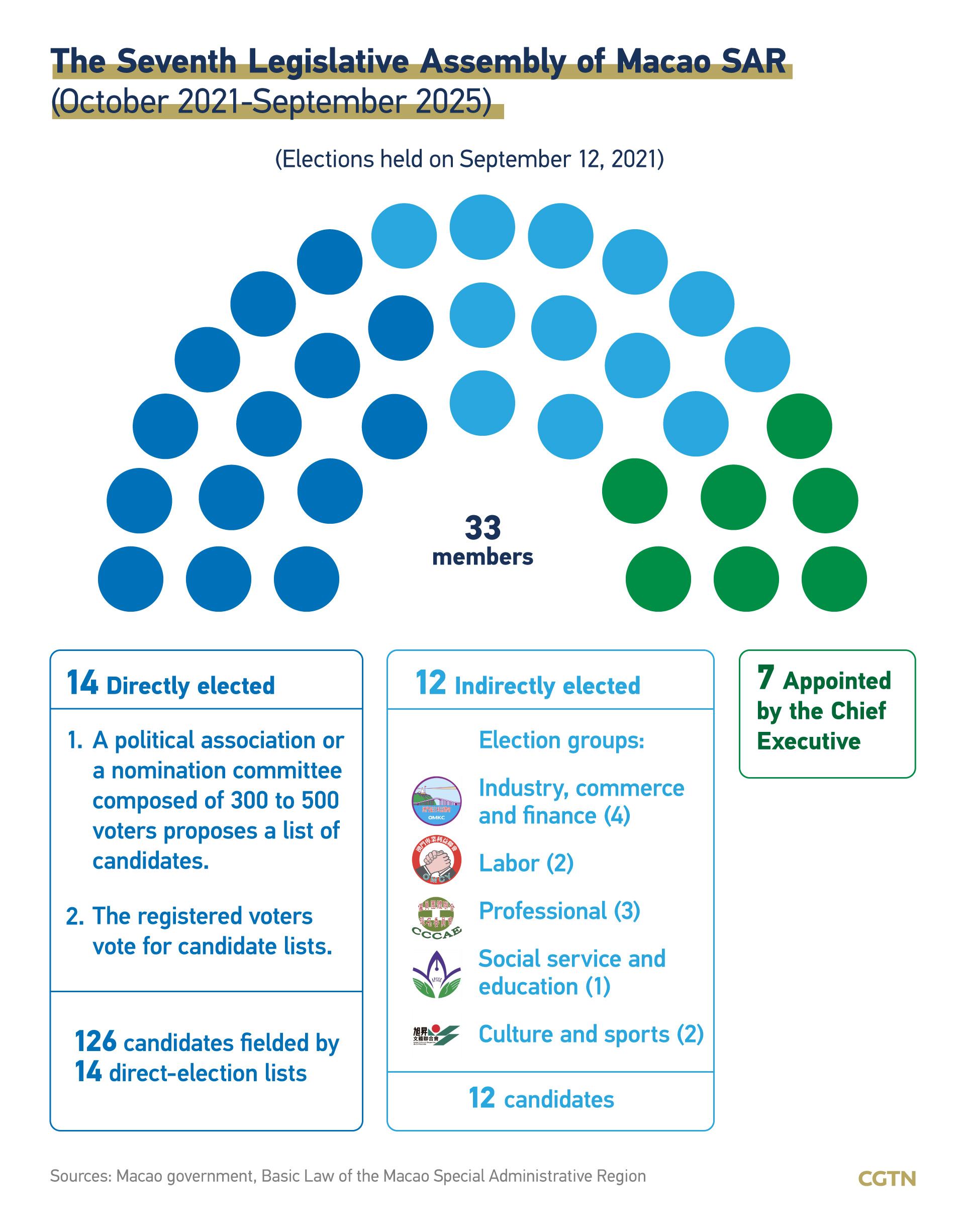 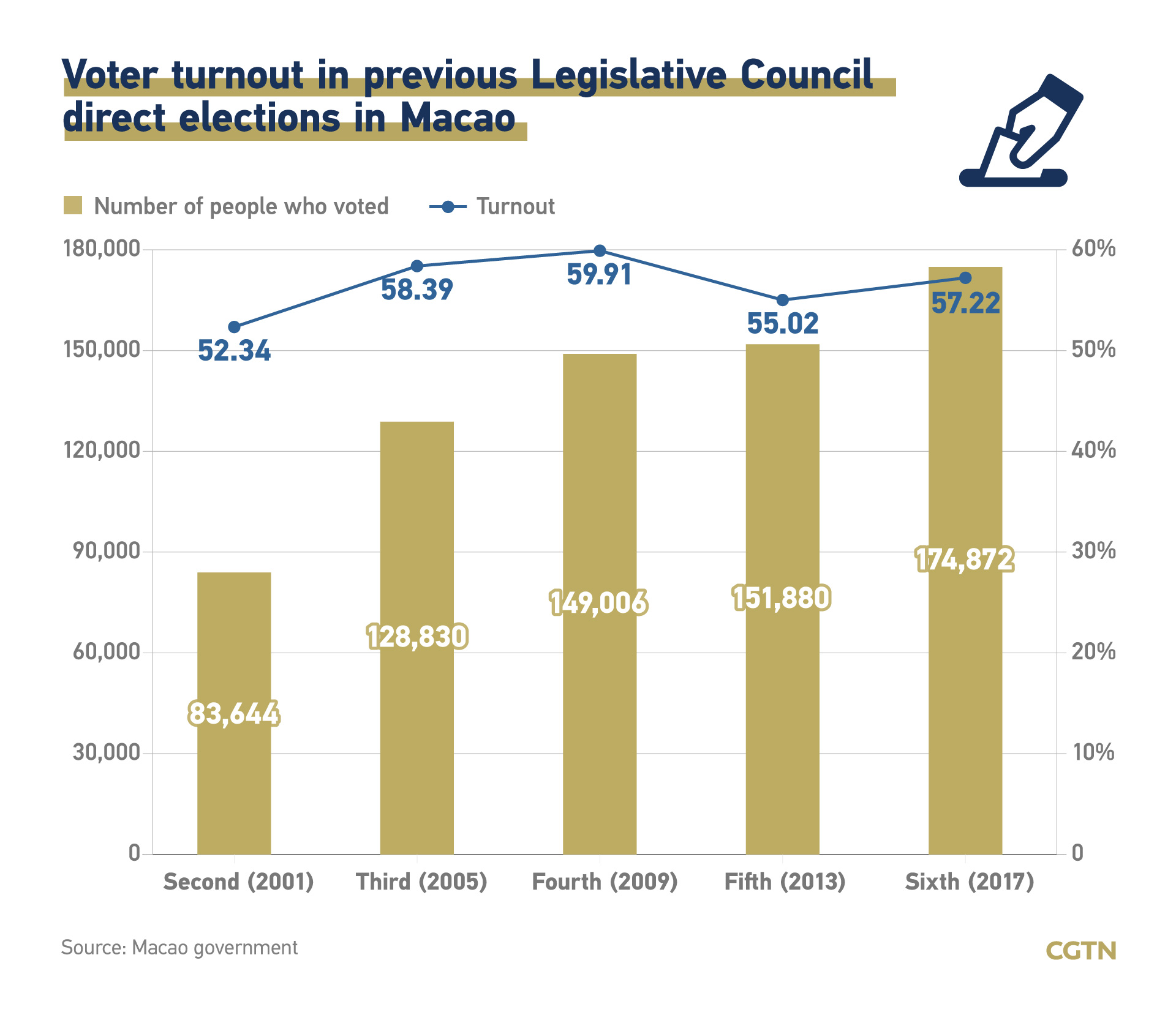 The shadow of COVID-19 pandemic

Strict pandemic prevention measures have been taken since the election campaign started on August 28.

The flow of people in a delimited area of Praça do Tap Seac was controlled for campaign activities, with a maximum of 10 representatives for electoral lists to be allowed.

The Electoral Affairs Commission said voters registered for the election who arrive in Macao on or before Saturday are required to undergo quarantine and will be able to cast their ballot at a designated time slot on the election day at the hotel concerned.

"Patriots administering Macao" is the fundamental rule that must be followed in order to comprehensively implement the "One Country, Two Systems" principle and only patriots should be allowed to enter Macao's governance structure.

The commission announced on July 9 that a total of 21 candidates were disqualified for the election after they were found to have conducted such acts.

China has stressed on many occasions that the decisions of the commission were made in accordance with the Constitution, the Basic Law of Macao SAR and the election law of the Legislative Assembly, with adequate legal evidence backed by solid facts.

"The disqualification of the candidates will in no way affect the right of Macao residents to vote and to be elected, nor will it affect the democracy and freedom enjoyed by Macao residents in accordance with the law,"  said the Office of the Commissioner of the Ministry of Foreign Affairs of China in the Macao SAR in August.