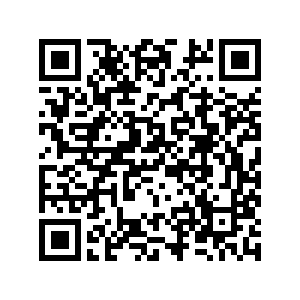 China and Vietnam should resolve their disputes on the South China Sea issue through friendly consultation and not take any unilateral action, Chinese State Councilor and Foreign Minister Wang Yi said on Saturday.

He called for joint efforts from the two countries to maintain overall stability in the South China Sea and deepen maritime cooperation. China stands ready to work with members of the Association of Southeast Asian Nations (ASEAN) to advance talks on the Code of Conduct in the South China Sea (COC) and reach a substantive and effective COC, he said.

Wang made the remarks during his visit to Vietnam, where he met with General Secretary of the Communist Party of Vietnam (CPV) Central Committee Nguyen Phu Trong, Vietnamese Prime Minister Pham Minh Chinh and Vietnamese Foreign Minister Bui Thanh Son. 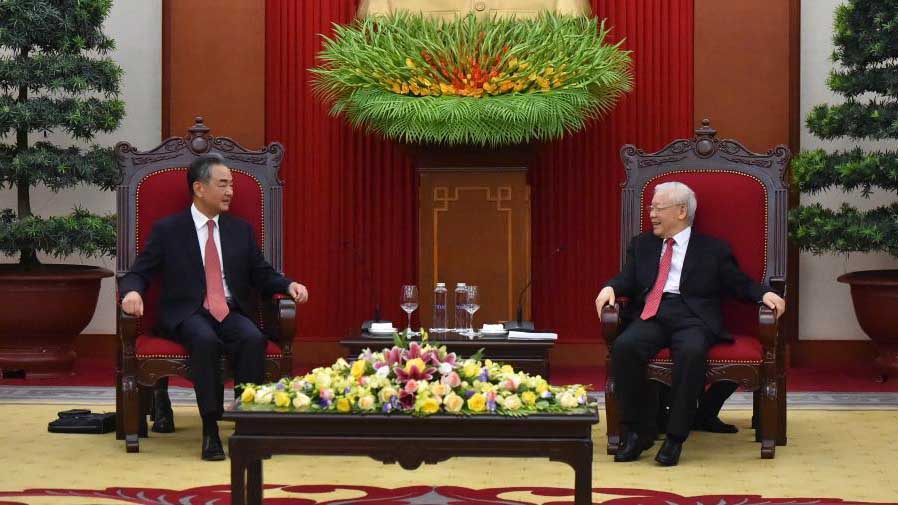 While meeting with Wang, Trong said Vietnam and China have enjoyed a comradely and brotherly friendship and established a comprehensive strategic cooperative partnership.

Facing a complex and changing international situation, the two sides should join hands to overcome difficulties and realize their respective goals of socialist construction, Trong said, noting that no one can undermine the unity and cooperation between the two countries.

During the talks between Chinh and Wang, the Vietnamese prime minister said his country values the increasingly important international status and influence of China, adding that Vietnam is willing to strengthen consultation and cooperation with China in the United Nations, ASEAN and the Asia-Pacific Economic Cooperation (APEC) forum.

Chinh said the two countries should properly handle maritime issues and maintain stability in the South China Sea, calling on both sides to advance the COC consultations.

Vietnam is willing to learn from China's experience in fighting COVID-19, keep up the momentum of growth in trade and investment cooperation between the two countries, and provide more convenience for Chinese investment in Vietnam, the prime minister said. 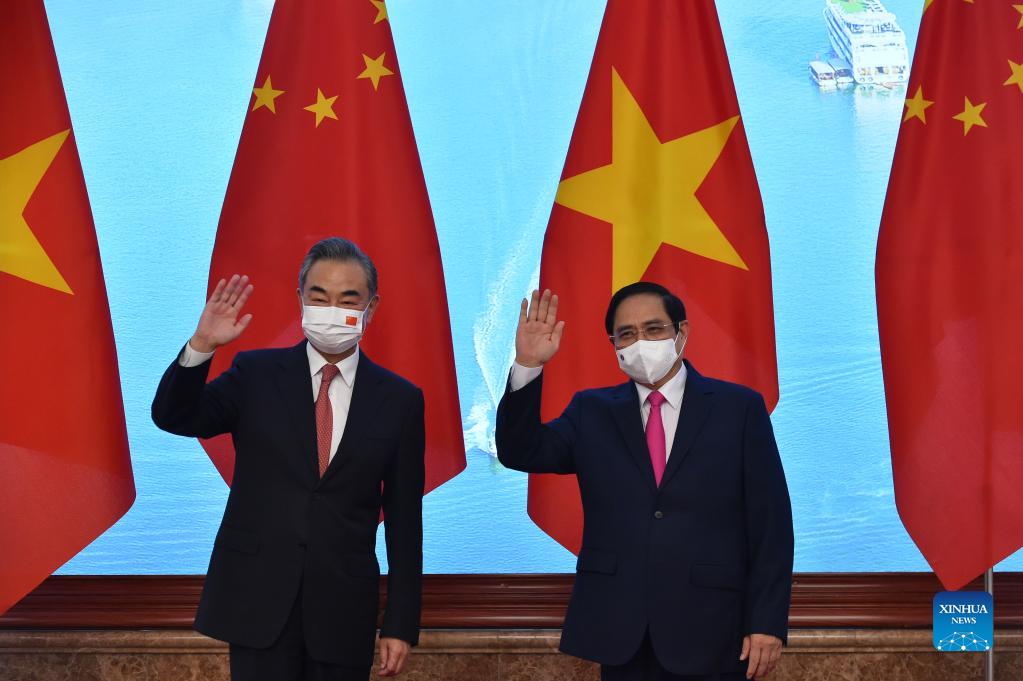 Wang said China is willing to work hard to provide COVID-19 vaccines for Vietnam to help it contain the pandemic and restore normalcy in its socioeconomic development.

The two sides should also jointly push for the international community's cooperation in fighting the pandemic, work together to resist the slanderous attacks on socialist countries by external forces and preserve an international system with the United Nations at its core and an international order based on international law, Wang said.

At his meeting with Vietnamese Foreign Minister Son, Wang said China is ready to join hands with Vietnam to maintain the momentum of healthy, stable and comprehensive development of relations between the two countries.

He said he hopes both sides can expedite the integration of China's Belt and Road Initiative with Vietnam's "Two Corridors and One Economic Circle" plan while promoting cooperation in mega-projects and high technology, including 5G, for mutual benefits and win-win results.

He urged both sides to uphold and practice genuine multilateralism, safeguard the principle of non-interference in the internal affairs of other countries, oppose attempts to politicize human rights issues and maintain the just rights and interests of the developing countries. 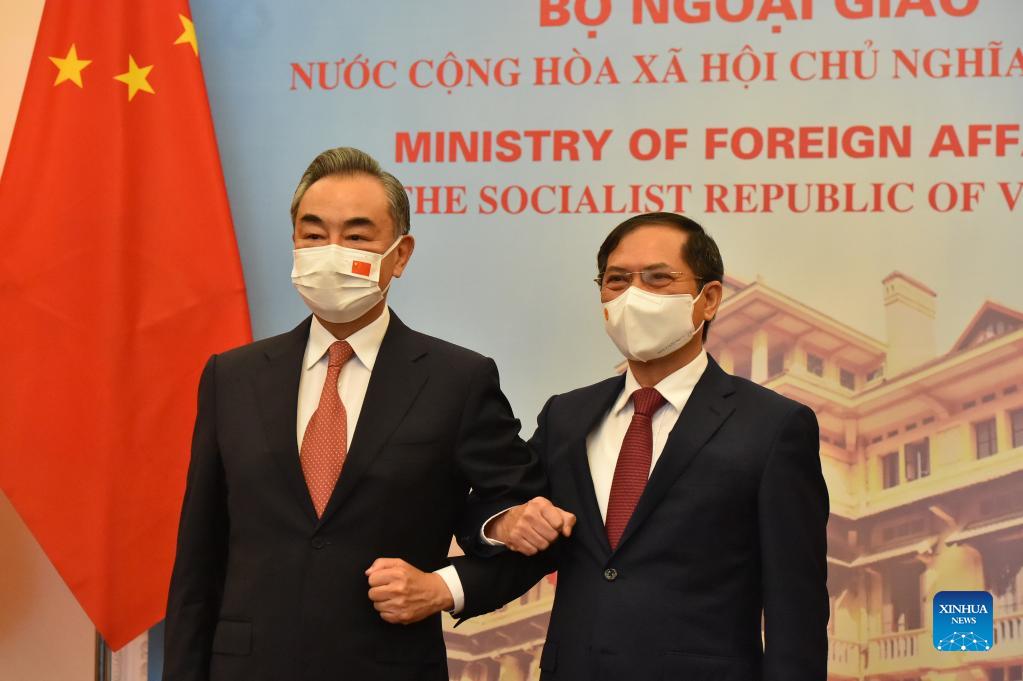 The Vietnamese foreign minister said Vietnam always regards the relations with China as its top diplomatic priority and will continue to unequivocally support China on such issues as democracy, human rights, and China's Hong Kong, Xinjiang, Tibet and Taiwan, as well as origins tracing of the COVID-19 virus.

Vietnam highly appreciates the important role China has played in international and regional affairs and is willing to work with China to uphold multilateralism and maintain multilateral coordination and cooperation, said Son.

Wang arrived in Hanoi on Friday for a visit to Vietnam, the first leg of his four-nation Asia tour, which will also take him to Cambodia, Singapore and South Korea.