Download
Why the war on terror isn't over
Bradley Blankenship 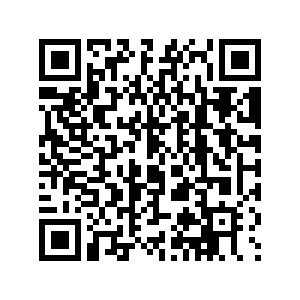 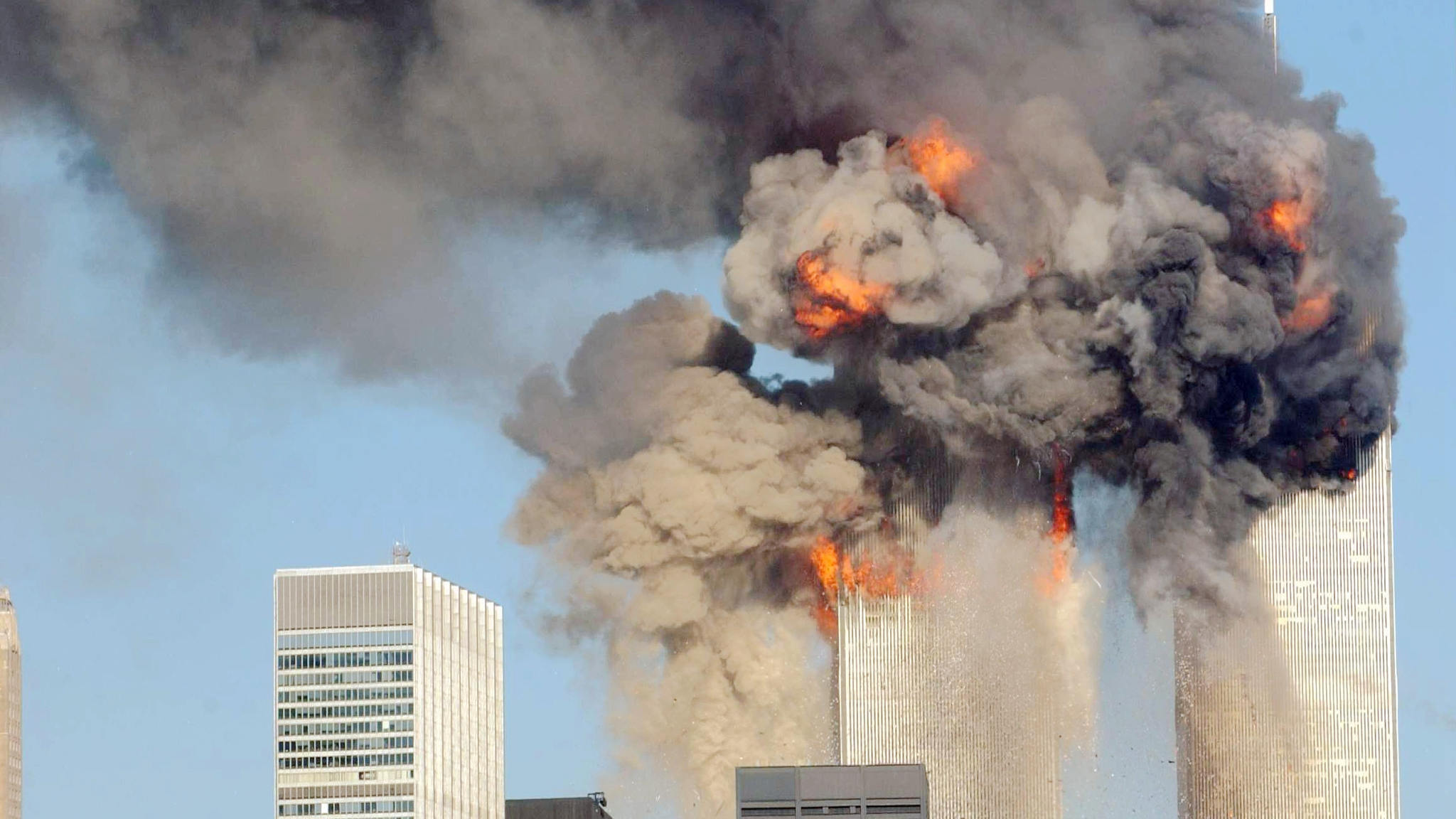 Fire and smokes are seen out of the World Trade Center twin towers after being hit separately by two terrorist-hijacked jetliners in New York City, New York, U.S., September 11, 2001. /AFP

Fire and smokes are seen out of the World Trade Center twin towers after being hit separately by two terrorist-hijacked jetliners in New York City, New York, U.S., September 11, 2001. /AFP

Exactly 20 years ago, on September 11, the United States was hit by a series of coordinated terrorist attacks that would leave thousands dead and change the course of history forever.

That's because, in response to these attacks, Washington launched a global "War on Terror" that saw two ground invasions – the war in Iraq and the war in Afghanistan – as well as many other military interventions. Recent events, however, suggest that this war might be changing.

On August 31, President Joe Biden announced the end to the war in Afghanistan following a humiliating retreat by U.S. forces that saw the Taliban seize control over the country – as well as a deadly terrorist attack that left 13 U.S. soldiers and about 170 Afghans dead.

Striking a defiant tone, Biden said that the U.S. needed to adapt to the threats of today and move past the threats of 20 years ago. In that vein, he said that the withdrawal from Afghanistan was the end of an era of U.S. foreign policy centered on war, regime change and efforts to "remake other countries."

Instead, according to the president, the U.S. should now focus on missions that have clear and achievable goals and that have specific national security interests.

While this rhetoric was genuinely unprecedented for a U.S. president, it is a hollow promise. That's because, as Biden referenced in his speech, the U.S. still has "over the horizon" capabilities – meaning drones and missile strikes, which are expected to be a crucial part of his new guidelines – to combat adversaries overseas, which is an act of war.

Biden even went so far as to praise the latest example of how this global assassination program was implemented when he mentioned the "defensive" drone bombing in Kabul that killed 10 members of one family, including seven children (In essence, Biden murdered a family in retaliation for a terrorist attack that killed U.S. service members).

It should be noted that this is not just a one-off mistake but actually a feature of the U.S. drone assassination program. Out of a minimum estimation of about 14,000 drone strikes since 2004, somewhere between 900-2,200 civilians have died which includes between 283-454 children, according to the London-based Bureau of Investigative Journalism that tracks these figures. 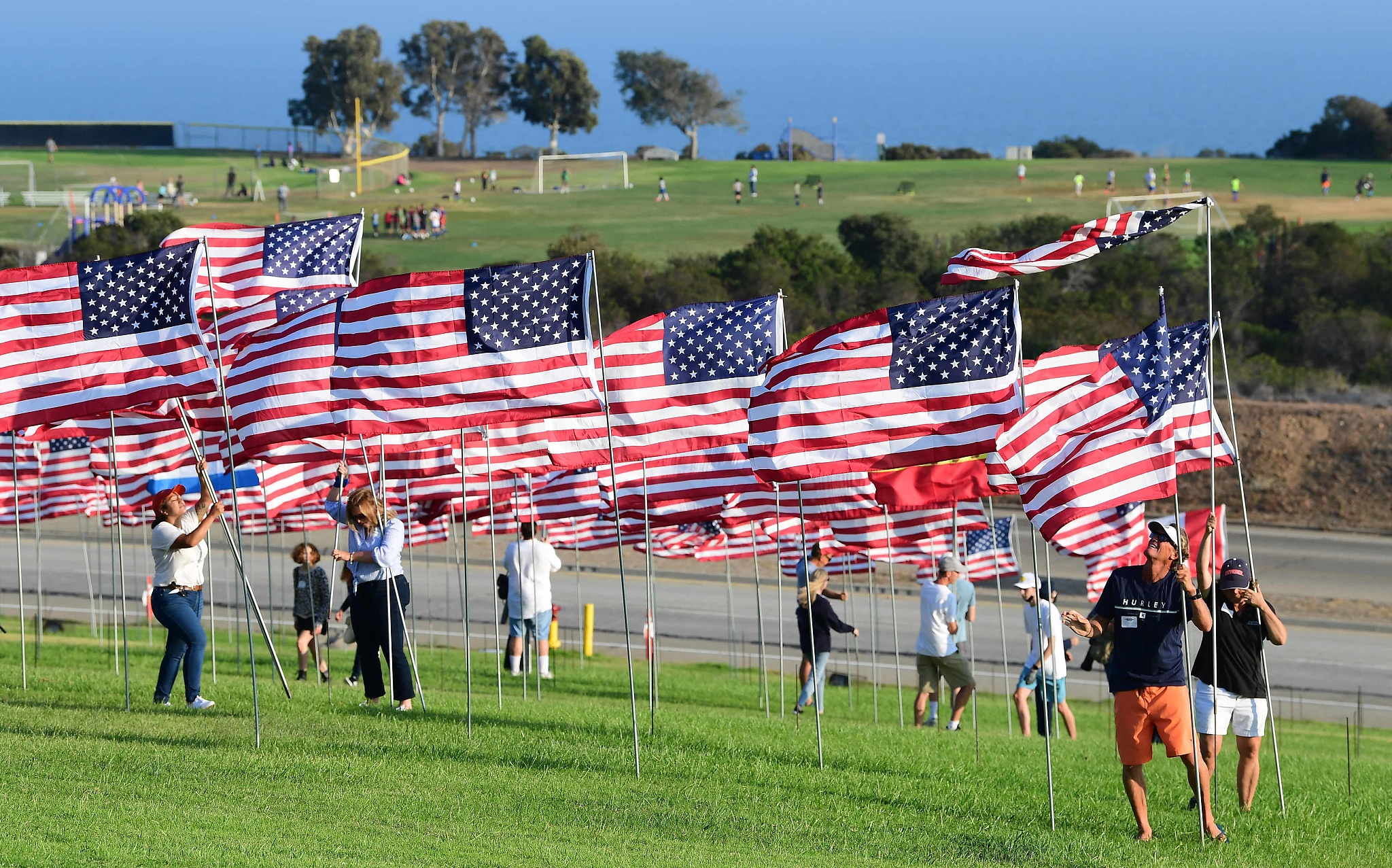 People help with the display of U.S. national flags to commemorate the 20th anniversary of 9/11 with the annual Waves of Flags display and remembrance at Pepperdine University in Malibu, California, the U.S., September 8, 2021. /AFP

People help with the display of U.S. national flags to commemorate the 20th anniversary of 9/11 with the annual Waves of Flags display and remembrance at Pepperdine University in Malibu, California, the U.S., September 8, 2021. /AFP

Aside from this, these strikes also violate countries' sovereignty since they're an act of war committed on sovereign territory usually without consent.

For example, the Biden administration has reiterated that it would continue to use such capabilities in Afghanistan without the consent of the Taliban government, meaning in this sense that the war in Afghanistan would still be ongoing.

Just as in Afghanistan, the U.S. global war on terror is not actually over but rather becoming even more scaled back and depersonalized for audiences back home.

The same could be said about a notable historical parallel, which was the U.S. war in Vietnam. That was a highly unpopular war – and a major reason was the fact that the country had a draft that forced people to fight regardless of whether they agreed or not.

It was during this period that the draft ended, probably not for any moral consideration but that it actually worked against the interests of U.S. imperialism by making the war personal for every family.

The same is obviously the case with the war on "terror." As was seen after those 13 soldiers died in Kabul, some of whom were born after 9/11, it caused a streak of grief amongst people. Either because they were angry at Biden for how his administration withdrew from Afghanistan or angry at the government for sending another generation of young people to fight a pointless war.

The U.S. war machine is now trying to adapt to these new sets of circumstances – new threats, but also a population that is becoming more and more fed up with pointless wars that don't have to do with them – by depersonalizing war through drone warfare rather than hard-to-sell ground invasions.

There's no doubt that the U.S. withdrawal from Afghanistan was a historic event, but the end of aggressive U.S. imperialism – or, as some might like to call it, "liberal interventionism" – is not going to come about in just one epiphany moment – but rather through a protracted process.

That is, America's forever war on "terror" has not actually ended; it is only evolving into a more subtle war.