Download
20 years and $2 trillion for what? (Part 1)
Anthony Moretti 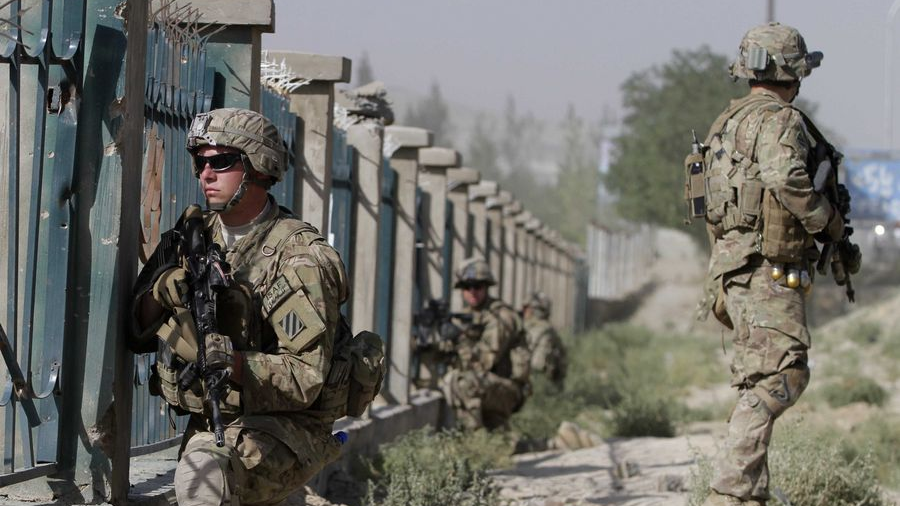 Imagine for a moment it is 2001. You and I have just sat down for a conversation a short time after George Bush sent U.S. troops into Afghanistan. In that chat, I say to you that I can predict the future, and it shows the Americans will end up being bogged down there for 20 years and exit only after a wacky U.S. president makes a deal with the Taliban that ensures they will not attack the departing troops.

Would you have believed me?

Perhaps the first question you would have asked would be, "Who was the wacky president?" The more important one, "If the military mission included uprooting the Taliban from power, then how were its forces still playing a leading role in Afghan society 20 years later?" And perhaps an even more important one, "How did it go on for so long?"

The U.S. must undertake a thorough and frank review of its failed effort in Afghanistan. Understanding what went wrong is necessary, and not because you or I have any interest in bashing the U.S. for ultimately leaving Afghanistan without completing the mission; rather, it is necessary to review what unfolded because the lessons of Afghanistan need to be learned. Put more bluntly – this history cannot repeat itself anywhere around the globe. And for many people inside the United States, accepting this bad news will not be easy.

The U.S. did not succeed in Afghanistan for multiple reasons, none of which had anything to do with competence. First, Bush's "war on terror" meant that al-Qaeda and the Taliban had to be deposited in the trash can of history. That never happened.

Eventually, the purpose of being in Afghanistan included attempting to establish military, political and social networks that would have legitimacy with the people. That never happened.

Instilling a sense of calm among the Afghan citizens was critical. That never happened.

An acknowledgment of the disaster that was Afghan civil society in the early 2000s was required. That never happened.

The "win hearts and minds" strategy was needed to show success. That never happened. Clear lines of communication and authority among multiple U.S. government agencies needed to be agreed on and then maintained. That never happened.

A relentless review of ongoing successes and shortcomings needed to be done. That never happened.

Putting a sufficient number of qualified Americans on the ground to propel forward everything mentioned above was vital. That never happened.

If you believe the preceding list is based on my opinion, I beg you to rethink that. Rather, they follow from reading the latest report from the Special Inspector General for Afghanistan Reconstruction (SIGAR).

In existence for well over a decade, SIGAR has regularly updated the political elite and the American public about the U.S. efforts in a country most U.S. citizens cannot find on a map. Worse, a majority of those Americans over the past few years simply ignored Afghanistan. It is fair to say they wanted the longest war in U.S. history to end far sooner than multiple U.S. presidents did. Those presidents may have used the right rhetoric when it came to promising that the troops would come home, but it was only in the final months of the epic failure that was Donald Trump's time in the White House that it finally began to happen. By then, it was obvious that the mission was not a success.

SIGAR's most recent report offers a blunt assessment as to why. It states, "the U.S. government struggled to develop a coherent strategy, understand how long the reconstruction mission would take, ensure its projects were sustainable, staff the mission with trained professionals, account for the challenges posed by insecurity, tailor efforts to the Afghan context, and understand the impact of programs."

Americans must consider another uncomfortable question: Did Afghanistan's leaders – who were supposed to be aiding the U.S. in reconstructing the country – line their own pockets through corruption? Former President Ashraf Ghani conveniently fled the country hours before the Taliban roared back into Kabul, the capital city. Ignore for a moment that millions of Afghans consider Ghani a wimp for leaving as he did. But do not ignore the persistent rumors that he and other top government officials took millions of dollars for themselves, denying the Taliban desperately needed hard currency as they again try to govern Afghanistan.

We might never know if the United States ever had a realistic chance of winning the war in Afghanistan. But we do know the plan did not work. Some unethical domestic leaders might also have contributed to the failure. Perhaps the most important takeaway is that trying to deposit democracy in a country that had no experience with it is certain to end in disappointment and frustration.