Download
Canada's banality of evil is not unique
Daryl Guppy 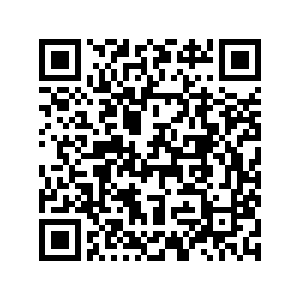 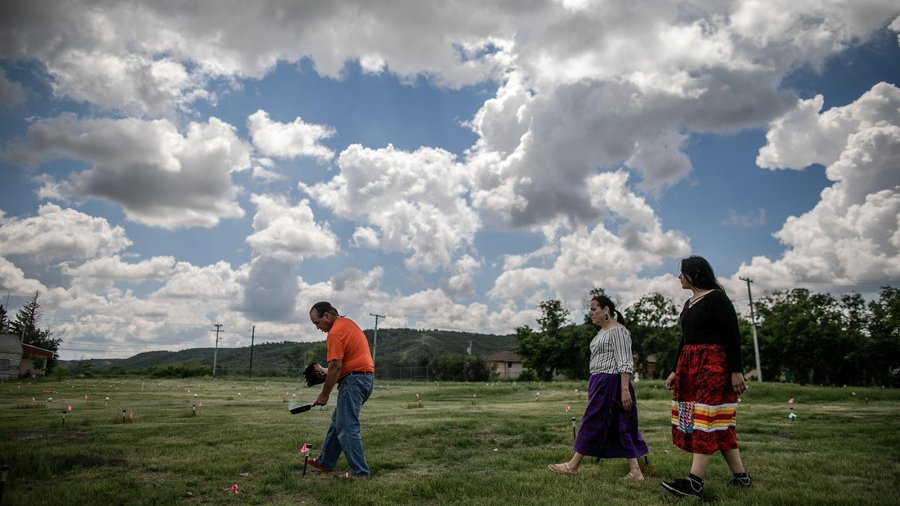 Members of the Cowessess First Nation do a ceremonial smudge at the site of unmarked graves near a former indigenous residential school in Saskatchewan, Canada, June 27, 2021. /Xinhua

Members of the Cowessess First Nation do a ceremonial smudge at the site of unmarked graves near a former indigenous residential school in Saskatchewan, Canada, June 27, 2021. /Xinhua

Editor's note: Daryl Guppy is an international financial technical analysis expert. He has provided weekly Shanghai Index analysis for media for the Chinese mainland for more than a decade. Guppy appears regularly on CNBC Asia and is known as "The Chart Man." He is a national board member of the Australia China Business Council. The article reflects the author's opinions and not necessarily the views of CGTN.

The world recoiled in horror when the remains of at least 750 children were unearthed at the site of a former residential school in Saskatchewan, Canada. First Nations people were unsurprised after telling their horrifying stories of child abuse in the "Mush Hole"at the Truth and Reconciliation Commission. Their treatment is part of a consistent pattern of child abuse applied not just to First Nations people, but as a consequence of the way religion shaped the structure and implementation of these child removal policies.

The Canadian experience is replicated in the United States and Australia. Without doubt the same conditions have applied in other countries colonized by Europeans in Africa and Asia.

Understanding how we got to this situation starts with the concept of those who can be saved and those whose souls are irremediable. These religious influences cannot be separated from the formulation and implementation of secular policy that in turn handed the operation of orphanages and boarding schools to religious orders.

The Catholic orders in Ireland and the way in which a segment of society – unwed mothers – was selected and punished for religious transgressions sets a template for the treatment of First Nations people. This was the punishment of a group rejected by religious society and resulted in 9,000 child deaths in Ireland's church-run homes for unwed mothers.

This same philosophy of the saved and the irredeemable underpinned many of the interactions with indigenous people in Canada, Australia, the United States, Indonesia and elsewhere.

Colonization involved elimination, exploitation and assimilation – what the Canadian Truth and Reconciliation Commission called "cultural genocide." First was the physical elimination of any of the adult native population that opposed colonization. This includes the long-running American Indian wars. It defines the Zulu wars and native wars in Africa waged by the Dutch and other European colonizers.

Crushing resistance enabled exploitation. Cultural elimination and assimilation followed, with the intention of converting the indigenous child population into lesser members of the dominant culture. These objectives were always framed as being for their own good and to bring them into a civilized environment. This purpose was often subverted by a overlay that sought not just civilization, but religious conversions. Children who resisted were not worthy of the effort, and by a perverse logic, were able to be treated in a separate world that had few ethics and a lesser standard of morality. 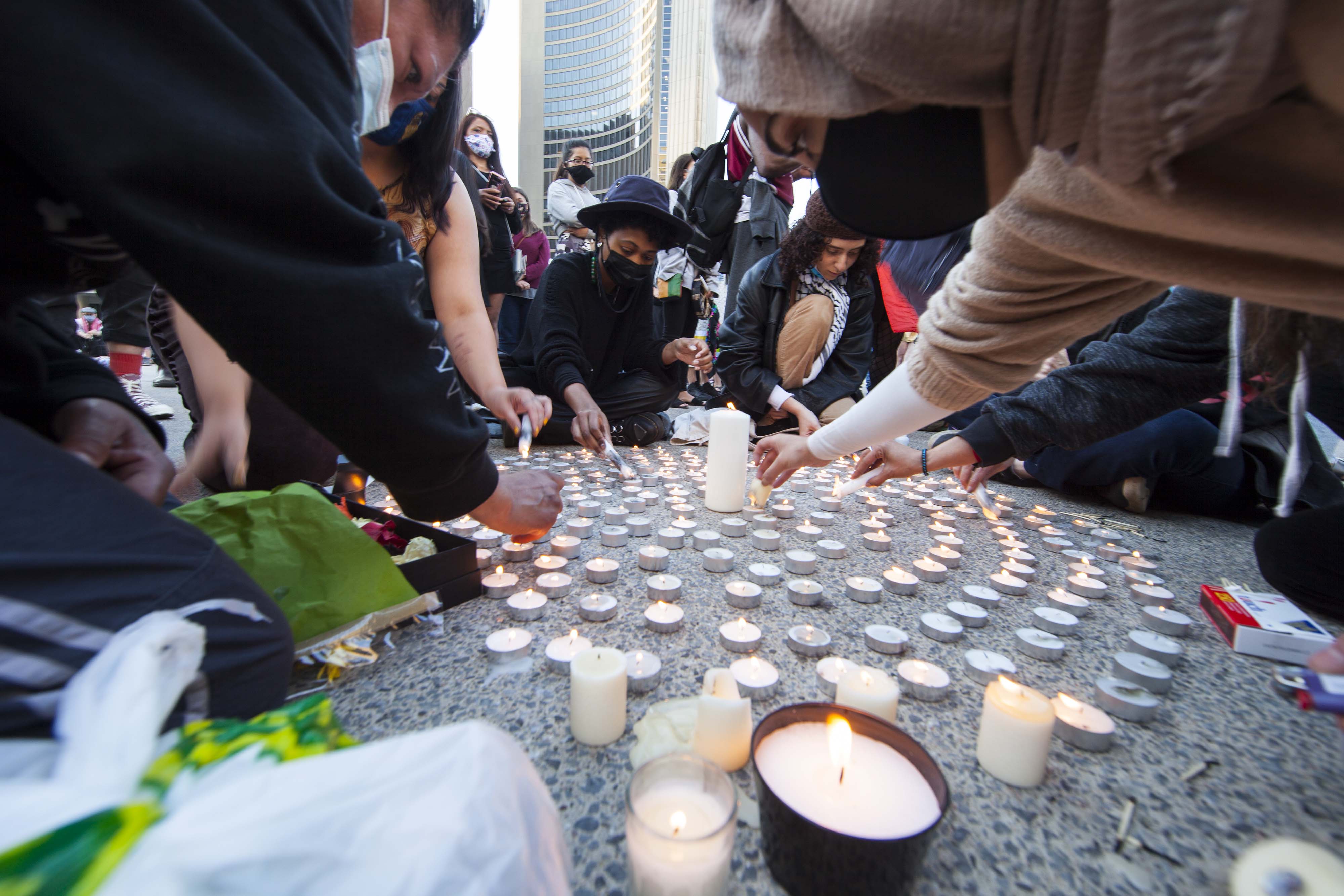 People light candles as they take part in a memorial event for the 215 children whose remains have been found buried at a former Kamloops residential school in Toronto, Canada, May 30, 2021. /Xinhua

People light candles as they take part in a memorial event for the 215 children whose remains have been found buried at a former Kamloops residential school in Toronto, Canada, May 30, 2021. /Xinhua

The "cultural genocide" in Canada cannot be separated from the evangelical nature of the Christian religions with some sects being more extreme than others.

Just as in Ireland, a child was lost to the forces of evil, but this time because of their race, their refusal to embrace a religion forced upon them, or because they had irretrievably fallen from grace.

This placed them "beyond the pale" – outside the authority of law which served to free many supervisors from the moral restraints that bound them in formal Christian societies. It left them free to molest, bully, rape and in some well-documented cases, murder.

The very structure of the boarding houses and schools was designed to break down cultural identity through the destruction of language and custom. Put crudely, they were designed to produce low-class pseudo-white domestic servants and laborers.

Inevitably, these closed and unaccountable institutions attracted people with particular character flaws. Like blowflies to a rotting carcass, these institutions were a magnet for the bully, the pedophile and the sadist. Often those who were not of this ilk succumbed to the savagery or became so hardened to the daily occurrences that they failed to see the evil it involved.

Political scientist Hannah Arendt attributed the horror of the Nazi concentration camps and their guards to "the banality of evil." It's an observation equally applied to Canada's "Mush Hole," Australia's Retta Dixon Children's home and Ireland's Tuam home.

To be sure, there were good-hearted and well-intentioned people involved in the system, but the very structural foundations of it meant they were but a small light in the darkness.

We look on this uncovering of the past with horror, but it's a selective observation. The state institutions of today also provide cover for the pedophile and the bully and the sadist. Today, there is less tolerance for this, so the cover-ups are more elaborate. In Australia, perpetrators of child sexual abuse in Catholic schools were quietly moved to new locations where their crimes continued. In 2018, 34 Chilean bishops offered their resignations over similar cover-ups of child abuse.

We must acknowledge and compensate for the past, as Canada has done. We must also open our eyes to what continues to happen today behind the walls of state institutions for children run in cahoots with religious orders where the banality of evil still rules the roost.