Download
On anniversary day, Catalans rally for independence in Barcelona 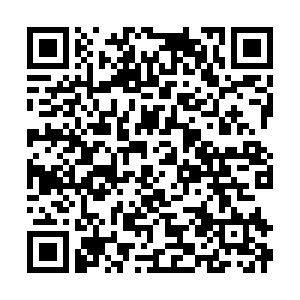 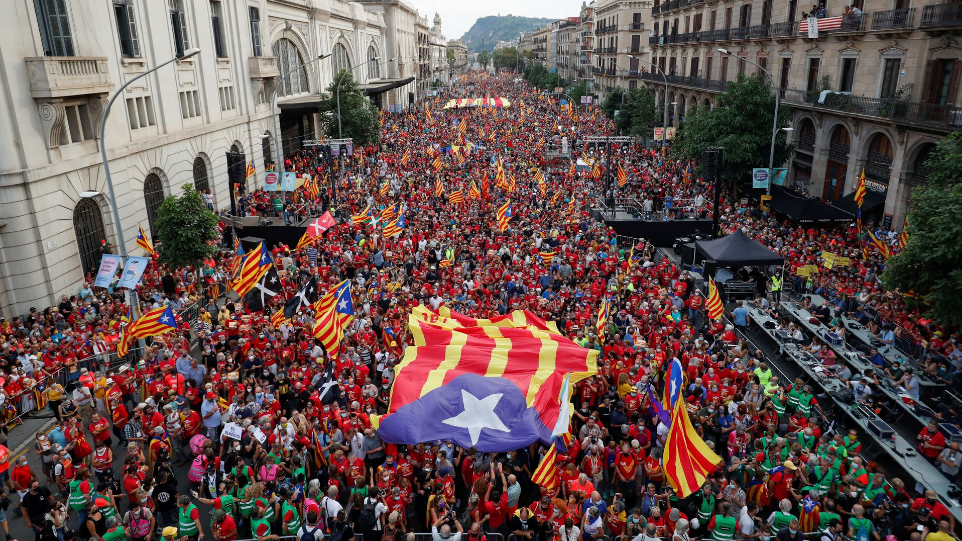 Thousands of Catalans chant, sing and wave flags as they march through the city, calling for the region's independence from Spain, in Barcelona, Spain, September 11, 2021. /Reuters

Thousands of Catalans chant, sing and wave flags as they march through the city, calling for the region's independence from Spain, in Barcelona, Spain, September 11, 2021. /Reuters

Thousands of Catalans chanted, sang and waved flags as they marched through Barcelona on Saturday, calling for the region's independence from Spain.

The march, organized by the grassroots Assemblea Nacional Catalana ANC, was the first since Spain's government pardoned nine Catalan separatist leaders who had been jailed for their role in a 2017 botched bid for independence, which was Spain's biggest political crisis in decades.

The figure was lower than in 2019, when about 600,000 marched, and last year, when only small static protests were organized to comply with COVID-19 restrictions.

Some of the nine pardoned politicians and activists attended Saturday's protests. In Catalonia, September 11 marks La Diada, the anniversary of the fall of Barcelona to Spanish forces in 1714 and it has been marked in the past decade by separatist rallies.

"For the first time in four years, nine very special people have participated in La Diada again. The political prisoners are back on the streets," said ANC chairwoman Elisenda Paluzie.

The protests took place at a moment of lower tension between Barcelona and Madrid than in past years as the central and regional governments favor dialogue despite their opposing views on independence.

The central and regional governments are expected to meet next week in Barcelona to resume talks on Catalonia's political conflict, which have been suspended since February 2020.

Spanish Prime Minister Pedro Sanchez has not confirmed yet whether he will attend, and the talks risk being overshadowed by a recent clash between both governments related to Barcelona's airport.

The Spanish government has said it is cancelling a proposed 1.7-billion-euro ($2-billion) investment to expand the airport, saying it lacked backing from regional authorities who have questioned its potential environmental impact while accusing Madrid of acting dishonestly.