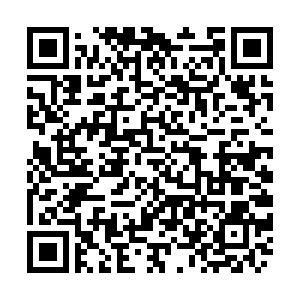 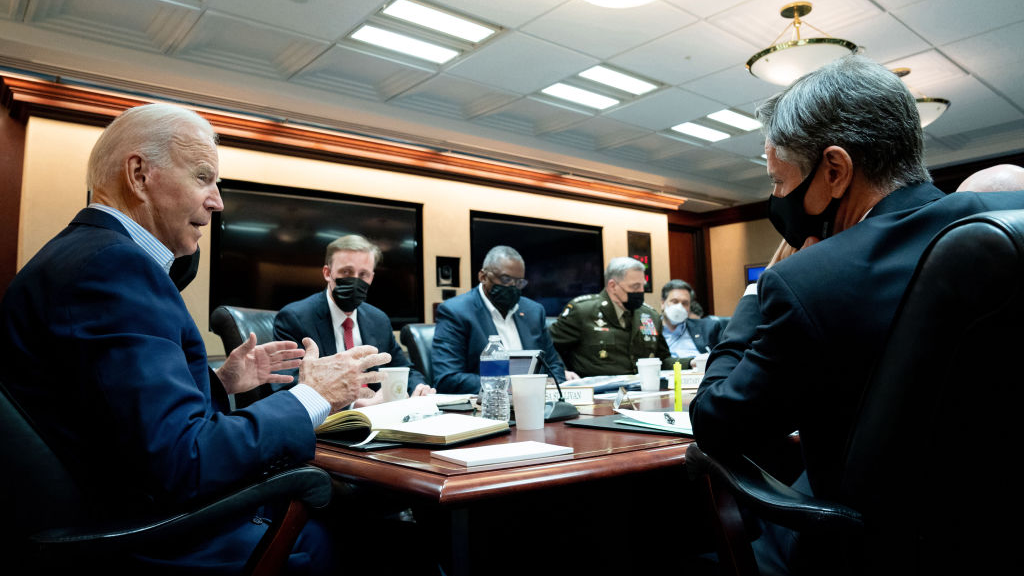 U.S. President Joe Biden meets with his national security team for an operational update on the situation in Afghanistan at the White House, August 22, 2021. /Getty

U.S. President Joe Biden meets with his national security team for an operational update on the situation in Afghanistan at the White House, August 22, 2021. /Getty

Editor's note: Bobby M. Tuazon is the Director for Policy Studies of a Philippine think tank, Center for People Empowerment in Governance (CenPEG). A professor at the University of the Philippines, he is also the editor and co-author of 15 books. The article reflects the author's views and not necessarily those of CGTN.

In the years ahead, the U.S.' containment of China is expected to tighten with the rise of new tensions and pressures. The spotlight on China is now set following the U.S. forces' pullout from Afghanistan after 20 years of a futile war that left thousands of civilians dead and the country's economy in shambles. The withdrawal signals Biden government's pivot to Asia where China has emerged as a regional power in a bid, so Washington says repeatedly, to dislodge American presence.

The shift is actually not new as the U.S. pivot to Asia took roots in 2011 under Barack Obama. Obama's successor, Donald Trump, pointed to China as a "global security threat." Articulated by Trump and now Biden, the tag was contrived by America's shadowy war machine – the Military-Industrial Complex (MIC). This powerful elite, also known today as Military-Industrial-Congressional Complex (MICC), is where the interests of weapons manufacture, key congressional leaders and the apparatus of the state and defense departments intersect.

Binding these interest groups is common greed to increase defense expenditures by identifying and intensifying conflict zones in the world so as to attract domestic and international support. According to the Stockholm International Peace Research Institute, the U.S. hosts five of the world's 10 largest defense contractors - Lockheed Martin, Raytheon, General Dynamics, Boeing and Northrop Grumman- accounting for 57 percent of the total global arms sales. The lifeline of the arms manufacturers is the yearly defense budget – over $700 billion today – a big chunk of which is siphoned off by the weapons industry. The firms' revenues climbed by a quantum leap since 9/11: $7.35 trillion, the Defense News reveals.

To secure the generous allocations, the industry spends millions on lobbying Congress. For instance, the 20-year Afghan war saw the industry spend $2.5 billion in lobbying apart from $285 million to lawmakers' campaign coffers. Furthermore, one-third of the Senate Defense Subcommittee on Appropriations members own stocks in top defense contractors. For the defense budget, this subcommittee specifies weapons systems and other goods for the Pentagon to purchase from private contractors. This public-private collaboration is buoyed by lucrative jobs in the defense industry that awaits legislators and Pentagon and military officials upon retirement. 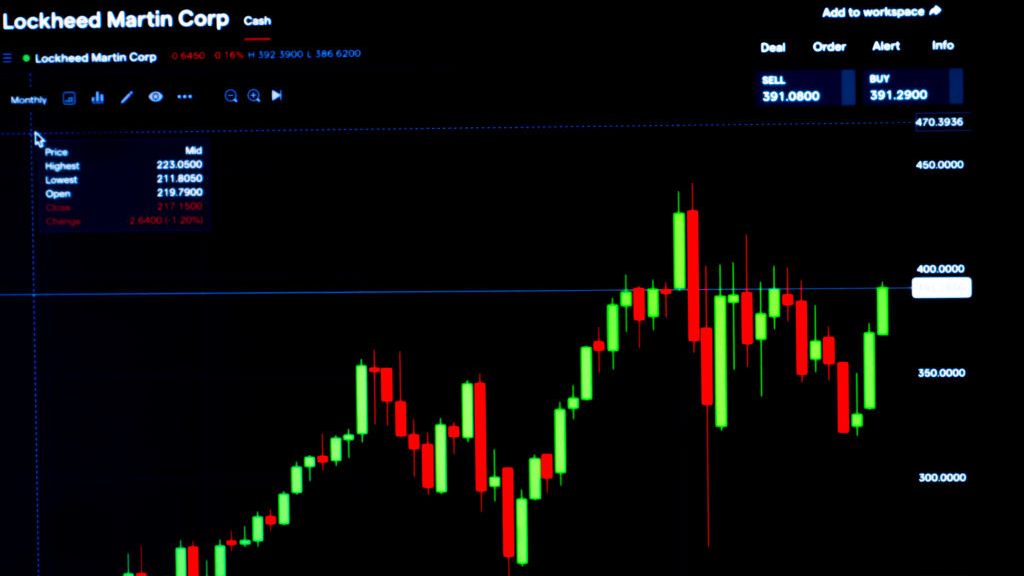 Traditionally, the defense industry influences appointments in the executive branch. To illustrate, Biden's state secretary, Antony Blinken, co-founded WestExec Advisors, which "provides strategic insight on the U.S. and allied national security needs and emerging opportunities." In a state of war, the state department nuances foreign policy toward increased militarization like approving weapons sales. A hawkish state department like Blinken's is a boon to the MICC.

Before his appointment to the defense portfolio, General Lloyd Austin served on the board of Raytheon, which was merged with United Technologies in April. According to AEI.org, Raytheon and United Technologies were the No. 4 and No. 6 defense contractors in 2019, combining for $24.7 billion in military contracts. Since 2016, Austin was paid $1.4 million by the two companies.

The newly nominated U.S. ambassador to China, Nicholas Burns, served as a Senior Counselor at The Cohen Group, a consulting firm whose Aerospace and Defense assists top aerospace and weapons manufacturers in securing tens of billions in defense deals with the defense department and foreign governments. Burns was also on the board of directors at the Atlantic Council, a think tank that has received funding from five leading arms makers.

For decades, the defense industry's penetration into the executive and legislative bodies helped shape legislative actions, policy decisions as well as strategies that bolster arms contractors' interests. For instance, George W. Bush's "war on terror" after 9/11 earmarked $8 trillion to bankroll operations against targets in Afghanistan, Iraq and other countries suspected to be hotbeds of terrorism. In Obama's "pivot to Asia" policy, Southeast Asia was targeted for bigger arms sales. By the end of 2011, U.S. arms traders amassed $46 billion of military sales worldwide, doubling the 2010 figures.

Under the MICCs umbrella, think tanks funded by defense contractors promote or inflate tensions in order to increase defense budgets. To cite one, the Center for Security and International Studies (CSIS) has been actively circulating strategic studies on South China Sea designed to boost U.S. maritime operations and war drills jointly with some ASEAN members. CSIS is funded by 17 contractors, including six of the world's biggest weapons makers.

Patrick M. Cronin is one security expert whose works help influence U.S. foreign policy. Cronin once served as senior director of the Institute for National Strategic Studies (INSS) at the National Defense University, where he oversaw the Center for the Study of Chinese Military Affairs. As a senior director of the Asia-Pacific Security Program at the Center for a New American Security (CNAS) in 2016, he pressed for "more regular FONOPs and other regional exercises … in a manner that reinforces the historic 12 July Permanent Court of Arbitration ruling (while) nudging claimants to pursue arbitration and find peaceful resolutions of their disputes."

Over the past century, fabricating "new enemies" and spreading fear have been the lie that justified U.S. intervention and wars in at least 70 countries, including Afghanistan. Such hoax, with the intellectual support of think tanks, has been responsible for instabilities, regime changes, and attacks on the sovereignty of independent states. In the guise of reshaping the world in America's image, a terrifying figure of human lives was lost, including 1 million civilians in the 20-year war on terror.

In the long haul, U.S. military adventurism fueled by the MICC has limits. Given the overstretched military presence of the U.S. with some 700 military bases and the debacles that accentuate military failures, it will not be long before American military power will fall just like old empires. The main driver that will bring this about are the domestic challenges facing the American system and its war-based economy – a looming economic recession, massive unemployment, dysfunctional democratic institutions and a growing anti-war movement.