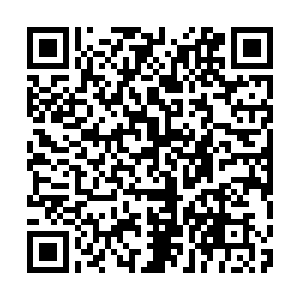 Just as tsunamis are an inevitable threat to many coastal cities worldwide, disasters such as landslides and mudslides are inevitable in inland areas.

A multi-hazard early warning project aiming at sending advanced warnings of approaching hazards to communities ahead of disasters has been launched in Wenchuan County in southwest China's Sichuan Province.

A massive earthquake hit the area in 2008. Being the epicenter of this devastating disaster, Wenchuan County was the hardest-hit area, leading to the launch of the early warning project here.

Sensors and monitoring sites have been set up throughout this mountainous area to capture clues about the imminent seismic activities. Moreover, the devastating earthquake has loosened the soil, making the region prone to geological disasters.

The sensors can detect the danger, and satellite transmission can help transmit data in real-time to the warning center, subsequently informing people of the impending disaster.

Xu Guangjian, deputy director of Wenchuan County Emergency Support Center, is among those in charge of the warning project. He said the new system has made it possible to get warnings out quickly, giving authorities more time to evacuate residents.

He added that the Wenchuan County Multi-Hazard Early Warning System results from in-depth cooperation between the county and the Sichuan-based Institute of Care-life. The completion of the system can effectively provide them with early warning information, allowing them to study disasters and better respond to them in a timely, effective and scientific manner.

Dr Wang Tun, the director of the Institute of Care-life, took part in designing the project. He said that since all the data can be obtained from one place, the mechanism can be replicated elsewhere thanks to seismic and meteorological equipment and satellites.

"We have been concentrating on developing the technologies, and then the Wenchuan County is a pioneer project location, so we are hoping to make the system work for many other areas in Sichuan, China and for many other countries as well," said Wang.

It may seem like a colossal undertaking, but as the world has learned over the years, such natural disasters can be costly if the mitigation efforts are not taken.