Download
The Great Herbs: The malaria buster
by Gao Yuxin 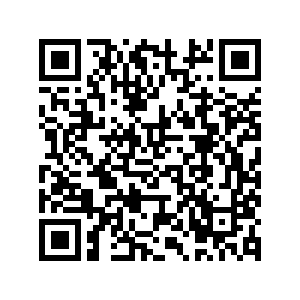 A mosquito bites you when you're not paying attention. Over the next 10 to 15 days, you begin to experience fever, headaches and chills. However, you think it's just a common cold, and you don't take it seriously. In the following days, the illness becomes more and more serious, even life-threatening.

You have no idea what's going on until the doctor tells you that you have malaria, a disease caused by parasites transmitted to people through the bites of infected female Anopheles mosquitoes.

Children with severe malaria frequently develop one or more of the following symptoms: severe anemia, respiratory distress in relation to metabolic acidosis, or cerebral malaria. In adults, multi-organ failure is also frequent.

According to the World Health Organization, there were an estimated 229 million malaria cases worldwide, and the estimated number of malaria deaths stood at 409,000 in 2019. The African continent carries a disproportionately high share of the global malaria burden. In that same year, the continent was home to 94 percent of malaria cases and deaths. 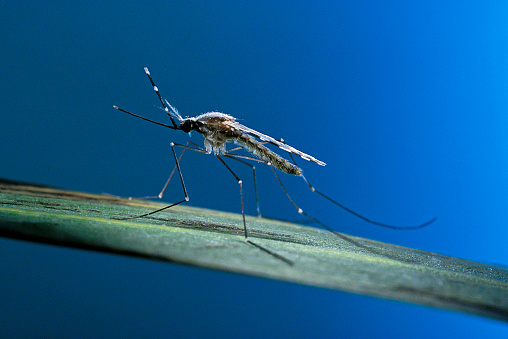 The human species has suffered from malaria for thousands of years, but humankind has never surrendered to the disease.

In 1820, French chemists Pelletier and Caventou isolated quinine, the active ingredient against malaria, from cinchona bark. However, traditional anti-malarial drugs are not as effective as they used to be because the parasite has developed resistance.

In the 1970s, Chinese scientist Tu Youyou's team successfully extracted artemisinin from the Sweet sagebrush (Artemesia annua) plant, which won her the 2015 Nobel Prize in Physiology of Medicine. 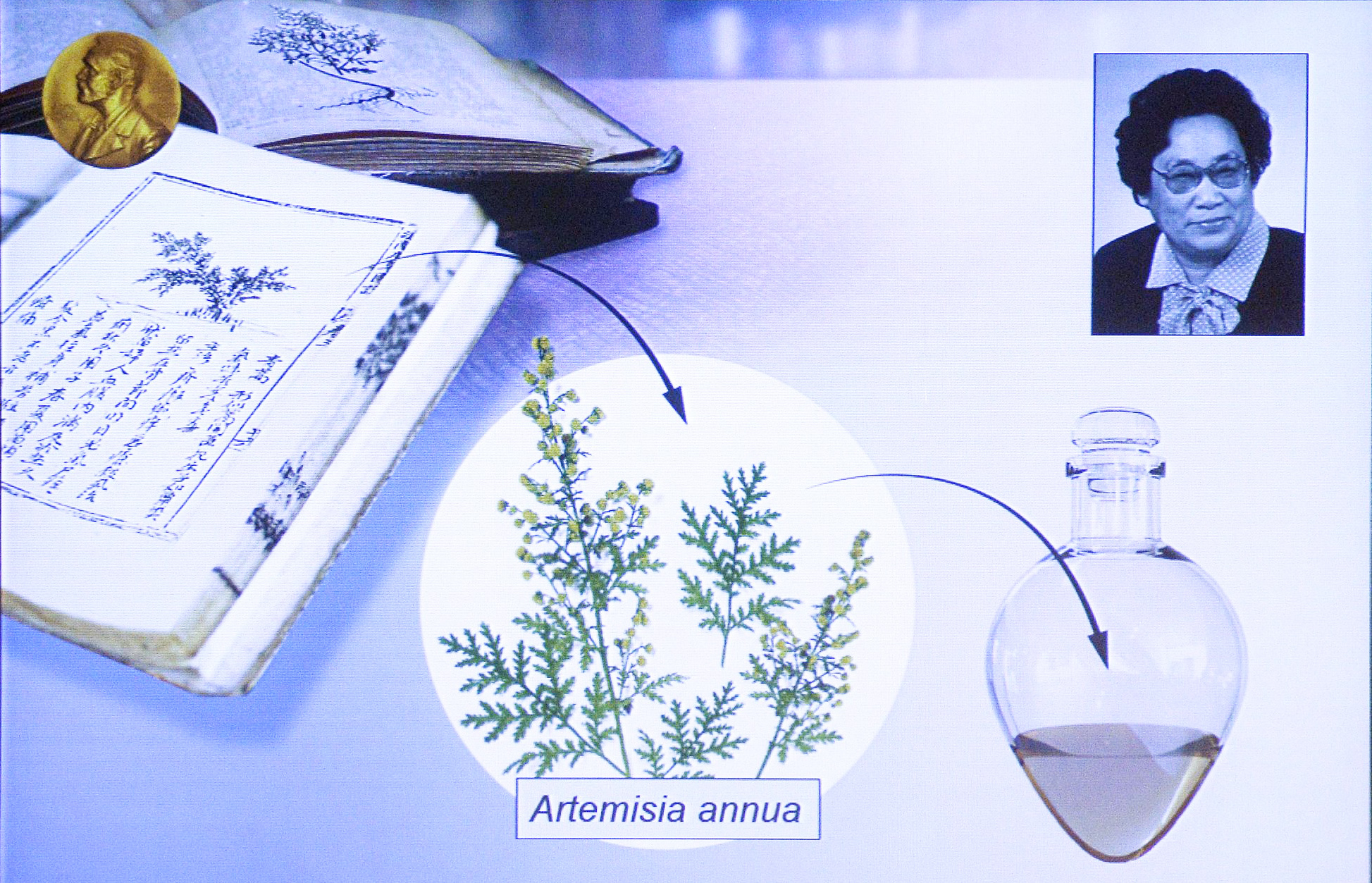 An inset of a portrait of China's Youyou Tu juxtaposed next to an illustration describing her work during a press conference of the Nobel Committee on October 5, 2015. /VCG

An inset of a portrait of China's Youyou Tu juxtaposed next to an illustration describing her work during a press conference of the Nobel Committee on October 5, 2015. /VCG

Artemisinin is extracted from the Sweet sagebrush plant, which is called "Huanghuahao" in Chinese.

At the most critical moment of research and development, Tu Youyou was inspired by ancient Chinese medicine literature. 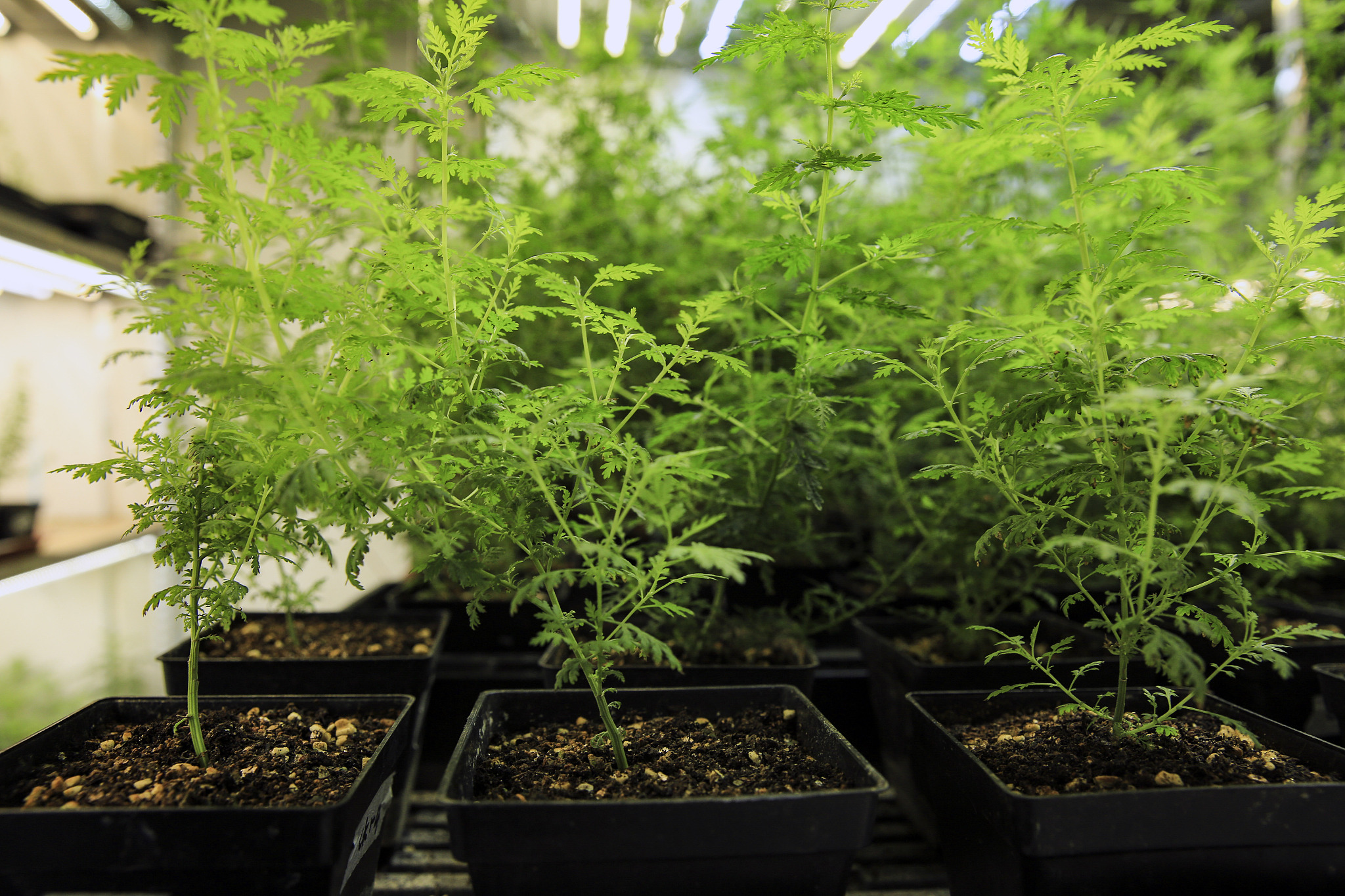 "Qinghao" mainly treats tuberculosis, malaria, chills and fever, swollen and painful gums, diarrhea and so on, according to "Compendium of Materia Medica."

According to "Chinese pharmacopeia," "Qinghao," which has a bitter taste and a cool nature, is the dry aboveground part of the Sweet sagebrush plant.

It grows in wilderness, hillside, roadside and river banks. It is found in most parts of the country.