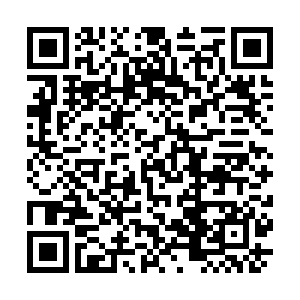 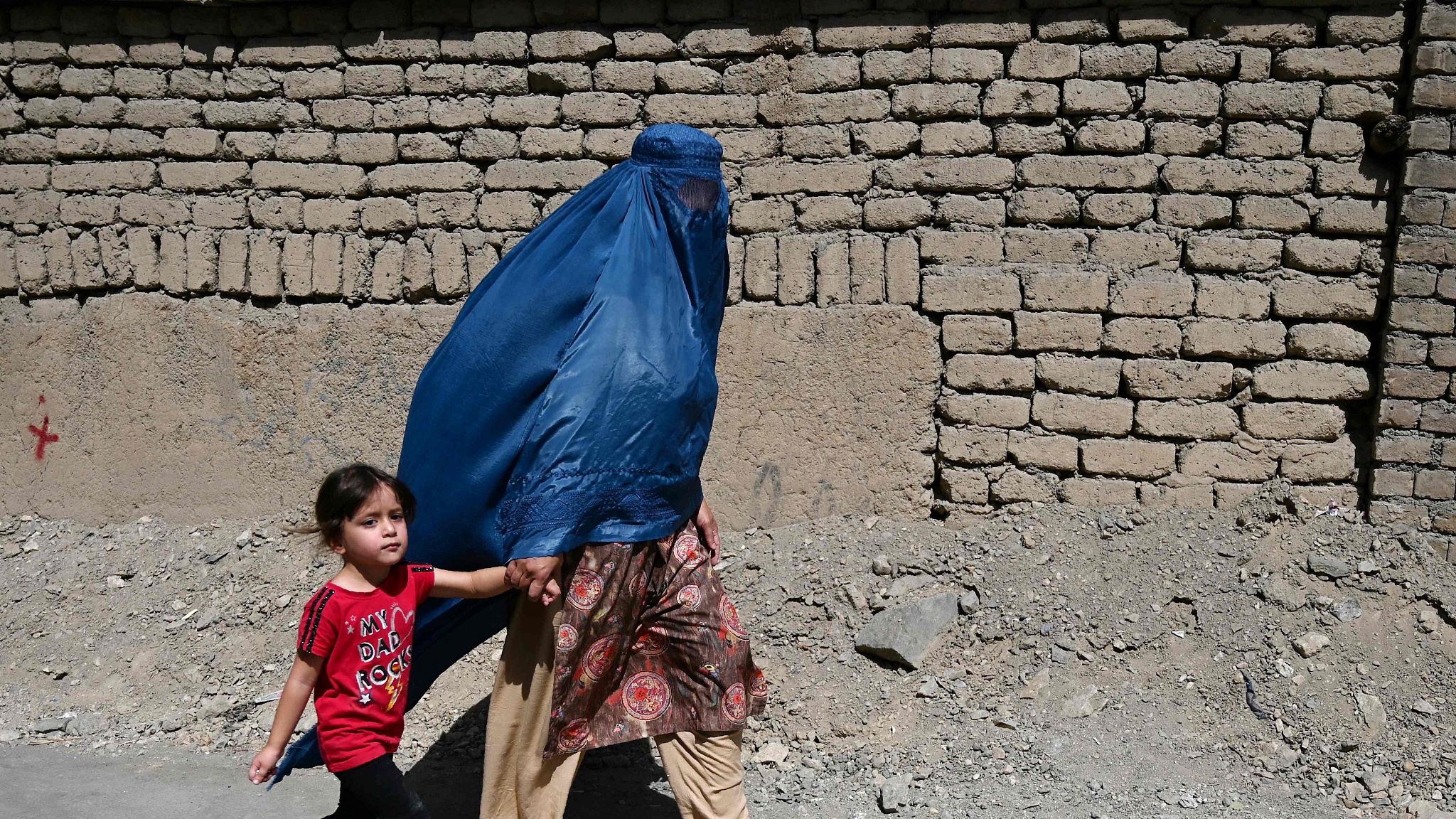 UN chief Antonio Guterres on Monday called for countries to dig deep and provide desperately needed aid to Afghans, and to support women and others whose rights appear threatened.

Speaking to ministers gathering for a donor conference for Afghanistan, Guterres insisted that "the people of Afghanistan need a lifeline."

"After decades of war, suffering and insecurity, they face perhaps their most perilous hour," he said at the UN's European headquarters in Geneva. "Let us be clear: This conference is not simply about what we will give to the people of Afghanistan. It is about what we owe."

His comments came a month after the Taliban swept into power in Afghanistan, sparking a chaotic exit for the troops from the United States and its allies after 20 years in the country.

The half-day conference seeks to raise the $606 million that humanitarian agencies say is urgently needed to provide life-saving aid to millions of Afghans over the next four months.

The money is needed for food and livelihood assistance for nearly 11 million people and essential health services for 3.4 million.
Most of the funds requested were sought at the end of last year as part of a $1.3-billion humanitarian appeal for Afghanistan, which remains severely underfunded. But nearly a third of the requested funds are new needs that have arisen with the Taliban's takeover. 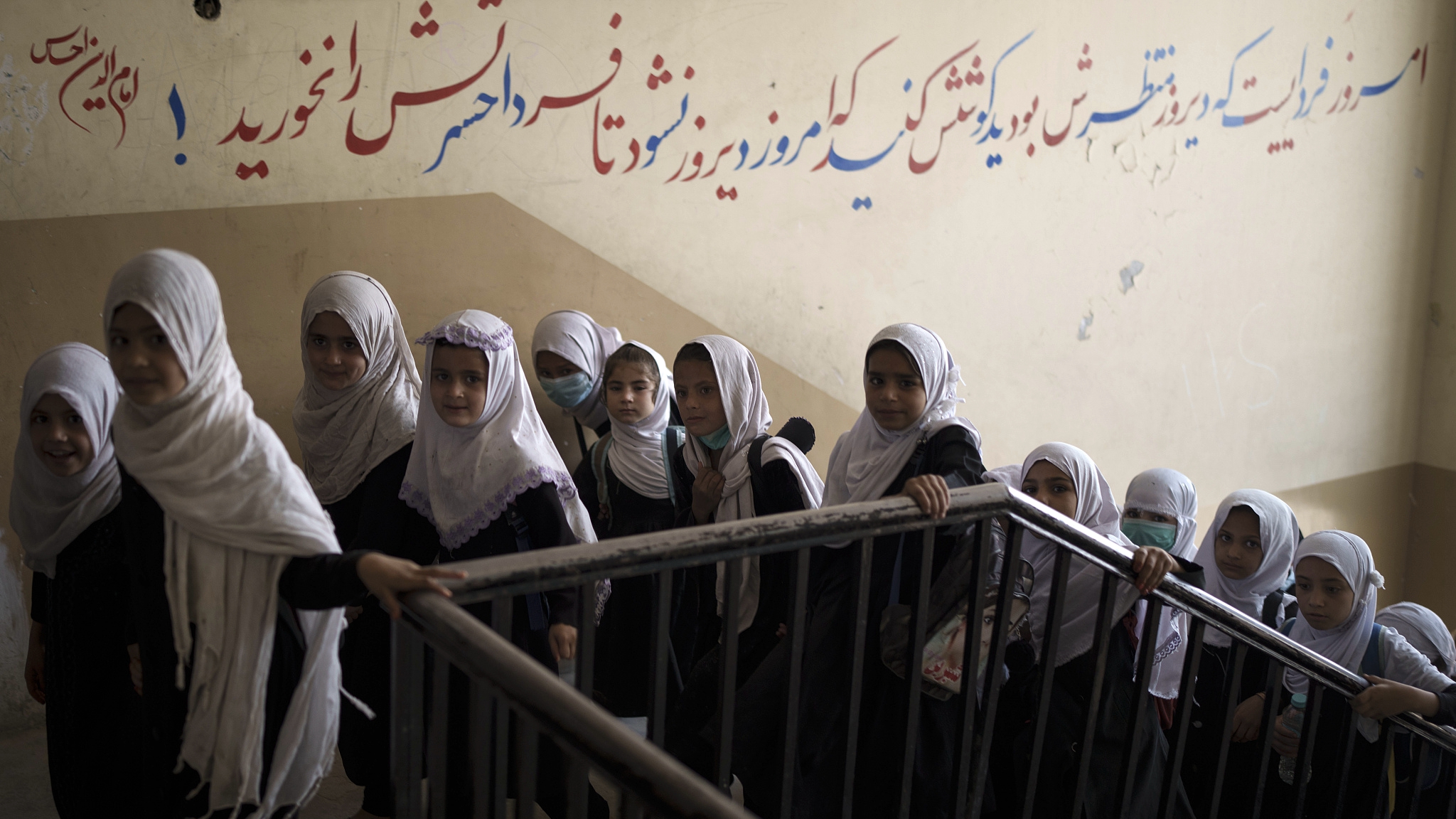 Girls walk upstairs as they enter a school before class in Kabul, Afghanistan, September 12, 2021. /CFP

Girls walk upstairs as they enter a school before class in Kabul, Afghanistan, September 12, 2021. /CFP

Guterres stressed that Afghans were experiencing "one of the worst humanitarian crises in the world," with some 40 percent of the country's GDP already drawn from foreign funding, according to the UN. Half of the population were already dependent on humanitarian aid. Afghanistan is facing a devastating drought and mass displacement in addition to the impact of COVID-19.

Deborah Lyons, the UN secretary-general's special representative on Afghanistan, urged countries last week to keep money flowing in despite concerns over the Taliban government to "prevent a total breakdown of the economy and social order."

Guterres announced that the UN would release $20 million from its Central Emergency Response Fund to support the humanitarian operation in Afghanistan. But he stressed that more money was needed – and quickly.

He also highlighted the need to safeguard human rights, women's in particular, in the country.

"One of the bright spots of Afghanistan today is the new generation of women leaders and entrepreneurs, educated and flourishing over the last two decades," he said. "Afghan women and girls want to ensure that gains are not lost, doors are not closed and hope is not extinguished."

(Cover: An Afghan burqa-clad woman walks with a child along a road in Kabul, Afghanistan, September 9, 2021. /CFP)