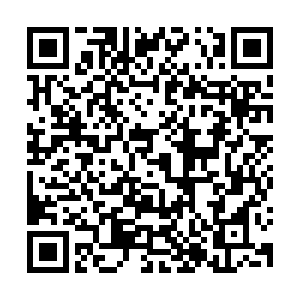 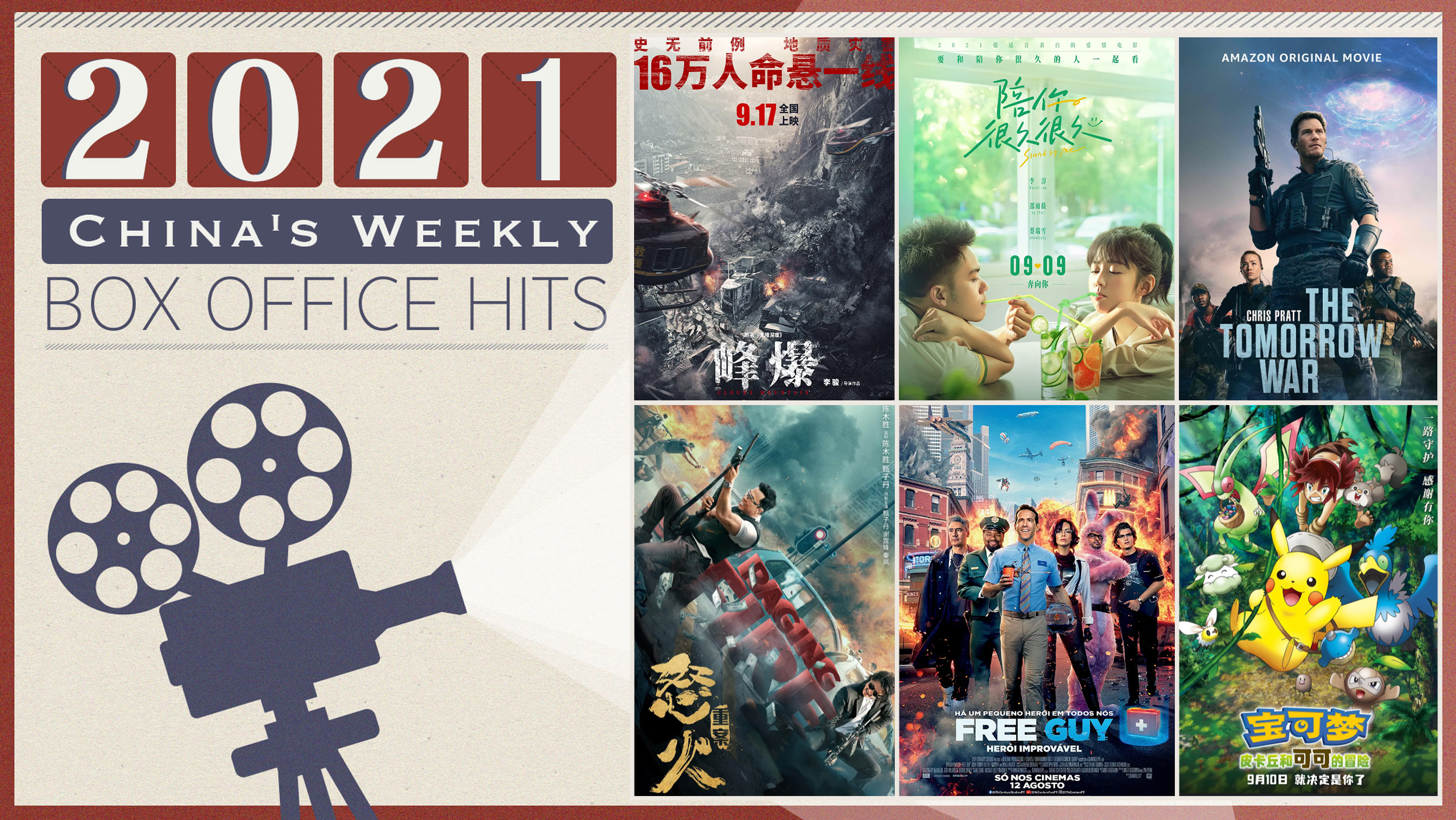 The movie market before the Mid-Autumn Festival is still relatively muted. Despite the release of some new movies, China's box office winner for the week of September 6-12 is still Disney's blockbuster "Free Guy," which crossed 124.67 million yuan ($19.33 million) according to Chinese online movie-ticketing platform Maoyan.

After 19 days of its release, "Free Guy" has earned a cumulative box office of more than 500 million yuan and a score of 7.8 points out of 10 on Douban, one of the main movie-rating platforms in China. It is well-received as a popcorn movie.

"Free Guy" is the only Hollywood film to dominate the Chinese box office after the summer break. Released at the end of the summer, it caught the summer holiday as well as the upcoming Mid-Autumn holidays, which gives the film a lot of room to grow at the box office.

In second place was the romance comedy "Stand by Me," which grossed 80 million yuan six days after its release and is very likely to reach the 100 million yuan mark. With its little-known cast and a comparatively small budget, this movie is definitely a box-office dark horse.

Before its release, "Stand by Me" set off a wave of "confessions" on Chinese social networks by virtue of its romantic title. Many netizens expressed their love for their special someone quoting the title of the film.

Coming in third with about 63.91 million yuan in ticket sales was "Raging Fire," the final directorial effort by Benny Chan, one of Hong Kong's leading action directors, before his death last August. Sci-fi flick "The Tomorrow War" comes in fourth with about 41.14 million yuan while "Pokemon the Movie: Coco" followed with 22.02 million yuan. 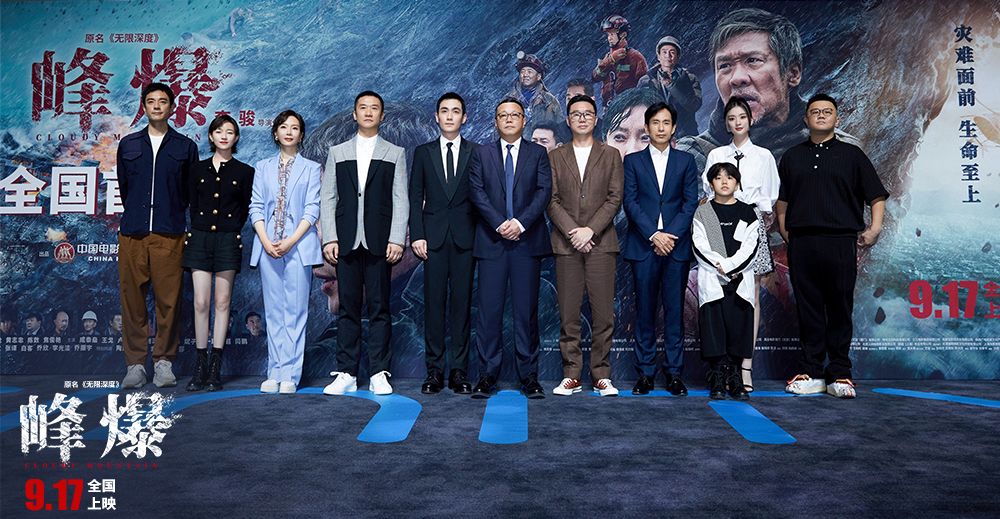 The cast of "Cloudy Mountain" at the premiere on September 12, 2021 in Beijing. /Xinhua

The cast of "Cloudy Mountain" at the premiere on September 12, 2021 in Beijing. /Xinhua

The Chinese disaster film "Cloudy Mountain" will be officially released on Friday. After the sneak preview in selected cinemas on September 11, it seems to be very well received with a score of 9.4 on Maoyan.

Set in a small town in China, it provides a panoramic, documentary view of the landslide disaster. "The film is a perfect replica of a real Chinese-style rescue," commented a viewer on Maoyan.

During the Mid-Autumn Festival, the construction workers depicted in the film often stay at work instead of spending the festival with their families, which also resonates with many viewers.