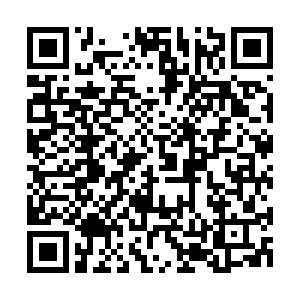 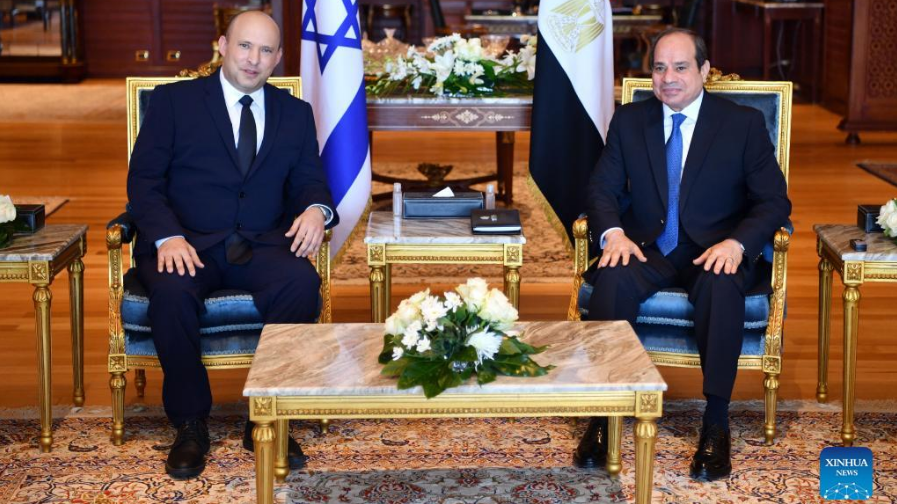 Israeli Prime Minister Naftali Bennett met Egyptian President Abdel Fattah al-Sisi on Monday for talks on Israeli-Palestinian relations and bilateral ties in the first official trip by an Israeli head of government to Egypt in a decade.

Bennett, the head of a far-right party who took office in June, was invited by Sisi last month. Since May, Egypt has played a prominent role brokering and trying to reinforce a ceasefire in the Gaza Strip after 11 days of conflict between Israel and Palestinian faction Hamas, which controls the enclave.

Bennett said the talks in the Red Sea resort of Sharm el-Sheikh covered diplomacy, security and the economy. "We created a foundation for a deep connection going forward," he said before the end of the visit.

In the discussions, Sisi cited Egypt's efforts to maintain calm in the Palestinian territories and the importance of international support for rebuilding efforts there, according to an Egyptian presidency statement.

An uptick in cross-border violence since late August has tested the fragile truce in Gaza. Over the past week, Palestinian militants have fired rockets into Israel for three nights in a row, drawing Israeli air strikes.

Sisi also "affirmed Egypt's support for all efforts to achieve comprehensive peace in the Middle East, according to the two-state solution," the presidency statement said.

Peace talks between Israel and the Palestinians collapsed in 2014 and analysts say there is little prospect of reviving them. Bennett, a nationalist atop a cross-partisan coalition, opposes Palestinian statehood. His government has focused on policies to improve economic conditions in the Palestinian territories.

Egypt was the first Arab country to sign a peace treaty with Israel in 1979 but relations have remained cool, restricted to security cooperation and limited economic links.

Cairo's brokering of the Gaza truce allowed it to reassert its diplomatic role in the region in the wake of deals by four Arab states to normalize ties with Israel last year.

Bennett's trip appeared to give transport links between Egypt and Israel a boost.

The Taba crossing between Israel and Sinai, an entry point for Israeli tourists, would become fully operational from Monday as restrictions put in place during the coronavirus pandemic were lifted, Israel's transport ministry said.

From October, Egyptair would begin operating several flights a week between Cairo and Tel Aviv, sources at the Egyptian national carrier said.

Bennett and Sisi had also been expected to discuss regional issues, including Iran's influence in the Middle East and the crisis in Lebanon, diplomats and security sources said.

The last official visit by an Israeli prime minister to Egypt was when Benjamin Netanyahu met former Egyptian President Hosni Mubarak in January 2011 in Sharm el-Sheikh, just before the uprising that toppled Mubarak.