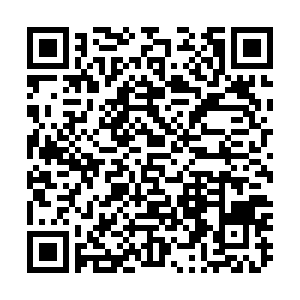 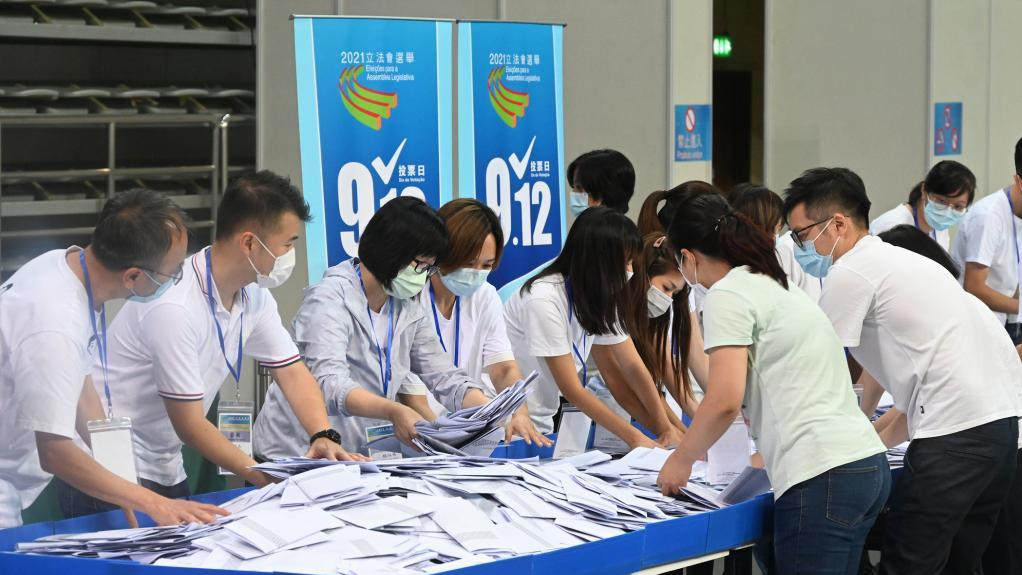 Counting ballots after a voting for the election of the seventh Legislative Assembly of the Macao SAR at a polling station in Macao, south China, September 12, 2021. /Xinhua

Counting ballots after a voting for the election of the seventh Legislative Assembly of the Macao SAR at a polling station in Macao, south China, September 12, 2021. /Xinhua

Editor's note: Timothy Kerswell is a research fellow at the Chinese University of Hong Kong (Shenzhen). He lived in Macao for seven years, working as an assistant professor at the University of Macao. The article reflects the author's opinion and not necessarily the views of CGTN.

China's Macao Special Administrative Region (SAR) held its legislative election last weekend to decide who will take part in the Legislative Assembly for the next four years. I lived in Macao for seven years and witnessed two elections, and one of the things to be noticed in Macao is that the "pan-establishment" group of parties which have been a majority in the Legislative Assembly since Macao's return to China have maintained consistently high levels of support. The 2009 election represented the high water mark for the pan-democratic forces, and even then they only had four candidates elected out of what was then a total of 29.

One of the more over-hyped areas of discussion regarding the Macao election was the disqualification of 21 candidates for various violations of the electoral commission criteria. This has been laughably interpreted in some diplomatic and media circles as some kind of arbitrary crackdown. However, this is one of those cases where certain political forces love arguing for the "rule of law" until a law applies which they don't like. It's actually really difficult to get yourself disqualified by the Macao Electoral Affairs Commission. The criteria are very narrow, and include only: refusing to uphold the Basic Law which structures the entire Legislative Assembly, acts against the sovereignty of China and the Macao SAR, violation of the 2009 national security law, and receiving funding and training from outside forces whose objectives compromise the sovereignty of China or Macao SAR.

Widespread media reports suggested this decision was the reason for a lower election turnout in Macao, which declined by roughly 15 percent. There's some fairly obvious, but less politically expedient, explanations for the decline. The very obvious one is the COVID-19 pandemic.  Macao doesn't have a postal voting mechanism, which means voters have to be both physically present in Macao and willing to come out on election day to mass public venues. A large number of Macao residents live outside Macao, and under the current circumstances it's very inconvenient to return. Additionally, Macao has only just finished dealing with a recent COVID-19 resurgence, which is obviously a major part as to why many people chose to stay home.

The second reason why the electoral disqualifications are an overrated factor in explaining the lower turnout is that the pan-democrats remained part of the election. The Nova Esperanca (NE) list headed by Jose Maria Coutinho, part of the pan-democratic camp, was not found to violate the electoral rules and was not disqualified. This list made modest gains compared to the previous election, picking up two seats instead of its previous one, most likely because some previous pan-democratic voters transferred their vote to the NE list, but their total number of votes was just above 14,000, nowhere near 15 percent of Macao's eligible voters.

If democracy, as defined by the pan-democratic camp, was what this election was about, we would expect a much larger share of the roughly 15 percent of new non-voters to instead be pouring their votes for the remaining pan-democratic party, but this just didn't happen. So, instead of complaining about the decisions of the electoral commission, perhaps a more valid question to ask is why the pro-establishment camp retains the broad support, which it has maintained since the inception of the Macao SAR. 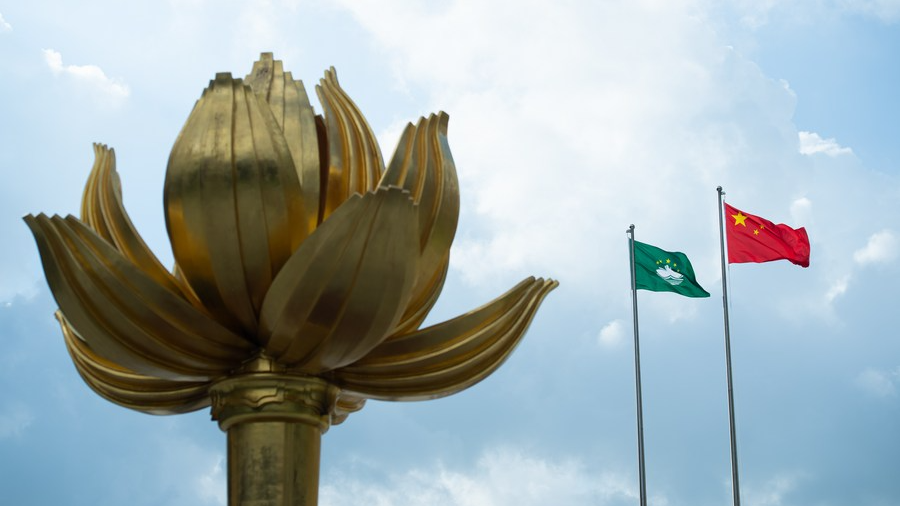 Scene at the iconic Golden Lotus Square of Macao where a flag-raising ceremony is held to celebrate the 100th anniversary of the founding of the Communist Party of China, Macao, China, July 1, 2021. /Xinhua

Scene at the iconic Golden Lotus Square of Macao where a flag-raising ceremony is held to celebrate the 100th anniversary of the founding of the Communist Party of China, Macao, China, July 1, 2021. /Xinhua

A lot about Macao's recent experience explains the level of support the pro-establishment candidates have received. Macao's handling of the COVID-19 pandemic has been very good with very few cases and zero deaths. The pan-establishment camp is sometimes accused of only caring about their business interests, but this myth has been busted by their behavior during the pandemic. That a tourism-centered economy could shut itself off from tourism for so long represents a demonstration of enormous political will and the stewardship to put people before profit.

But its response goes beyond the management of the pandemic to the economic management of the pandemic. As a tourism-centered economy, Macao has spent most of the pandemic without any tourism until very recently when visitors from the Chinese mainland gradually resumed entry. The government responded to this situation by making judicious policy interventions, spending vast sums of money maintaining companies and their employees and keeping people in work. This was only possible because of the vast economic expansion that Macao has witnessed since its return to China in 1999.

Macao residents have for the most part enjoyed two golden decades of uninterrupted progress. The territory witnessed not just GDP growth, but for a long time had an average of 5-percent wage growth. This means the salaries were doubling every 14 years. In large parts of the world, real wages have remained stagnant for a long time even when economies have grown. In addition to wages, Macao residents benefit from a variety of subsidies which have led to improved living standards overall.

I think for a long time Macao needed a wake-up call, whether at the government or society level, in terms of the importance of economic diversification. That wake-up call came in the form of the COVID-19 pandemic. But even in this case we can see an immediate response in terms of a proposal between the central government and the Macao SAR government to expand the Hengqin cooperation zone to help Macao in its economic diversification in fields like scientific research, culture and entertainment. Whatever complaints residents of Macao have from time to time about the pan-establishment camp, they clearly have a vision and a record of successful policy execution which their rivals have never been able to match.