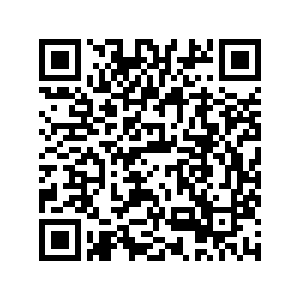 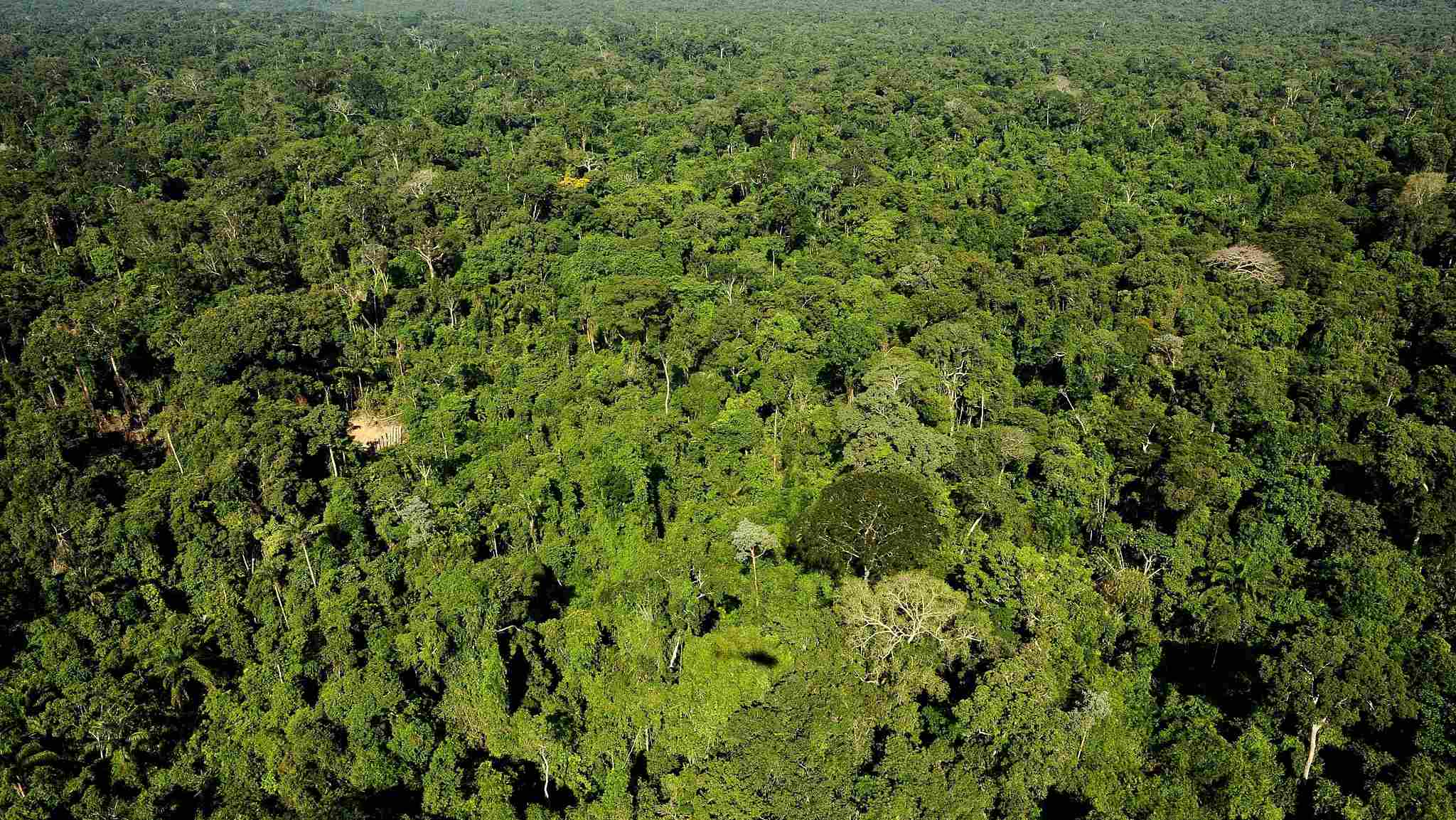 The Amazon rainforest is a crucial global carbon sink supporting a vast array of biodiversity. /VCG

The Amazon rainforest is a crucial global carbon sink supporting a vast array of biodiversity. /VCG

Editor's note: Karl Schmedders is Professor of Finance at the Institute for Management Development. Rick van der Ploeg is Professor of Economics and Research Director of the Oxford Centre for the Analysis of Resource-Rich Economies at the University of Oxford. The article reflects the authors' views and not necessarily those of CGTN.

In a recent commentary, John H. Cochrane, a senior fellow at the Hoover Institution, argues that "climate financial risk" is a fallacy. His eye-catching premise is that climate change doesn't pose a threat to the global financial system, because it – and the phase-out of fossil fuels that is needed to address it – are developments that everyone already knows are underway. He sees climate-related financial regulation as a Trojan horse for an otherwise unpopular political agenda.

We disagree. For starters, one should acknowledge the context in which regulation emerges. With respect to climate policy, the Intergovernmental Panel on Climate Change has set the stage with its sixth assessment report, which concludes with a high degree of certainty that the Earth's climate is changing, and that human activities are the cause. Ecologist William Ripple, the co-author of another recent study of planetary "vital signs," goes further: "There is growing evidence we are getting close to or have already gone beyond tipping points associated with important parts of the Earth system."

Unlike the 2008 global financial crisis – when banks that took excessive risks were bailed out, and global financial regulation was overhauled in light of our new understanding about interdependent financial markets – unmitigated climate change will lead to a crisis with irreversible outcomes.

The question, as Cochrane puts it, is whether climate-related financial regulation can do anything to help us avoid such outcomes. Although the answer is complex and currently incomplete, we would argue that it can. Financial regulation to mitigate climate risk is indeed worth pursuing, because the stakes are too high to let the perfect become the enemy of the good.

Consider some of the arguments about systemic financial risk and extreme climate events. First, we are told that the risk of "stranded assets" – particularly fossil-fuel assets – will become a fact of life, to be borne only by investors. Here, Cochrane points out, correctly, that fossil-fuel investments have always been risky. But can we reasonably say that the prevalence of this energy source should be left to market players alone, or that only investors will bear the costs?

Though per capita fossil-fuel consumption in countries such as the United States and the United Kingdom has declined since 1990, total consumption has grown dramatically elsewhere, rising by 50 percent globally over the last 40 years. In 2020, China and India were the planet's two largest coal-energy producers, relying on coal for 61 percent and 71 percent of their electricity, respectively. Their economies, and those of many other developing countries, simply would not sustain a precipitous reduction in fossil-fuel energy.

Cochrane also suggests that there is no scientifically validated possibility that extreme climate events will cause systemic financial crises over the next decade, and that regulators are therefore stymied from assessing the risks on financial institutions' balance sheets over a five- or ten-year horizon. But the sheer scale of the challenge should make us reconsider the temporal dimensions of regulation.

If temperature increases are to be kept within 2° Celsius of pre-industrial levels this century, about 80 percent of all coal, one-third of all oil, and half of all gas reserves must be left unburned. All of the Arctic's oil and the remainder of Canada's oil sands – the world's largest deposit of crude oil – must be left in the ground, starting almost immediately. 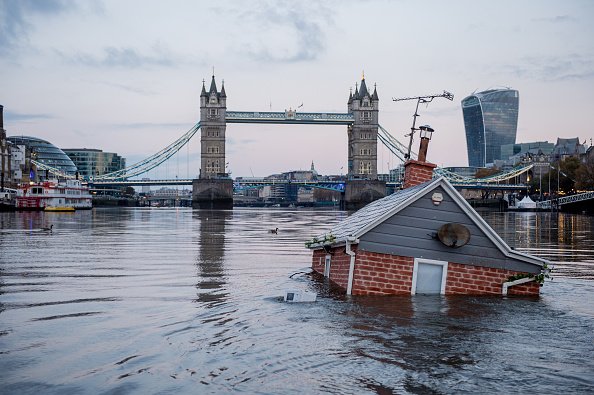 Environmental protest group Extinction Rebellion floats a replica of a British house in front of Tower Bridge on the River Thames in London, UK, in an action entitled "Our House Is Flooding," November 10, 2019. /Getty

Environmental protest group Extinction Rebellion floats a replica of a British house in front of Tower Bridge on the River Thames in London, UK, in an action entitled "Our House Is Flooding," November 10, 2019. /Getty

Finally, it is said that the technocratic regulation of climate investments cannot protect us against un-modeled tipping points. But this view simply ignores the extensive literature in climate economics. In this field, the work of Nobel laureate economist William Nordhaus is widely referenced. His Dynamic Integrated Climate-Economy (DICE) model has influenced many scientists' and economists' own modeling of tipping points, and the U.S. government already relies on these "integrated assessment models" to formulate policy and calculate the "social cost of carbon."

This interdependency between economics, policy, politics, public opinion, and regulation should be familiar from the crash of 2008. The dangerous over-leveraging that generated that crisis was an open secret; but those in a position, politically and culturally, to do something about it were willing to deny the systemic risk it posed. One can find the same denialism in the climate debate.

According to the Center for American Progress, 139 members of the current U.S. Congress (109 representatives and 30 senators; a majority of the Republican caucus) "have made recent statements casting doubt on the clear, established scientific consensus that the world is warming – and that human activity is to blame."

Cochrane makes an eloquent case for why policymakers should focus on creating coherent, scientifically valid policy responses to climate change and financial systemic risk separately, rather than pursuing climate financial regulation. But this isn't an either/or choice. We need both kinds of policies, and we need coordination between the two domains.

We therefore should welcome the approach being taken by U.S. Secretary of the Treasury Janet Yellen's Financial Stability Oversight Council, which has brought together leading regulators and tasked them with preventing a repeat of the 2008 Wall Street meltdown. Yellen has said she will use this multi-regulator body as her principal tool to assess climate risks and develop the disclosure policies needed to shift to a low-carbon economy.

Counterintuitive though it may be, climate-related financial regulation could usher in a new form of political accountability, by putting governments and individuals (elected and unelected) on the hook for their decisions. Such accountability was notably absent before and during the 2008 crisis. With political will, serious thinking about regulating climate financial risk could open up a fruitful debate for similar action on all neglected policy fronts.