Download
Interview: What attracts companies in expanding business in the B&R countries?
By Huo Li 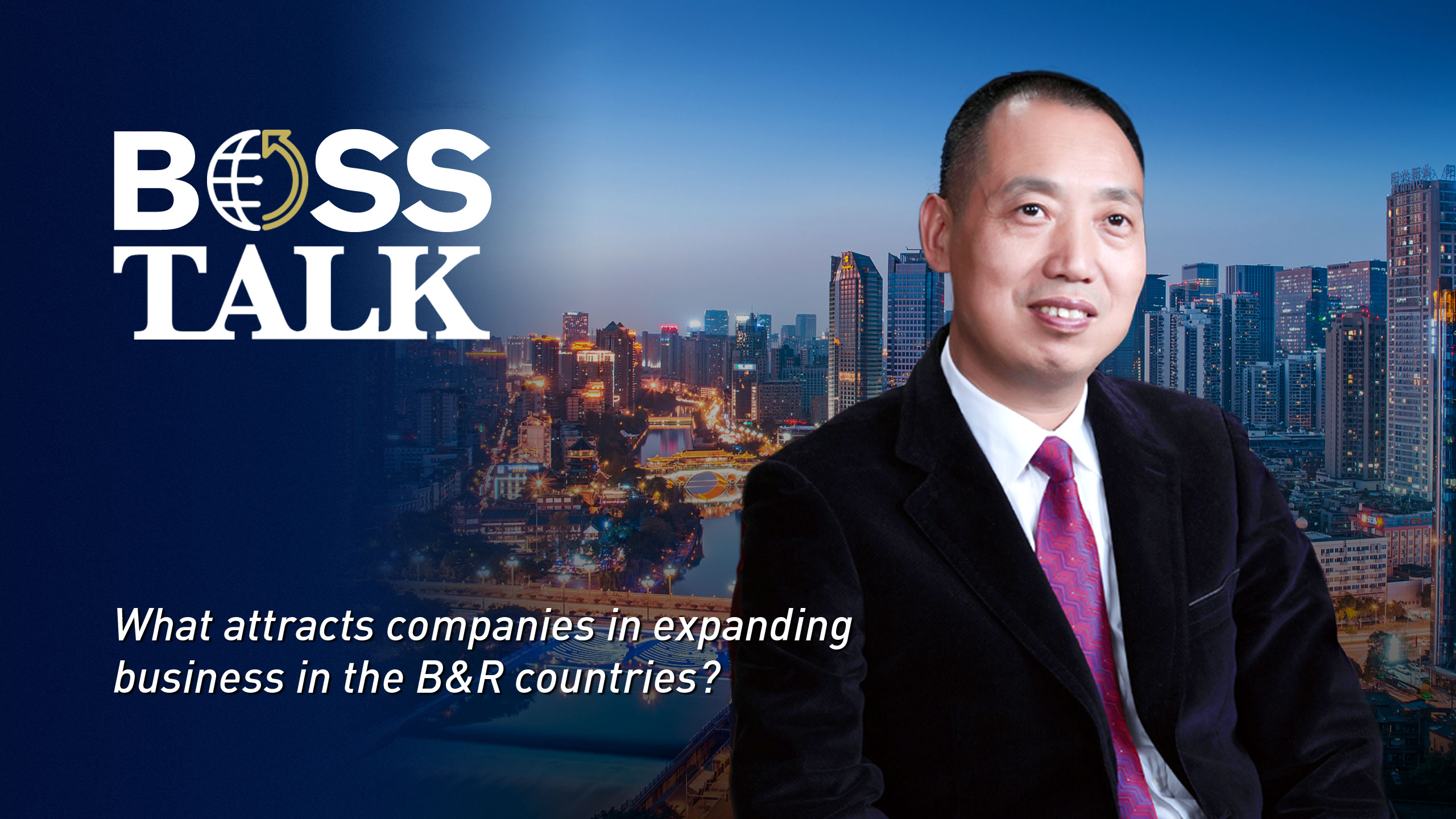 China's economic transactions with countries in the Belt and Road Initiative (BRI) remained robust despite the COVID-19 pandemic, with the trade volume jumping 27.5 percent year-on-year in the first half of 2021.

Country-led mega investments in building highways and power plants, as well as private investments, have both contributed in advancing cross-regional cooperation. Apart from trade in goods, companies are investing in the services sector in Belt and Road (B&R) countries.

Countries along the B&R have a strong appetite for services exports from China as they share many economic and trade ties, Zhang Jianming, chairman of Minyoun Hospitality and a member of the National Committee of the Chinese People's Political Consultative Conference (CPPCC) told CGTN on the sidelines of the China International Fair for Trade in Services (CIFTIS).

Zhang added that tourist attractions in B&R countries cater to a growing number of Chinese tourists looking for exotic beauty, and demand for business travel in these countries is also expanding.

Famous for its mosques and mausoleums, Samarkand is the second-largest city in Uzbekistan and serves as an important cultural site on the ancient Silk Road.

However, conducting business across borders comes with many uncertainties, Zhang noted, cautioning about the political and legal risks in expanding business overseas.

The following are excerpts from the interview, edited for brevity and clarity.

CGTN: What is the just-signed deal with Uzbekistan about?

Zhang: The deal concerns the Samarkand Hotel Cluster. We'll send personnel, and use the Minyoun brand to manage local hotels. It belongs to the category of services exports.

CGTN: Is there a great demand for services trading in BRI countries?

Zhang: Countries along the Belt and Road are very keen to import this kind of services from China because they share many economic and trade networks with China. So the BRI is also a main development focus of Minyoun.

CGTN: Is the deal denominated in RMB?

CGTN: How long will it take the sector to recover to pre-pandemic levels?

Zhang: In the three months of May, June and July this year, hotels in our operation area returned to the level of 2019. But it soon fell again because of the resurgence of cases, so we can't make a specific prediction on when we'll fully recover. But we're confident that with China's stringent pandemic control effort, it will take a relatively short time to recover. Also, the "retaliatory consumption" after the pandemic will positively influence the industry.