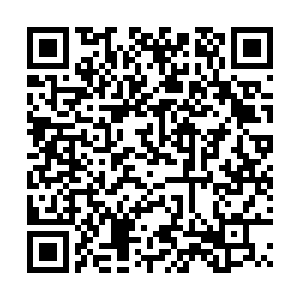 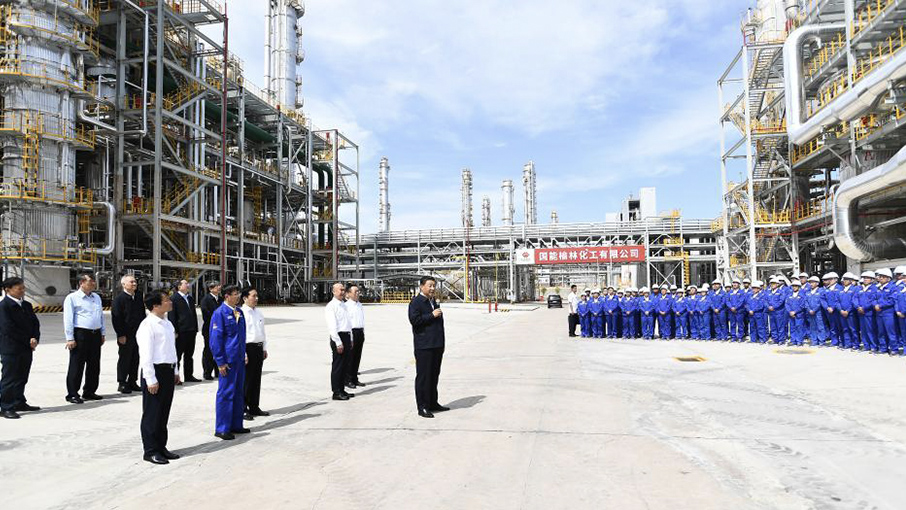 Innovation is often regarded as a pressing task in China, and to facilitate the high-quality development in all-round areas, efforts must be made in this regard.

Innovation, the most pressing task

Sci-tech innovation is the most pressing task and efforts must be accelerated to achieve breakthroughs in key and core technologies, Xi stressed during Monday's visit to a chemical company to learn about the consumption and development of China's coal industry.

The coal chemical industry, as a sector with huge potential and good prospects, must be transformed into a high-end, diversified and low-carbon industry, Xi said.

Coal is so far the primary energy consumption in China. Given the situation, Xi said a green and low-carbon development path for the industry is essential to the country's mission to realize carbon neutrality by 2060. He emphasized the importance of sci-tech innovation to transform the traditional industry into a high-end, diversified and low-carbon one.

Ecological conservation, a balance between humans and nature 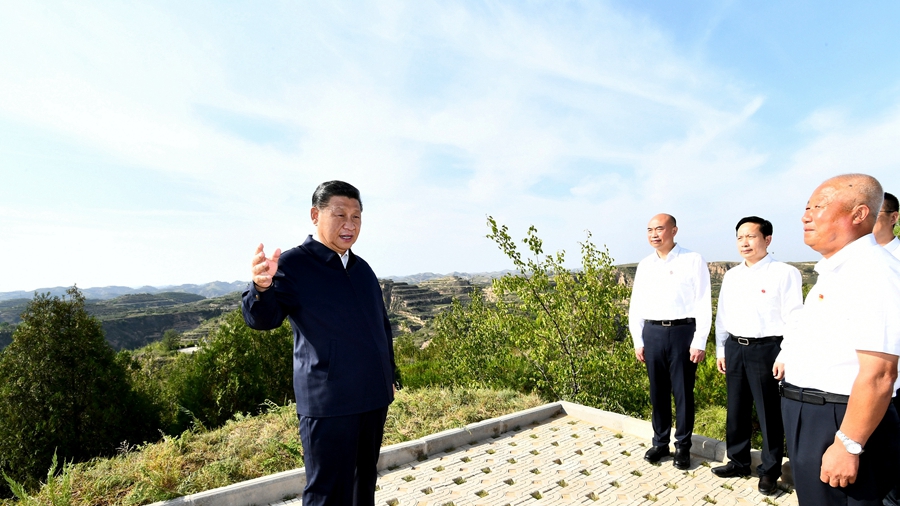 The Loess Plateau, once famous for its endless highlands of yellow earth from land erosion on the banks of Yellow River, now has been changing colors with local people's tireless afforestation efforts.

Among them, Gaoxigou Village is known as a model of ecological conservation. During his trip to the village, Xi affirmed villagers' efforts while stressing the need to integrate ecological governance with the development of distinctive local businesses.

We must firmly implement the concept of "lucid waters and lush mountains are invaluable assets" and explore a way to attain coordinated development between ecology and economy, and harmony between humans and nature, the Chinese president said. 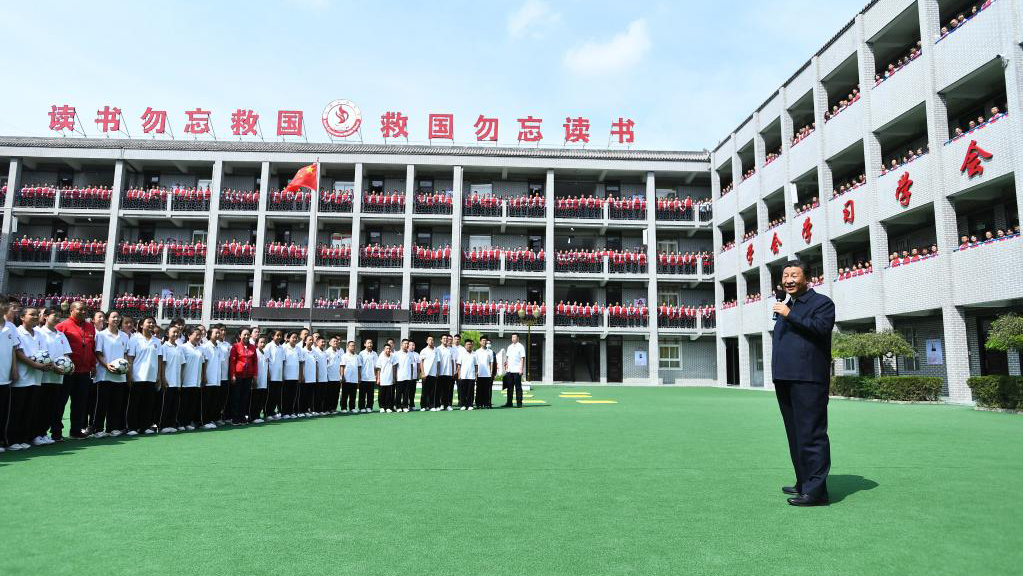 Xi gave further explanation to the fundamental role of education when paying a visit to a middle school in Suide on Tuesday.

According to him, the aim of education is to improve people's overall quality so as to raise the national degree of social civilization, achieve cultural confidence and enhance the national creative vitality.

He stressed the importance of reform in the education sector and called for efforts to cultivate young people who are equipped with moral grounding, intellectual and physical ability, and aesthetic sensibility that can contribute to the society.

Meanwhile, the Chinese president also urged to strengthen the primary role of schools in education, noting that the quality of education should be improved in an all-round way while easing students' burden of excessive homework and off-campus tutoring.

Folk arts, an invaluable asset of the Chinese nation 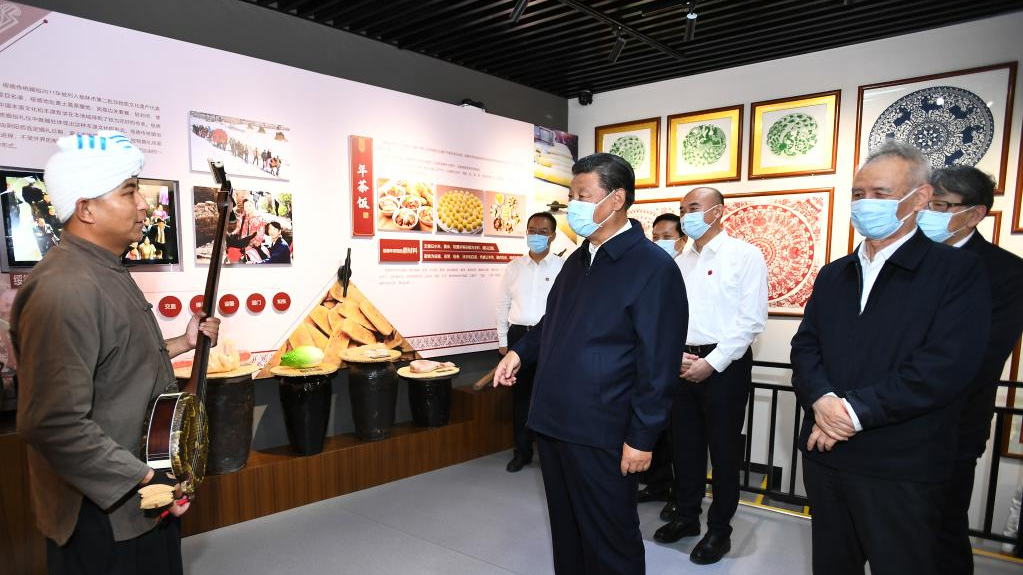 While touring an exhibition hall for local intangible cultural heritage in Suide, Xi expressed appreciation for the local efforts to protect and inherit traditional culture.

Noting that Suide is one of the important origins of the Loess Culture, with abundant resources of intangible cultural heritage and traditional folk arts, Xi highlighted the importance of protecting folk arts as they are invaluable assets of the Chinese nation, and are vital to sustaining historical legacy and building a socialist country with great cultural strength.

He called for a creative transformation and development of the traditional culture so as to better link it to modern life to meet people's ever-growing needs for a better life.