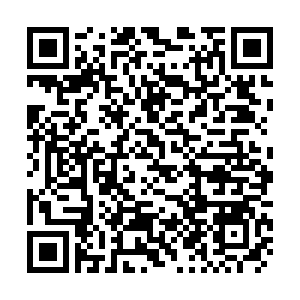 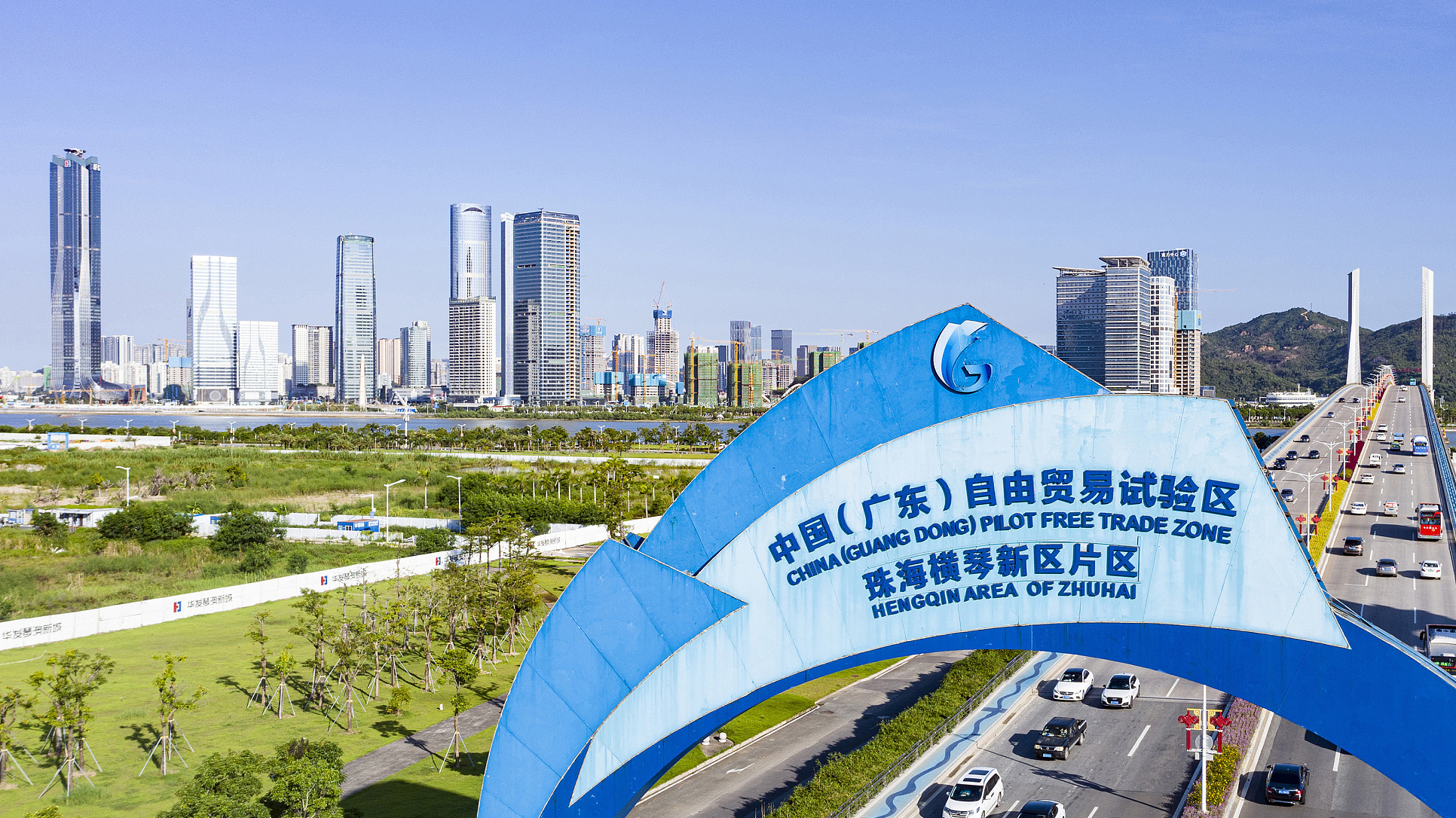 The Administrative Organizations of the Guangdong-Macao In-depth Cooperation Zone in Hengqin, an island in Zhuhai, was officially unveiled on Friday, a further step towards carrying out China's master plan to diversify Macao's development through closer integration with the mainland.

To enrich the practice of "One Country, Two Systems" and offer a driving force for Macao's long-term development, China announced on September 5 a general plan for building a Guangdong-Macao in-depth cooperation zone in Hengqin.

Han, also a member of the Standing Committee of the Political Bureau of the Communist Party of China Central Committee and head of the leading group for developing the Guangdong-Hong Kong-Macao Greater Bay Area, said Friday's inauguration is a historic moment for the cooperation zone, and its construction thus enters a new phase of full implementation and acceleration. 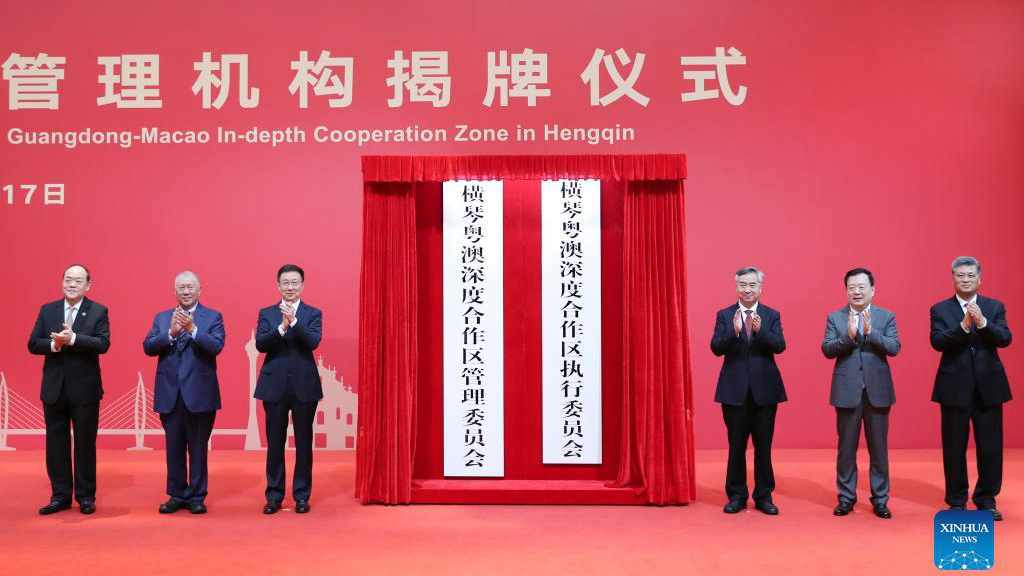 The vice premier called for efforts to grow new industries to promote a moderately diversified economy in Macao and inject new impetus in the long-term development of Macao.

He also stressed openness and inclusiveness and the need to actively explore the alignment of rules and systems of Guangdong and Macao.

Hengqin, which is located in the southern part of Zhuhai City in Guangdong Province, is the city's largest island and just five minutes by shuttle bus from Macao.

Hengqin free trade zone was set up in 2015 and the island later became a key hub for the Greater Bay Area.

By the end of 2020, the once-remote island had become a modern city with a total GDP of 46.8 billion yuan, according to official data.

The plan defines the cooperation zone, which covers a total area of 106 square kilometers, three times the size of Macao, as a new platform to boost the special administrative region's economic diversification, and a new space to facilitate Macao residents' life and employment.

As the world's gambling hub, Macao's single economic structure made it vulnerable to turbulences such as the pandemic. Official data showed that its GDP shrank by 56.23 percent year on year in 2020 when tourist numbers dropped 80 percent compared to 2019.

The over-dependence on gambling and tourism also discourages young people from joining promising industries such as technology.

To encourage talents and businesses to join the cooperation zone, generous tax cuts and other preferential policies are offered.

As an integration platform, the Hengqin zone adopts a co-management system.

Ma Xingrui, the governor of Guangdong, and Macao's chief executive Ho have been appointed as the co-leaders of the Hengqin zone administration committee, which will make major decisions on plans, policies and personnel appointments.

The management mechanism showed that the Hengqin zone will fully consider Macao's needs and requests, according to a research note from China Merchants Securities.