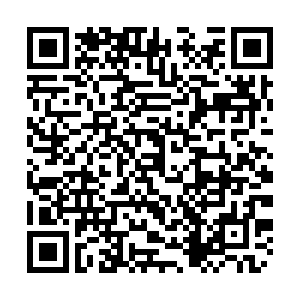 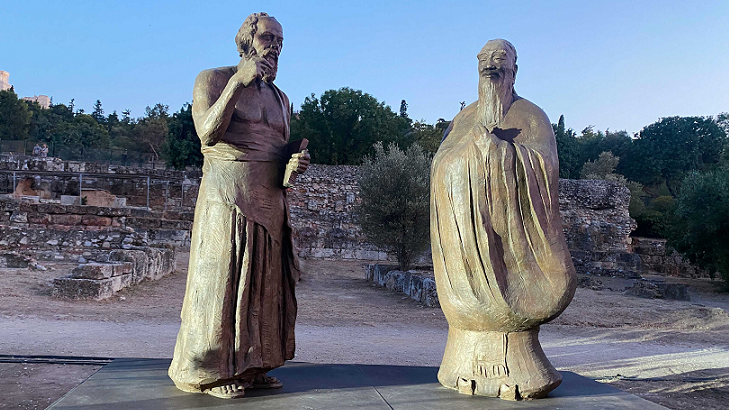 The sculpture "Socrates and Confucius: A Meeting" which by the curator of the NAMOC, Wu Weishan, is unveiled in Athens, Greece, September 16, 2021. /CMG

The sculpture "Socrates and Confucius: A Meeting" which by the curator of the NAMOC, Wu Weishan, is unveiled in Athens, Greece, September 16, 2021. /CMG

As one of the important events of the opening ceremony of "Greece-China Year of Culture & Tourism in 2021", a bronze sculpture "Socrates and Confucius: A Meeting" which made by Chinese sculptor and curator of the National Art Museum of China (NAMOC) Wu Weishan, unveiled at the archaeological site of the Ancient Agora near the Acropolis in the center of Athens, Greece on Thursday.

The work takes "dialogue" as the theme, and expresses the wisdom and style, spirit, and philosophy of Confucius and Socrates through freehand brushwork sculpture.

The two sages, representing different cultures, have exchanged ideas and exchanged souls across thousands of years. This not only reflects the vision of mutual learning and common development between Chinese and Greek civilizations but also shows the shared future of mankind.

The statues were unveiled by Greek and Chinese officials.

The sculptor Wu said in a video address that Confucius and Socrates are two historical giants of the East and the West. The creation is intended to show the interconnectedness of human emotions and a common vision for a better future.