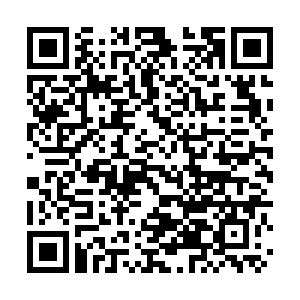 Pakistani Prime Minister Imran Khan said Friday that his country will severely punish the perpetrators of July's Dasu terrorist attack and make all-out efforts to ensure the safety of Chinese citizens in the country.

A bus carrying Chinese workers was hit by a blast in the Upper Kohistan district of Pakistan's northwest Khyber Pakhtunkhwa Province on July 14, killing nine Chinese nationals and three Pakistanis.

Both nations have strongly condemned the attack.

Khan told Chinese State Councilor and Foreign Minister Wang Yi during a meeting that the attack will not deter his government from pushing ahead firmly with the construction of the Pakistan-China Economic Corridor as it will bring benefits to the Pakistani people.

The meeting took place on the sidelines of the Shanghai Cooperation Organization summit in Tajikistan's capital Dushanbe, according to a statement from the Chinese Ministry of Foreign Affairs.

Khan thanked China for providing Pakistan with timely and effective assistance to fight the pandemic and help its economy recover, and emphasized that the Pakistan-China friendship has been tested by the changing international landscape and cannot be disrupted by any force.

Pakistan is unwavering in its will to deepen all-around cooperation between the two countries and is not afraid of any external pressure, he said.

China and Pakistan always understand, trust and support each other, Wang told the Pakistani leader, and their all-weather strategic cooperative partnership remains iron-clad and rooted in the hearts of their peoples.

He said China will firmly support Pakistan in safeguarding its national sovereignty and dignity and in playing a more important role in international and regional affairs.

The Chinese foreign minister was attending the summit as a special representative of Chinese President Xi Jinping.

Khan also briefed Wang on Pakistan's position on developments in Afghanistan, where the Taliban has taken over.

The two sides agreed to further strengthen strategic coordination as the Afghan situation has undergone major changes and now stands at a historical juncture, so as to jointly play an active role in stabilizing the situation, combating terrorism, and maintaining regional peace.