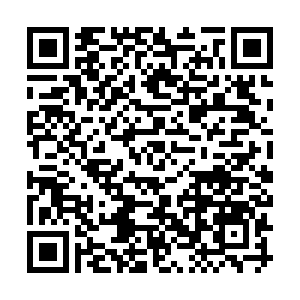 The Shanghai Cooperation Organization (SCO) member countries have agreed that political and diplomatic means, on the basis of sticking to widely recognized principles and norms in international law, are the "only way" to settle regional conflicts, according to a declaration released on Friday in reference to the situation in Afghanistan.

The SCO members said in the Dushanbe Declaration, released after the 21st Meeting of the Council of Heads of State of the SCO, that they support Afghanistan in becoming an independent, neutral, unified, democratic and peaceful country, and in rooting out terrorism, war and drugs.

As the SCO celebrates its 20th anniversary this year, its members noted that the organization has entered a critical phase of development, and that it is necessary for the SCO to deepen and expand internal cooperation while not seeking to build a political-military alliance or a supranational organization of economic integration.

In the declaration they reaffirmed that in defending regional peace and stability, it remains one of the SCO's priorities to crack down on all forms of terrorism, separatism and extremism. But no attempt will be allowed to interfere with other countries' internal affairs in the name of combating terrorism and extremism, they added.

On economic issues, the SCO members noted that the world economy is still facing multiple challenges, with sustainable and balanced growth held back, adding that the COVID-19 pandemic and the resurgence of protectionism are dimming global economic prospects.

While highlighting the need to strengthen SCO cooperation in tackling the crises and mitigating their negative impacts, they reiterated that it is important to continue improving the global economic governance system.

The member states pledged to continue to defend and reinforce the open, transparent, fair, inclusive and non-discriminatory multilateral trading system based on the principles and rules of the World Trade Organization (WTO).

They also vowed to facilitate the development of an open world economy and oppose unilateral protectionist moves that undermine the multilateral trading system and threaten the world economy.

Meanwhile, they stressed that it is imperative to implement inclusive reforms of the WTO as soon as possible and adapt its development to today's economic situation.

The SCO members also agreed to strengthen cooperation in a variety of other areas, including international information security, defense, culture, education, science and technology, healthcare, climate change, sports and tourism.