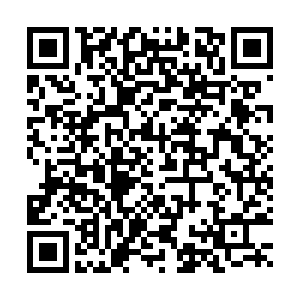 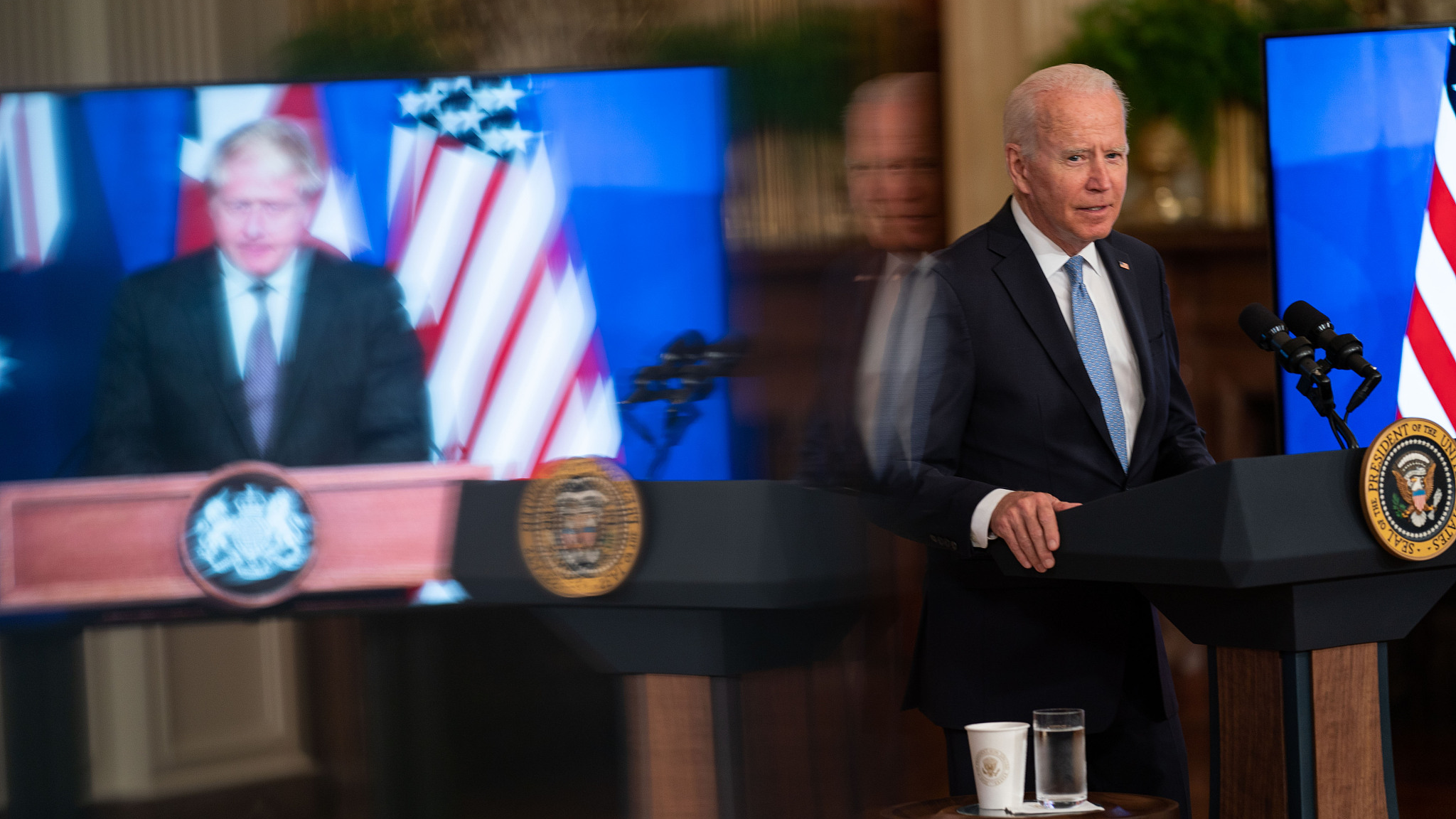 U.S. President Joe Biden delivers remarks about a national security initiative to announce that the United Staters will share nuclear submarine technology with Australia from the East Room of the White House Complex in Washington, D.C., September 15, 2021. /CFP

U.S. President Joe Biden delivers remarks about a national security initiative to announce that the United Staters will share nuclear submarine technology with Australia from the East Room of the White House Complex in Washington, D.C., September 15, 2021. /CFP

Did anyone imagine that the British Empire was a thing of the past? The latest moves by the Biden administration clearly indicate that it has been reincarnated under U.S. leadership and that the old "gunboat diplomacy" which in the 19th century was led by Her Royal Majesty Victoria is now being led by an American President. President John Quincy Adams warned long ago that the United States should never become "a cockboat in the wake of a British man-of-war".

Little did he imagine that the British - and now their Australian subjects - would become a "cockboat in the wake of an American man-of-war."  The Brits are not taking this amiss, of course, since this allows Great Britain to become "Global Britain", again.

And the Aussies, ecstatic over the invitation to join the U.S.-British "special relationship" for all their talk of being independent, have always prided themselves on being part of that great mother, the British Commonwealth. And dreams of empire have never died in old Albion.

President Biden is also flaunting Adams' other advice about not going out and "seeking monsters to destroy." The "monster" in this case is the People's Republic of China, and while Biden is probably not intent on destroying it, he is intent on forcing China to kowtow to the rule of the "Anglo-American Order."

This is done under the pretext of preserving the post-World War II order, but this is all a hoax. The post-war order envisioned by Franklin Roosevelt was definitely not envisioned as an Anglo-American, or even a Western-dominated order.

Roosevelt made clear to Churchill that in the post-war world, he would not adopt Churchill's "18th century methods." There would be new nations brought into the world community like China and India, with very different cultures than in the West, and, yes, the Soviet Union would be an integral part of this order. This is the post-war world order that China and Russia are in fact defending. But with the death of Roosevelt, Churchill made a comeback, as did his 18th century methods. 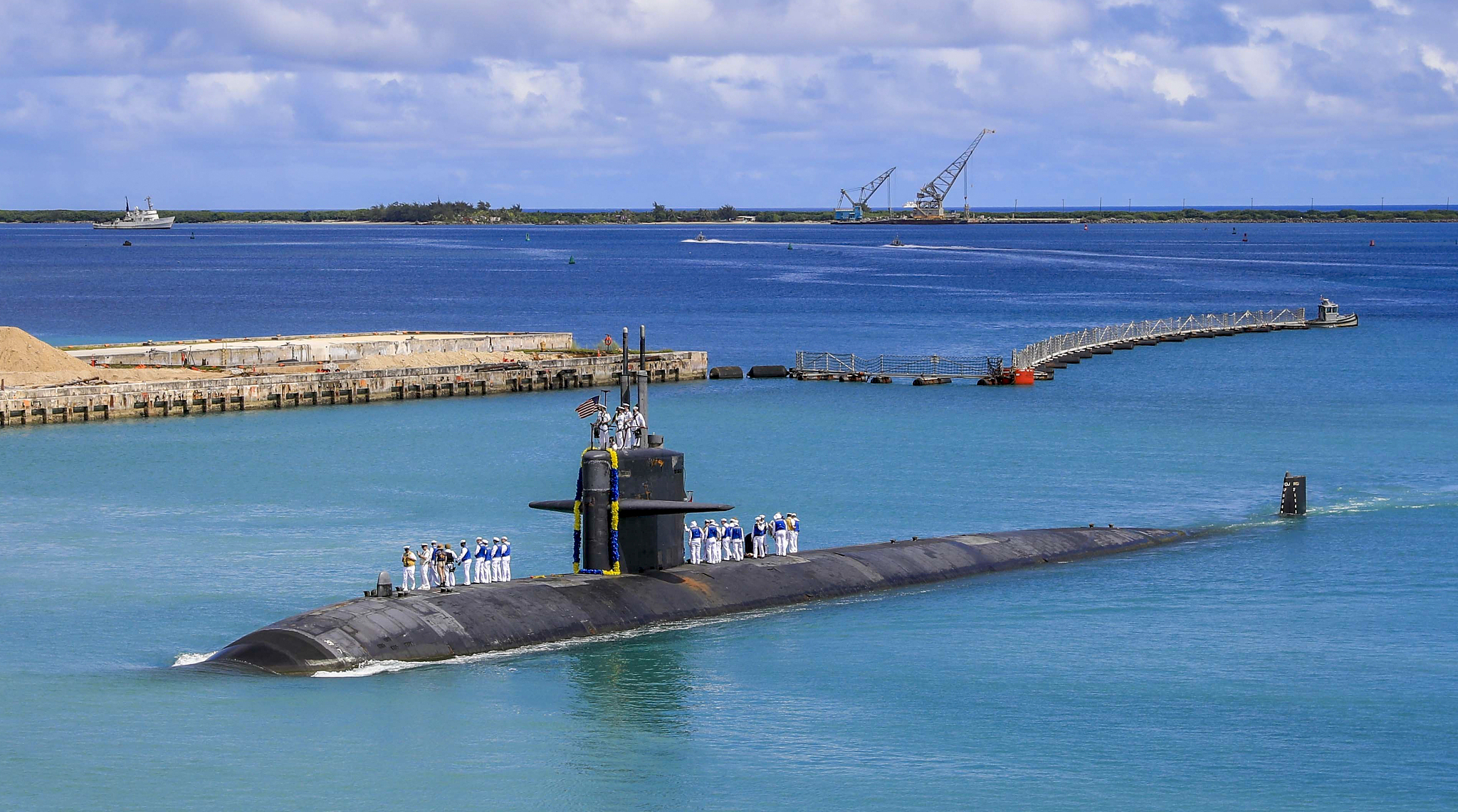 Most lamentable is how easy the U.S. administration has adapted itself to these imperial methods and the manner of thinking of the British Empire. But the latest moves by Biden have sent a clear signal to the world that the Biden administration is intent on securing the hegemony of the Anglo-American system in the world at large.

Few people will be happy with this development. Even the other European allies have felt left out of this "special relationship."  Foolishly, they will probably make their own plans for gathering their own military force to police the "Indo-Pacific," increasing the danger of military conflict.

And the ASEAN nations, once also oppressed by the "British man-of-war", will look askance at this development. China, as well as Russia, which are the targets of this misbegotten policy, will use this latest move to strengthen their own military preparedness and vigilance in the face of what they fear will be a coming conflict with the Anglo-Americans.

At the very least we are looking at a new arms race, which, if not stopped, will eventually lead to war. We have already seen, according to reports, "shots fired" in a flareup with Britain's HMS Defender in the Black Sea in Russian waters. And the Indo-Pacific is quickly becoming the new "cockpit of war."

The Australian submarine agreement sends the absolute wrong signal to the Chinese leadership. Ignoring Adams' advice, as well as that of Washington and Lincoln, Biden seems to be following Teddy Roosevelt's, namely "talking softly, but carrying a big stick," and he's carrying that stick to the "Indo-Pacific" with the worst of intentions. Both China and Russia will be looking at the actions rather than the words of the U.S. President.