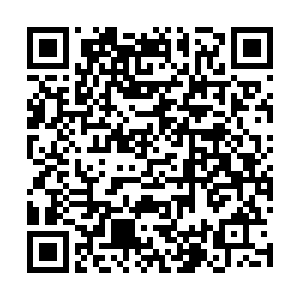 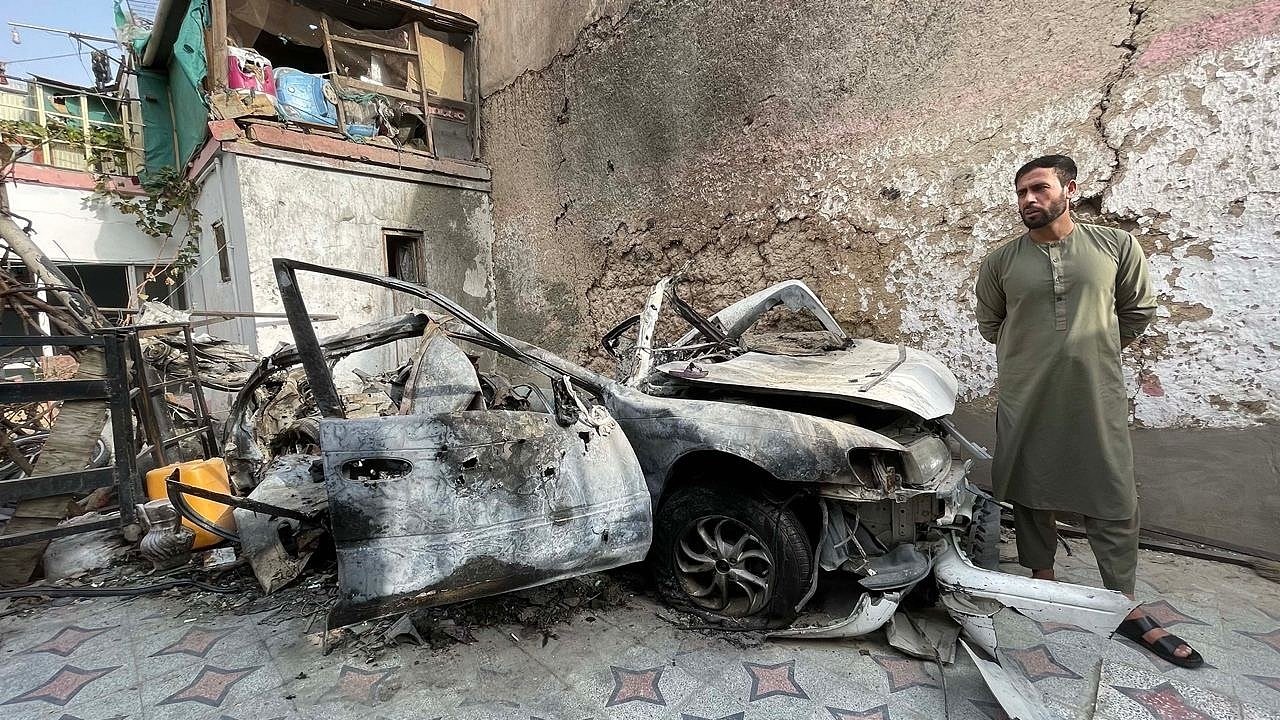 A view of the damage at Zemari Ahmadi family house after a drone strike one day before the final U.S. evacuation flights from Kabul in Kabul, Afghanistan, September 11, 2021. /CFP

A view of the damage at Zemari Ahmadi family house after a drone strike one day before the final U.S. evacuation flights from Kabul in Kabul, Afghanistan, September 11, 2021. /CFP

Editor's note: Li Juan is a researcher and lecturer at the Human Rights Institute of Southwest University of Political Science and Law. The article reflects the author's opinions and not necessarily the views of CGTN.

On September 14, the 48th session of the United Nations (UN) Human Rights Council held a dialogue with the High Commissioner for Human Rights. Jiang Duan, the minister of the Chinese mission to the UN in Geneva made a joint speech on behalf of a group of countries, pointing out that the United States and its allies had been fighting Afghanistan for 20 years and the U.S.-led military intervention in Afghanistan is the root cause of the humanitarian disaster in Afghanistan.

The joint statement called on the High Commissioner for Human Rights to continue to pay attention to the serious negative impact of military intervention by these countries on the human rights of the Afghan people, and to hold their soldiers accountable for crimes such as killing Afghan civilians.

Firstly, the U.S. airstrikes in Afghanistan caused a large number of civilian casualties. On August 29, 2021, the U.S. military launched an air raid and destroyed a residential house in Kabul, killing a family of 10, including seven children. The youngest was only two years old. On October 3, 2015, the medical charity "Doctors Without Borders" was attacked by U.S. airstrike in Kunduz, killing 19 people, 12 medical staff, seven patients including three children. The laws of war permit attacks only against military objectives, civilians are immune from attack. Attacks that target civilians, that are indiscriminate, or that cause disproportionate civilian loss are unlawful.

Secondly, there are a lot of abuses of prisoners. In 2016, the U.S. Department of Defense was forced to publish hundreds of photos of prisoners abused by U.S. troops stationed in Afghanistan. In 2020, the chief prosecutor of the International Criminal Court stated that there is evidence that nearly 100 Afghan prisoners were tortured, abused and even raped during the interrogation.

It is quite ironic that the U.S. initially took military intervention in Afghanistan to fight terrorism and solve the human rights issues of the Afghan people, but it brought disaster to Afghanistan. But this result is not unexpected.

First, on the balance between protecting human rights and U.S. national interests, the U.S. always chooses the latter. Therefore, in military operations in Afghanistan, the U.S. put its national interests above the right to life of Afghan civilians, which also reflects the double standards adopted by the U.S. government. 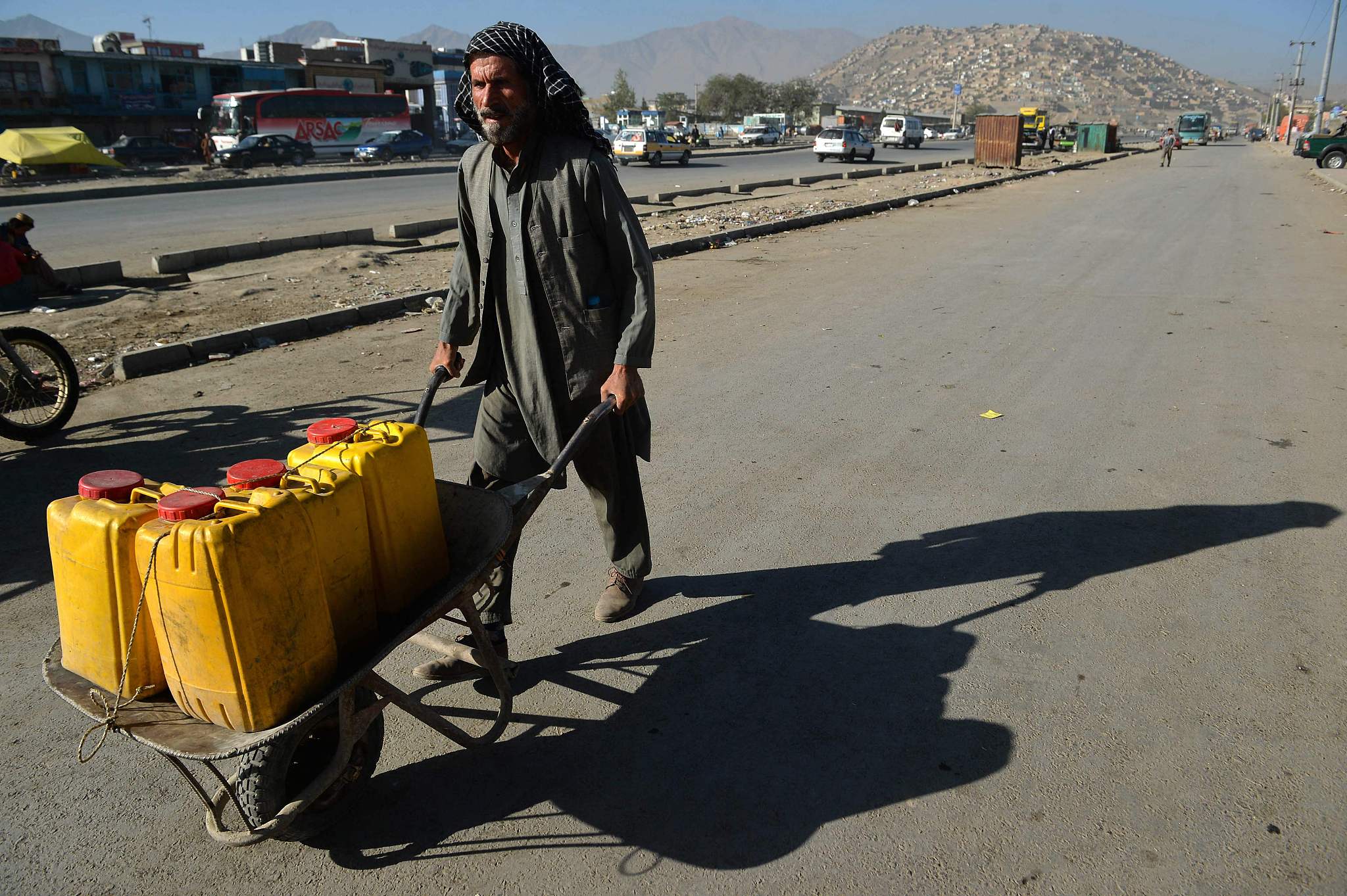 An Afghan man pushes a wheelbarrow loaded with plastic containers through a street in Kabul, September 17, 2021. /CFP

An Afghan man pushes a wheelbarrow loaded with plastic containers through a street in Kabul, September 17, 2021. /CFP

Second, military intervention is not a recipe for repairing so-called "failed states" and resolving human rights issues. Moreover, military action in the interests of a country is actually an act of interference in the internal affairs of other countries and infringement on their sovereignty. This kind of interventions has cost massive losses of human lives in many countries.

Why should the U.S. intervene when the consequences are so predictable? This is related to the U.S. myth of "the city upon a hill." This myth is widely used in U.S. politics and it underscores America's sense of mission as a lighthouse in darkness, bound to spread its light to the entire world. At the same time, it implies the idea of "superiority" of the United States, which urges the U.S. to act as "the defender of human rights" and "the global police" in international affairs. However, such logic is actually an excuse used by the U.S. to interfere in the internal affairs of other countries to seek national interests, is the embodiment of the political instrumentality.

Therefore, the United States and its allies should be held accountable for their violations of human rights in Afghanistan. It can be said that the U.S.'s 20 years of military action in Afghanistan is a huge failure. The core interests of Afghanistan, including sovereignty, security and development, have been severely undermined. The protection of human rights is out of the question.

And the war in Afghanistan continues to destroy lives. The unexploded ordnance from this war and the mines from previous wars continue to kill, injure and maim civilians, and tens of thousands of Afghans, especially children, are killed and injured while traveling and doing their daily chores. The war also caused invisible trauma. In 2009, the Afghan Ministry of Public Health reported that two-thirds of Afghans suffer from mental health problems.